I could say this was another new period but truthfully I've been painting and gaming with Franco Prussian war figures for over ten years. I painted these particular figures over the last month or so specifically to go with Scotty's Wurtemburgers and Baden figures (here) but I have had a corps for each side which have been done for years. The reason for this is that after originally having them based for Fire and Furia Francase (a version of the original Fire and Fury by Wyre Forest Games Club found here) and then re based them for ease of movement on double bases. This was for an adaptation of the Black Powder rules and which believe me I like and which worked well, but quite frankly after doing all this I've decided to go back to Fire and Furia. I just don't think you can beat them for the period!
Of course this means re basing the bloody things again which we all know is the bane of all wargamers lives but what the hay!
So here are the pictures of the recently painted figures, namely 1st and 2nd Division of Mc Mahon's 1st corps with artillery, plus their attached cavalry Division. The scale is 1:300 and each infantry unit represents a regiment.
Sorry the pictures are a bit blurred, not a good day with the camera!
Two infantry Divisions plus artillery and cavalry support: 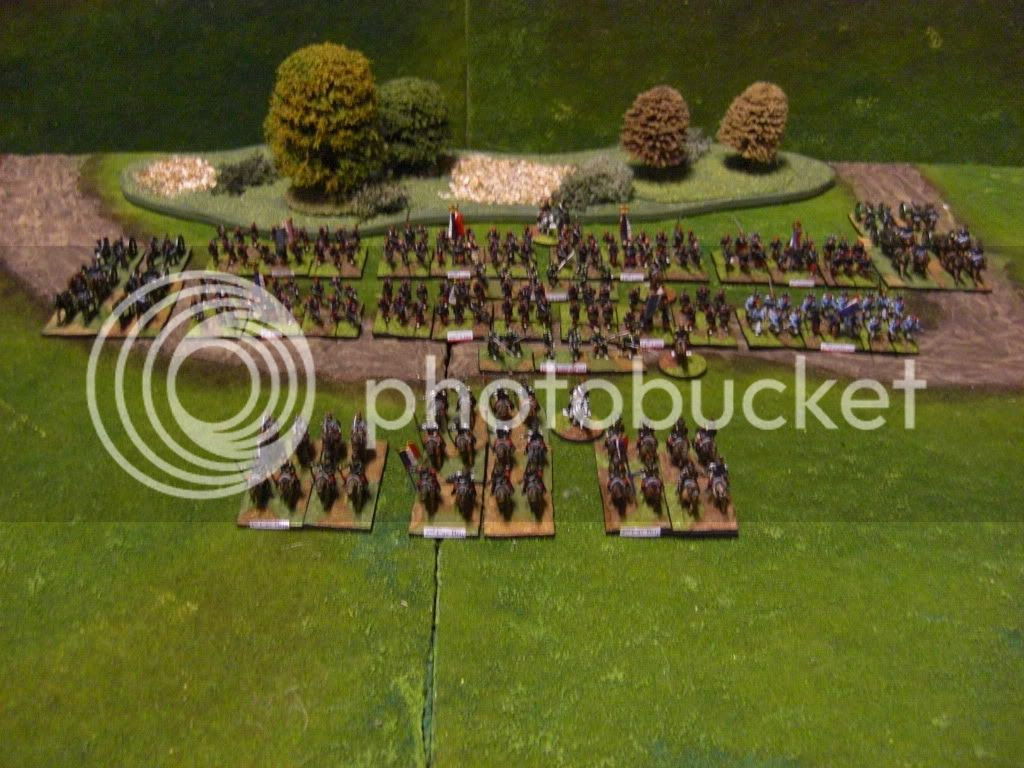 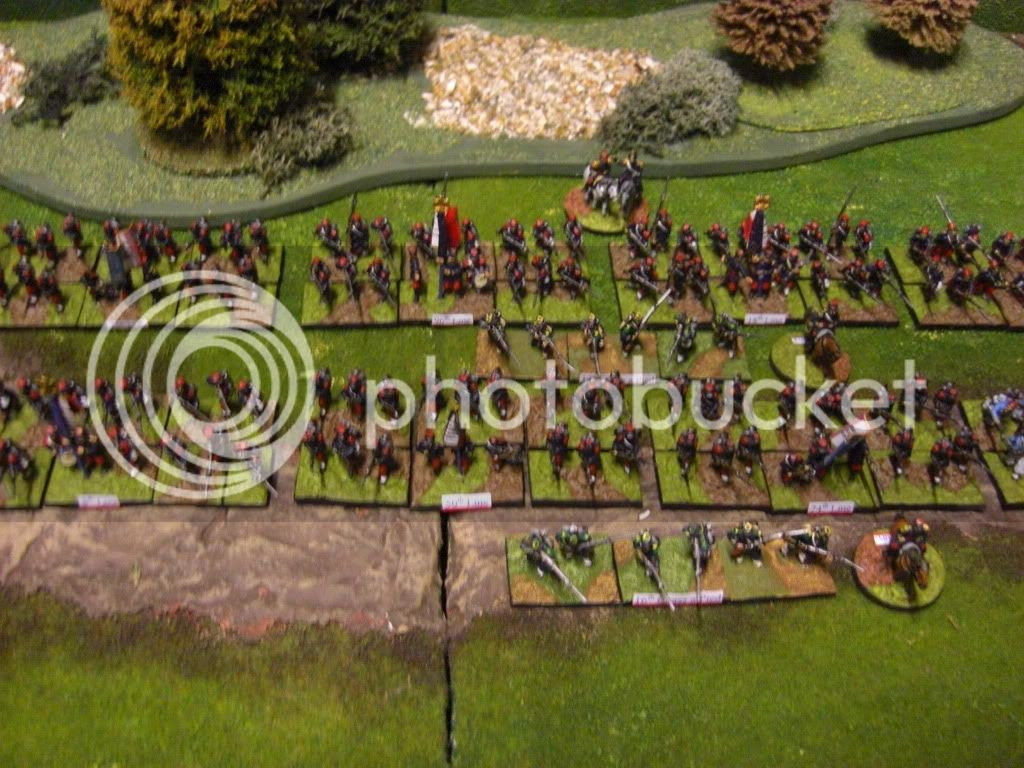 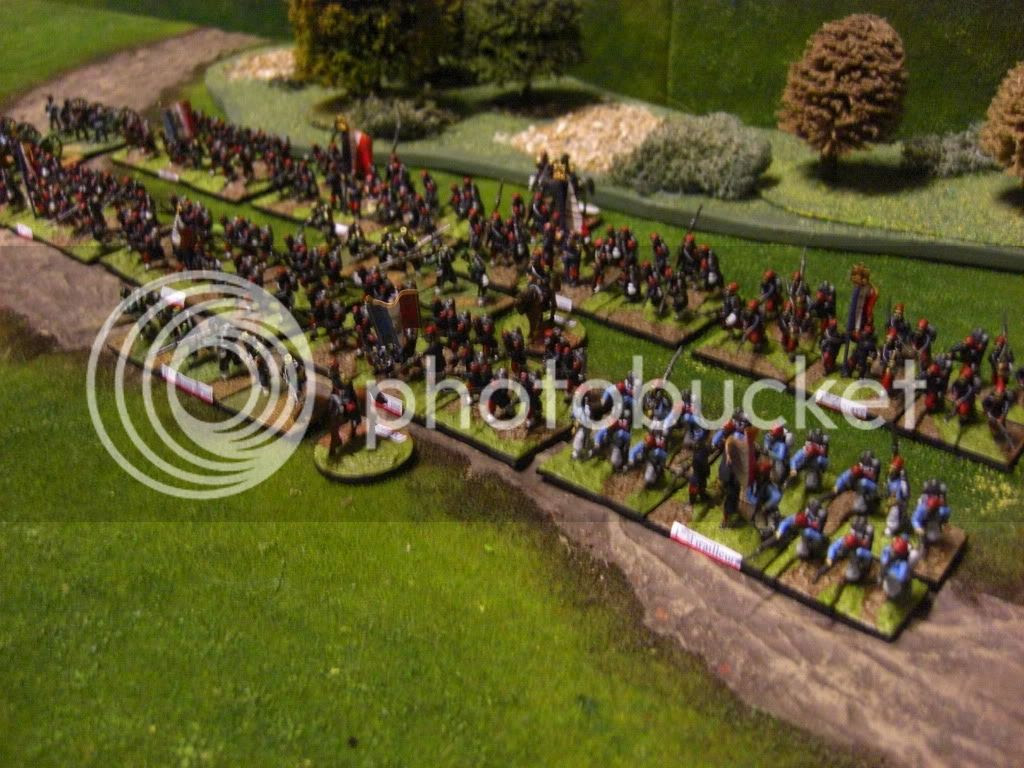 One artillery and one Mitrailleuse battery per infantry division: 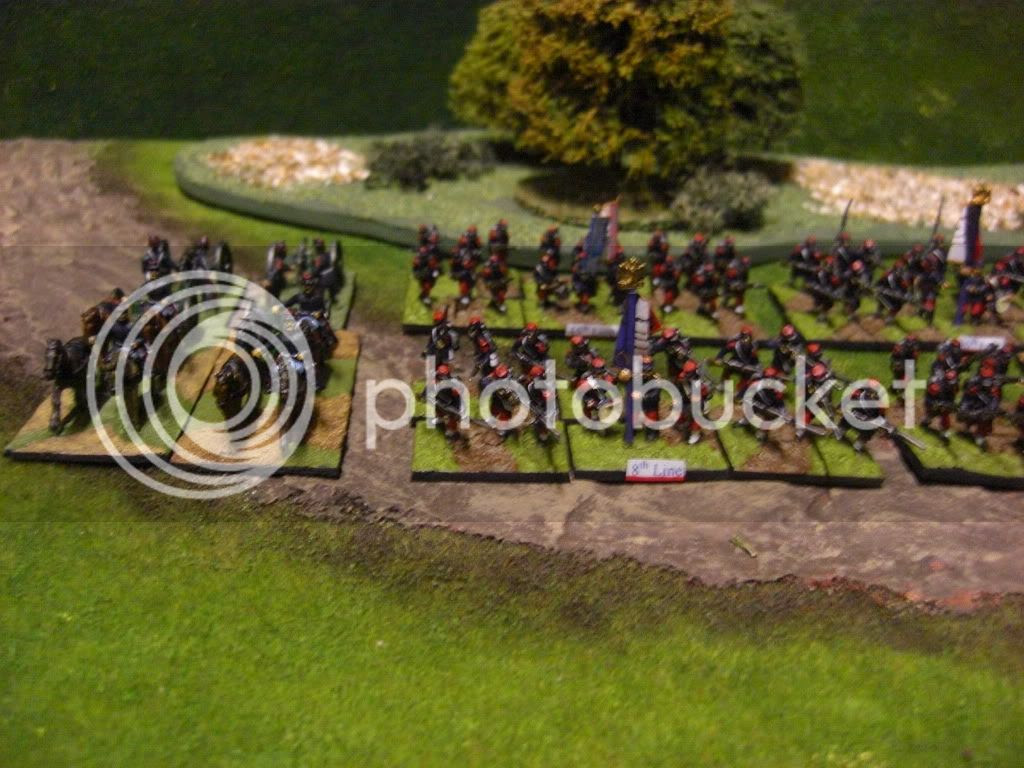 Chasseurs a Pied battalion (one per division): 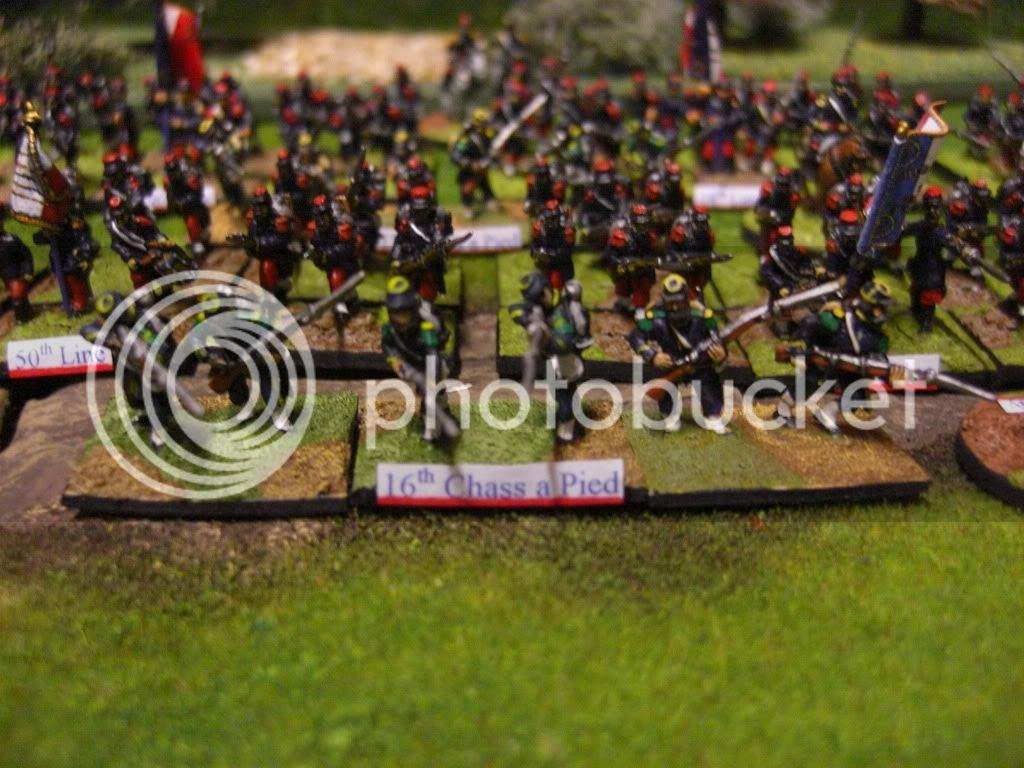 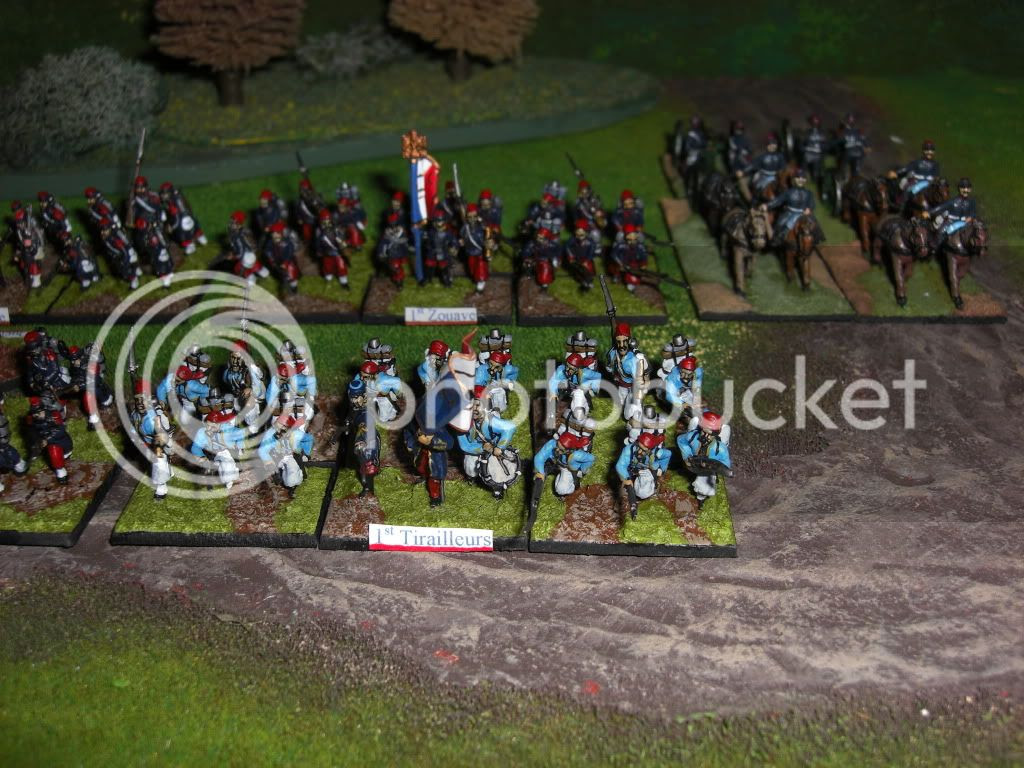 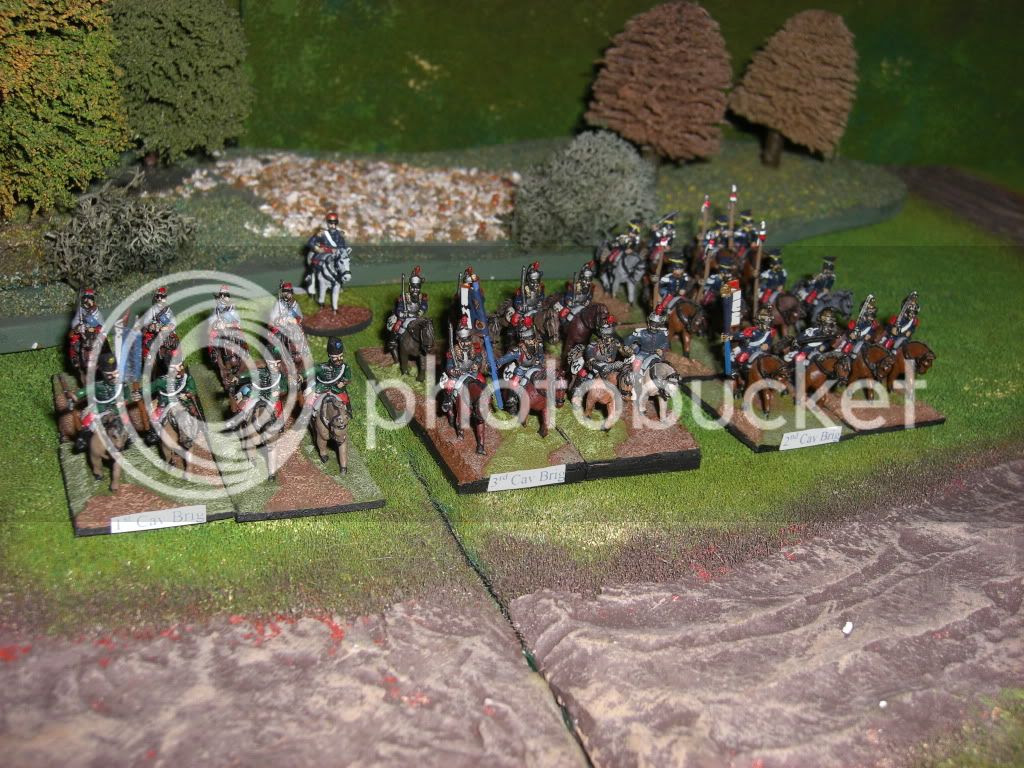 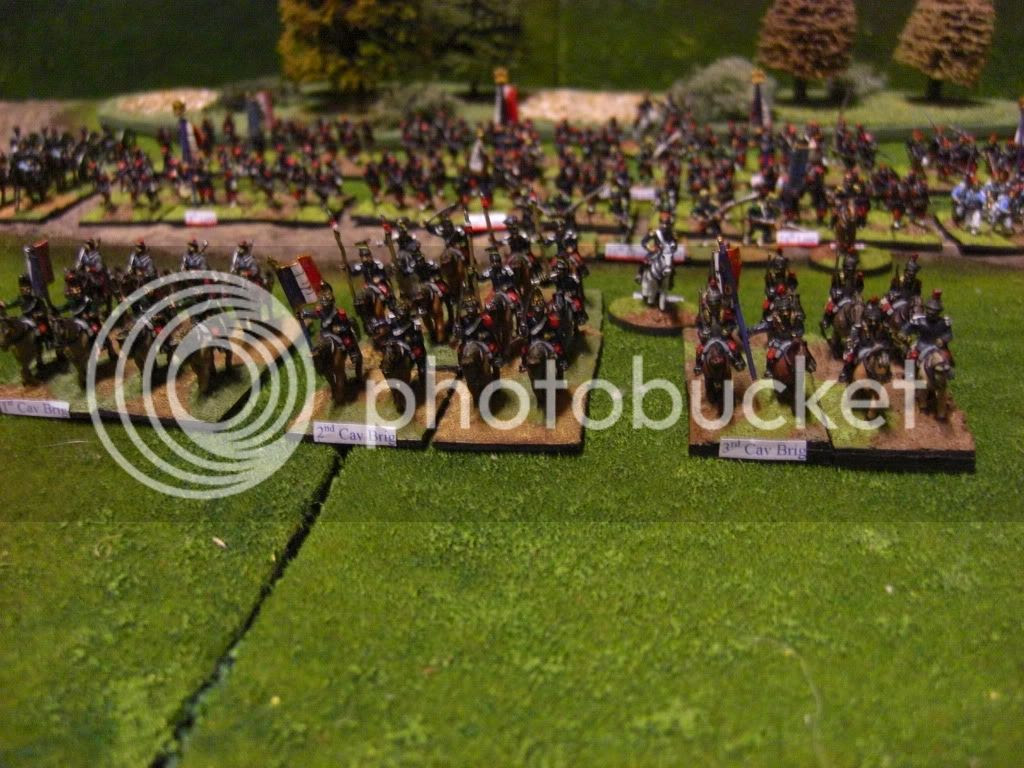 The figures are Outpost (though some of the ones in the pictures above happen to be some old Mini Figs I had lying around). There are better sculpted figures out there but they are fine when painted up and best of all they cover the whole range, and I mean everything both Imperial and Republican.
Like all of the units I do now I have typed out the names and stuck them to the bases, I think this give each unit a bit more 'personality', I actually care when they get creamed!
Bye for now,
Dave.
Posted by Dave Huntley (sheepman) at 10:19 4 comments: Links to this post