Well that is what a week off work does for you. I finally got these lads finished, though it has taken a bit of time I think it was well worth it as I have wanted to have this particular type of Chasseur battalion added to my French Revolutionary collection for quite some time.
This battalion shows the light infantry in its early form with the casque hat and an all green uniform which supplanted their white breeches and waistcoat introduced in 1789. I have taken some liberties with the tri-colour cockade and flagstaff but I'm sure it happened. The uniform carried through to 1794 at the latest being supplanted gradually by the more familiar all blue coat, breeches and chapeau of the mid to late revolutionary period. I have earlier painted up two battalions of those so that's covered!
All are Eureka 28mm figures. On to the photographs: 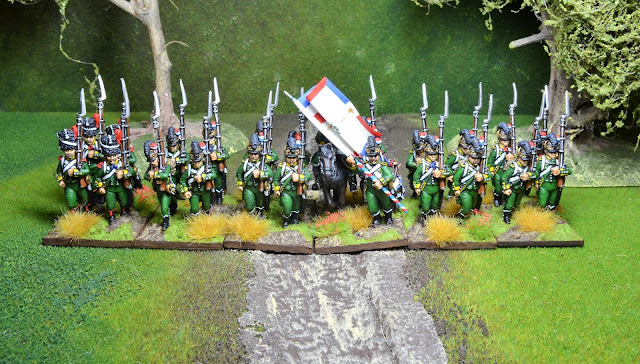 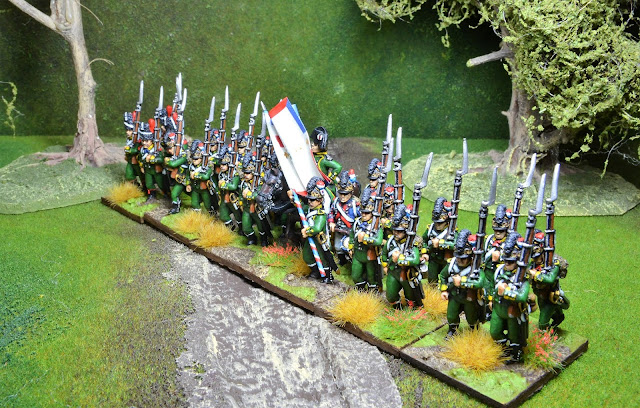 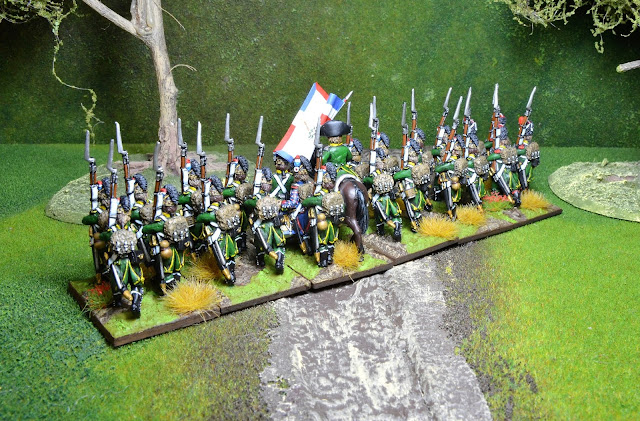 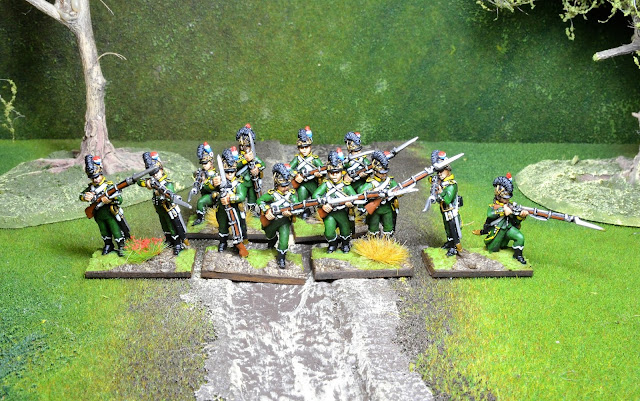 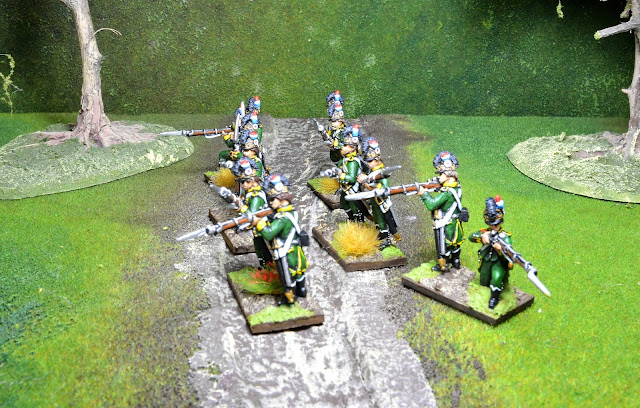 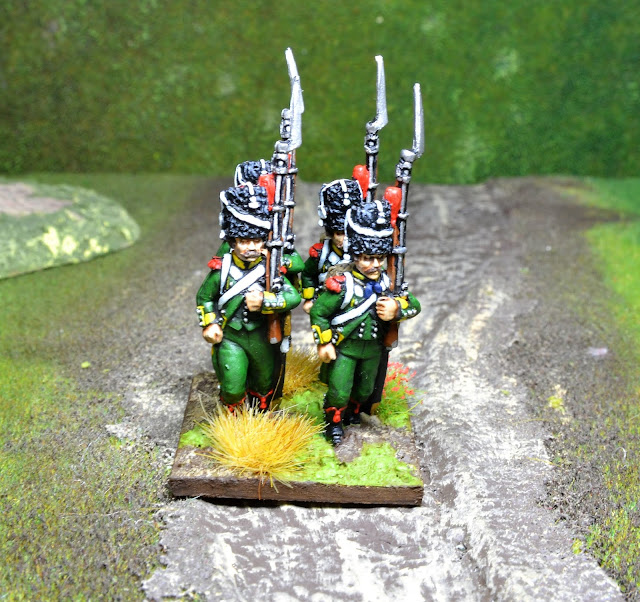 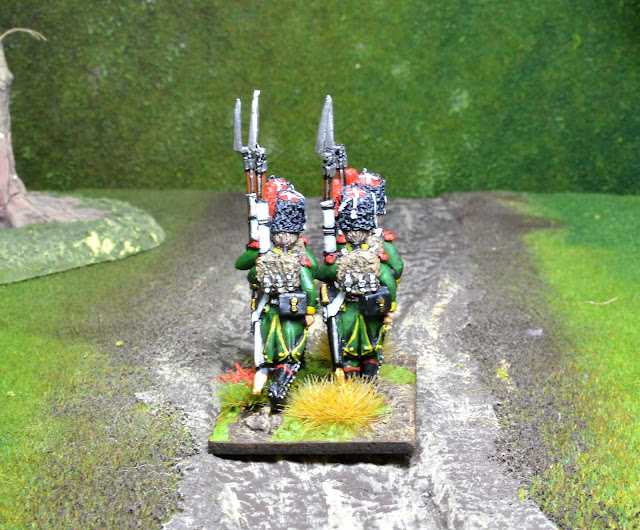 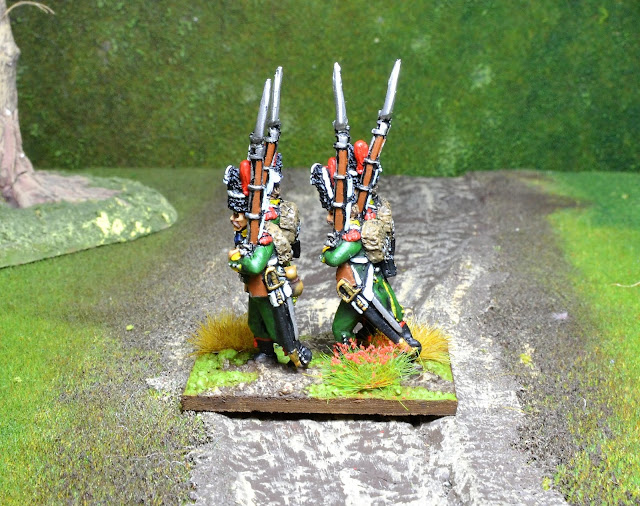 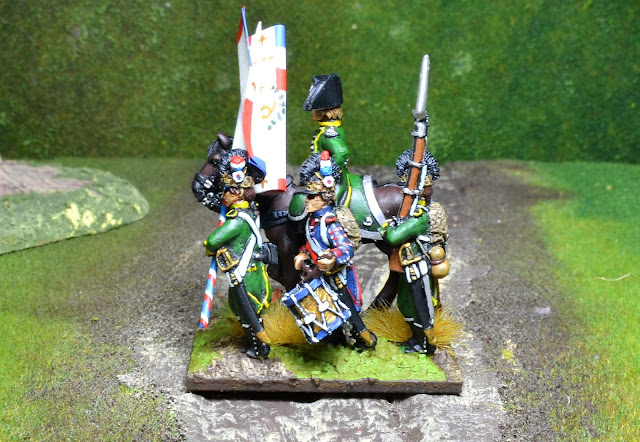 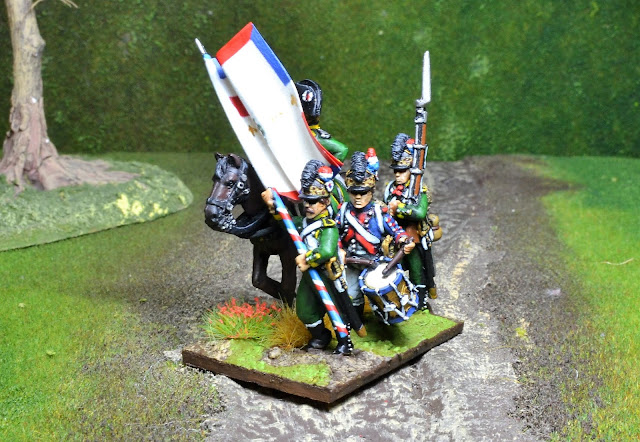 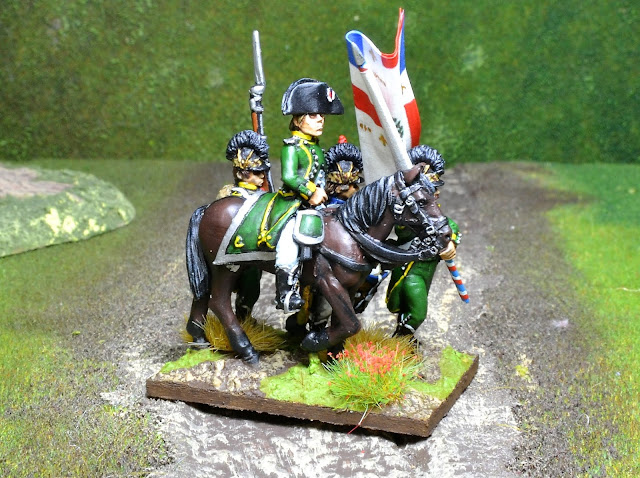 'We are accustomed to do our duty' German auxiliaries with the British army 1793-95.

Its not that I haven't been doing anything wargaming wise, its just that there hasn't been anything of interest to put on here for a while. I have tarted up some crappy looking rubber roads which now look great. I have made some hexagonal river sections which look ok and are functional. I have had some good knock about games both at the club and at home which were fun and exciting but none of that really needed to go on this blog as it was nothing particularly special.
I am however nearly finished a 28mm 1792 -3 French light infantry battalion which will look pretty good so that should get done soon.
However today I am doing something I have never done before and talking about a book that I purchased a while back and have just read. Now I don't know about you guys but my reading in terms of military matters has become more and more specific subject wise as the years have gone by. It's not that I know loads of things and therefore don't feel the need to cover a broad range of subjects, it's just that my interests seem to have narrowed and become more focused onto a more limited number of subjects.
One of those subjects are the French Revolutionary Wars, as a regular visitor will know I have a reasonable collection which is slowly expanding and I am therefore always on the lookout for more detailed reading matter specific to this period. Which is why I sent for 'We are accustomed to do our duty' German auxiliaries with the British army 1793-95 written by Mr Paul Demet and published by Helion. 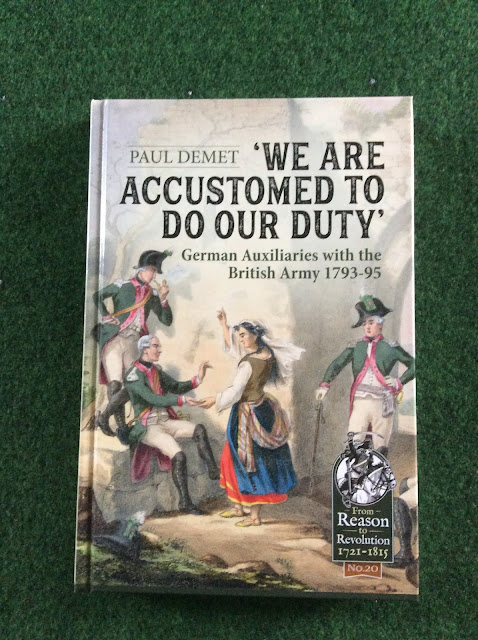 This is a hardback, plenty of maps covering the operations of the armies in the low countries and Germany during the campaigns and also contains a good number of colour uniform plates in the centre pages.
Split into three parts the book covers a full description of the hiring of the troops from the various states including Hanover, Hesse Cassel, Baden, Hesse Darmstadt and Brunswick, a process fascinating in itself. A full and comprehensive description of the campaigns in which the various auxiliary troops were involved with. The final section contains descriptions of the fighting methods and organisation of the contingents with full orders of battle for each.
Very well researched by Mr Demet using many original journals and documents from the contributory states I can say this is one of the most comprehensive studies into this particular subject I have come across. If you are into this period then get this book while if you are not then why not!
Dave.
Posted by Dave Huntley (sheepman) at 04:46 6 comments: