Malta visit 2017. The In Guardia parade.

My wife and I just returned from a weeks visit to Malta last night, god bless the woman, she put up with me trailing her about Valletta looking at all of the military stuff going on there, there's never enough time to see everything but I will shove on a few pictures of the 16th century re-enactment parade with some of the War Room, the control centre for the WW2 defence of Malta to be put up later.
The IN GUARDIA PARADE is a re-enactment that evokes an authentic event that took place regularly inside important military fortifications in Malta and Gozo. The re-enactment portrays the inspection of Fort St Elmo by the Grand Bailiff in charge of military affairs in order to ensure that the fort is in good condition to defend the Valletta peninsula and the two harbours situated on either side of it.
During the re-enactment, the soldiers and knights of the fort's garrison - some 50 re-enactors in all - are kitted out in their finest uniforms to perform their military drill in order to demonstrate to the Grand Bailiff their state of readiness in the event of a military threat.
This parade seems to take place each Sunday throughout the summer months. I have seen pictures of it before so wanted to go but I was even more impressed when we went. 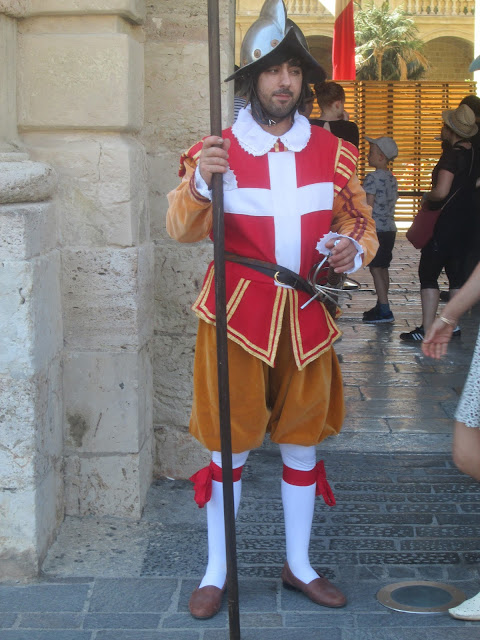 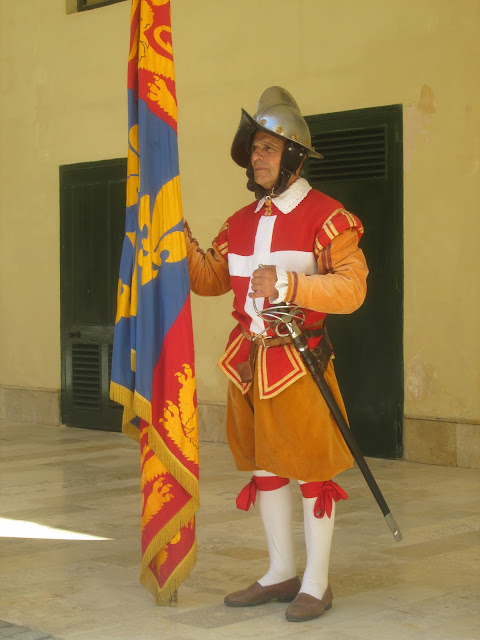 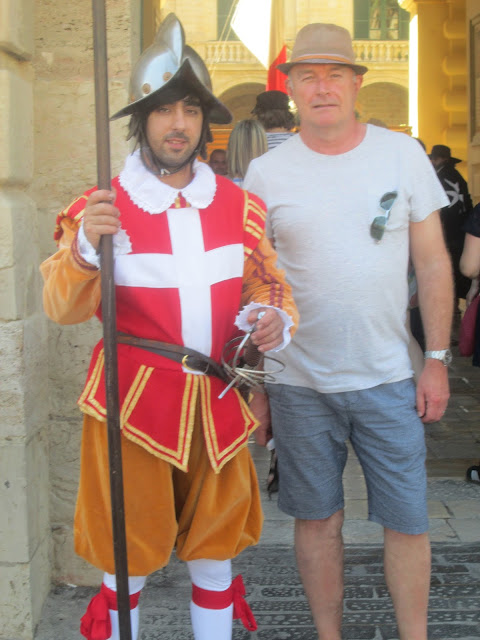 Who's the propa Geordie lad here like, Canny hat! 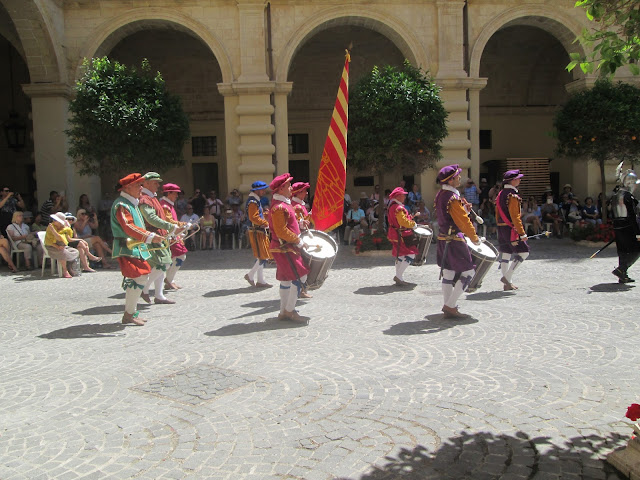 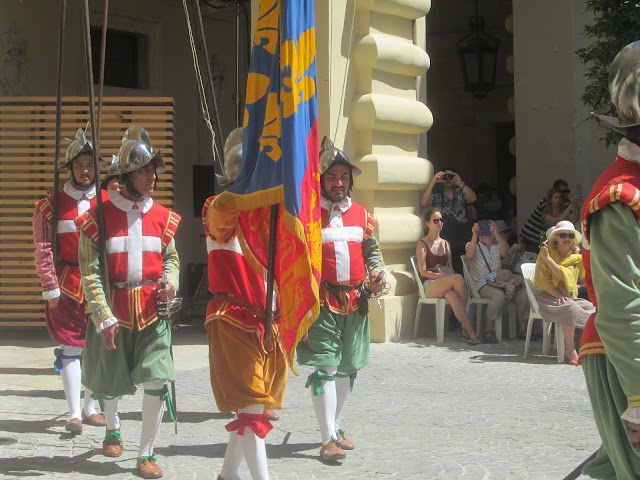 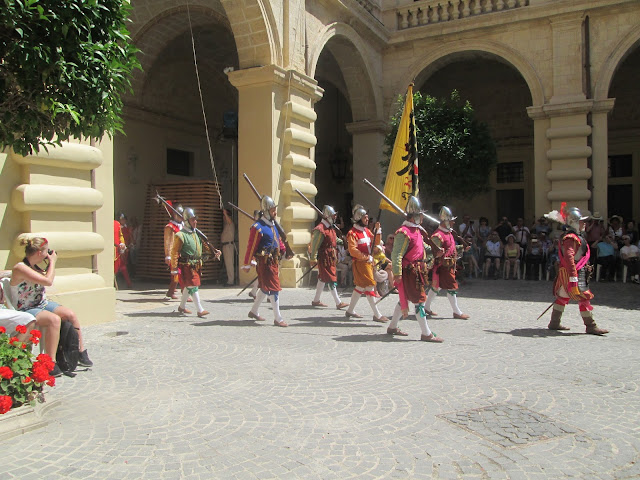 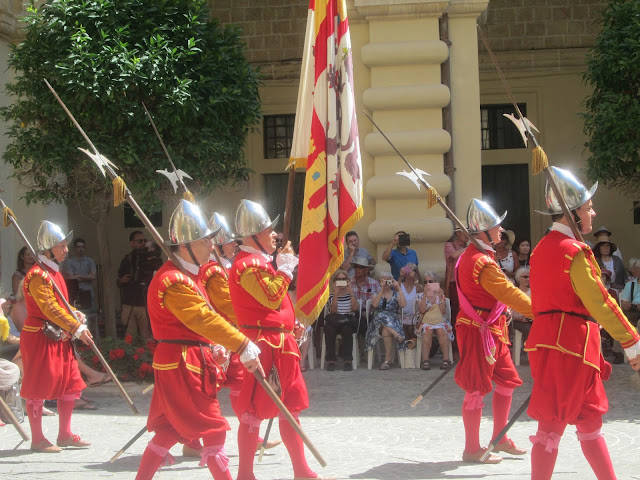 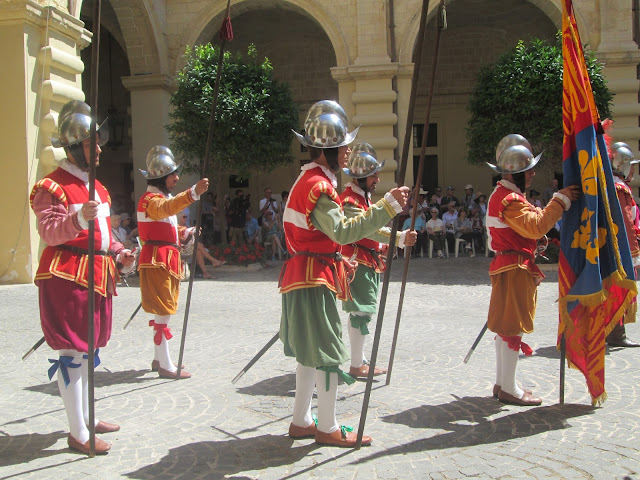 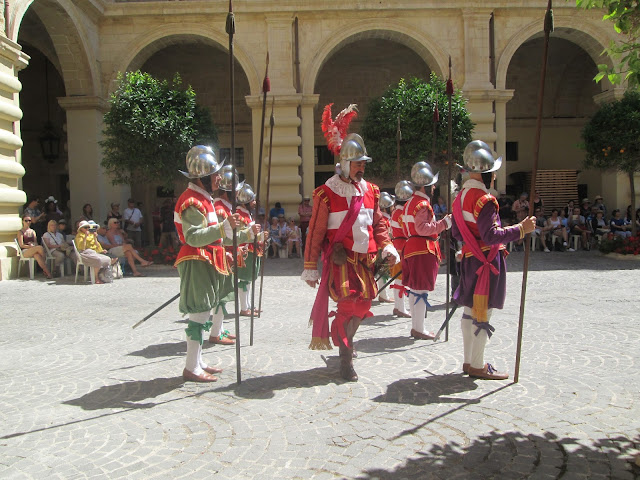 I would guess that the 'pike' would be lengthier in the field, these would be for guard duty. 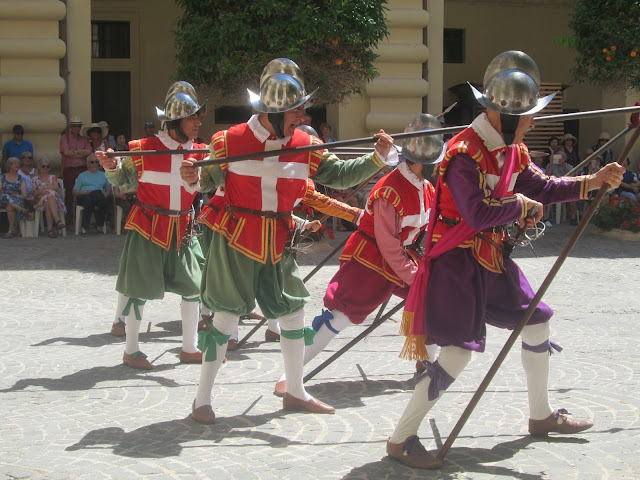 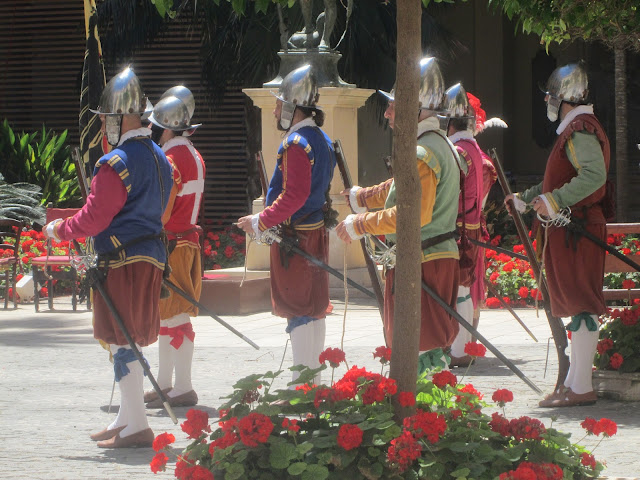 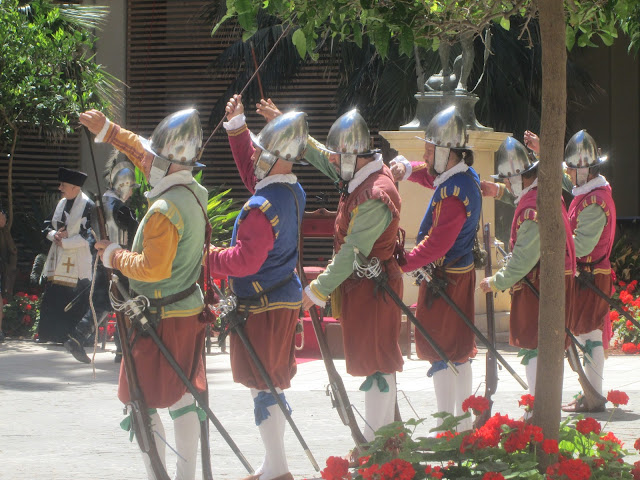 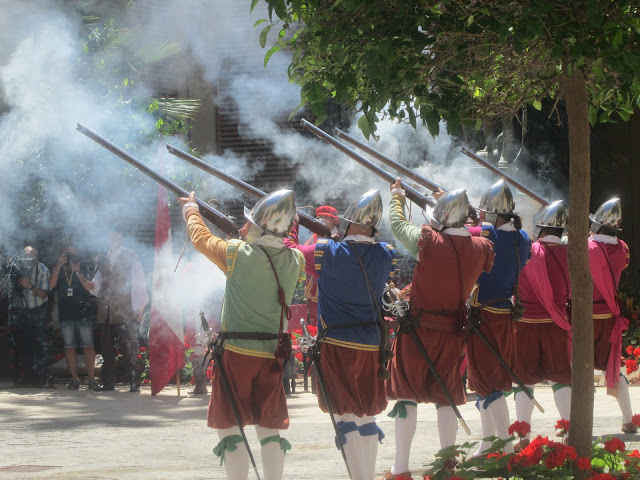 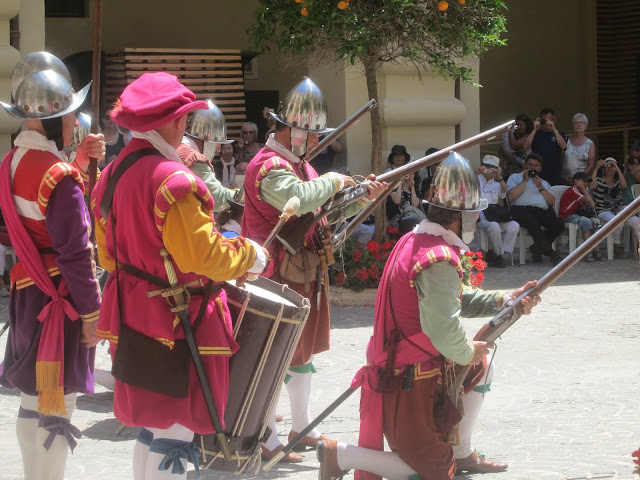 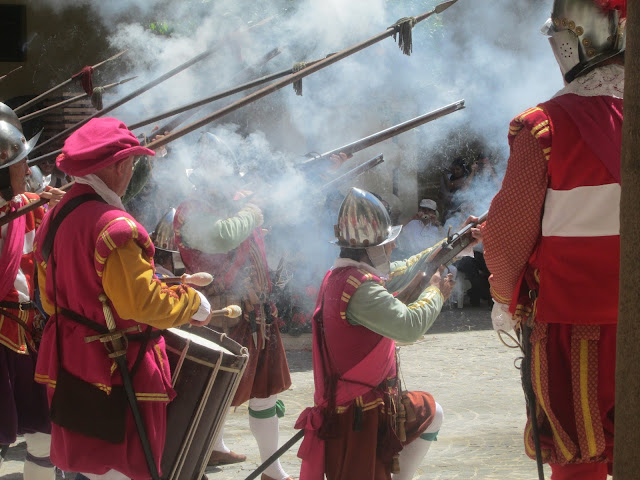 God bless my wife, she thought they were shooting feathers out of the barrels, told her it was the wadding. 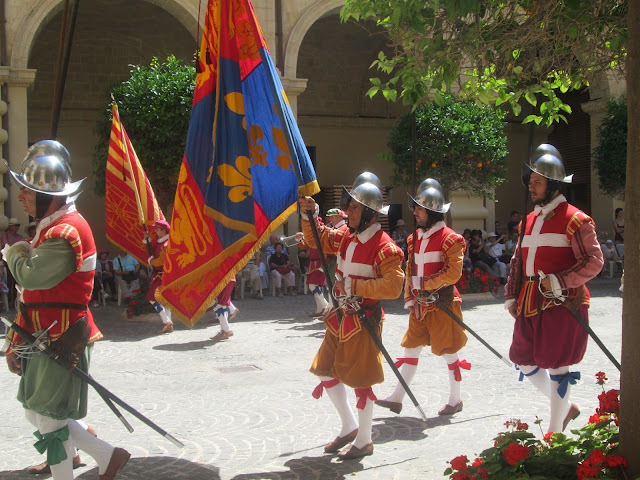 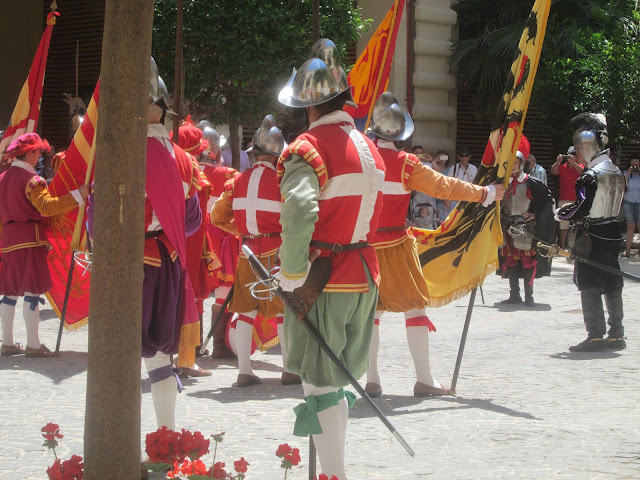 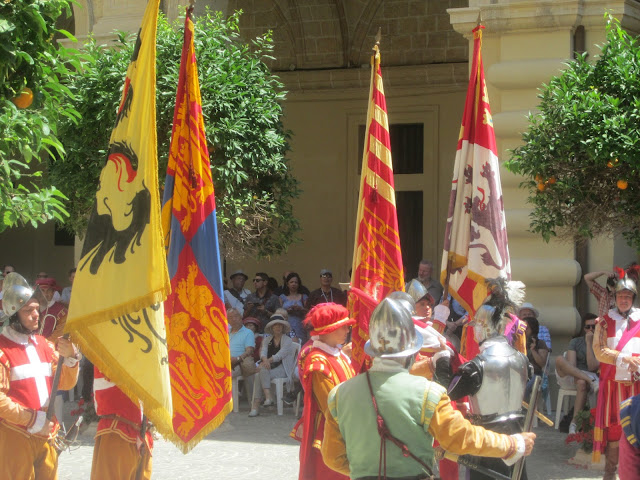 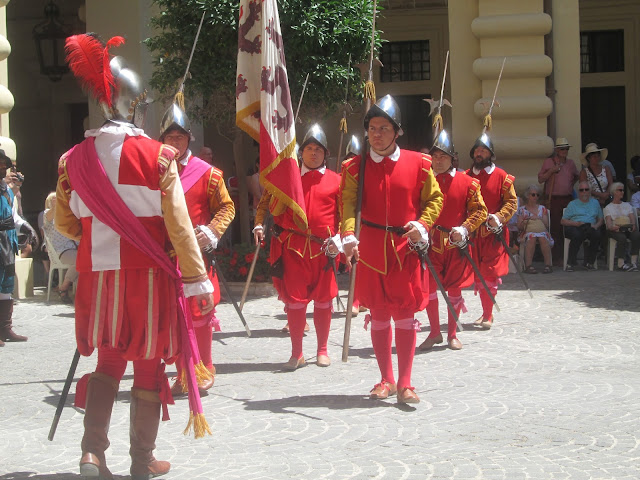 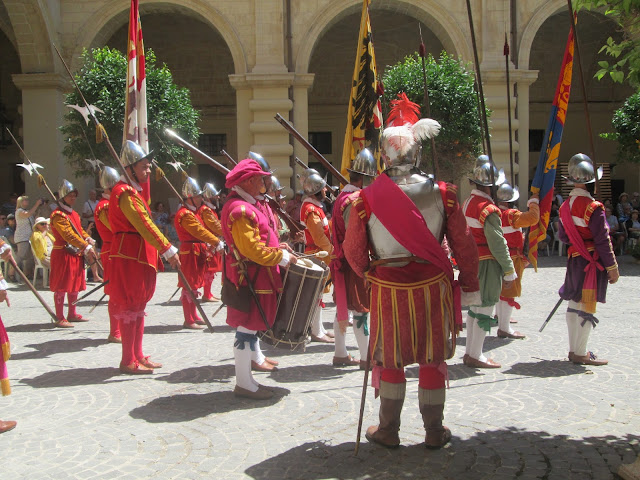 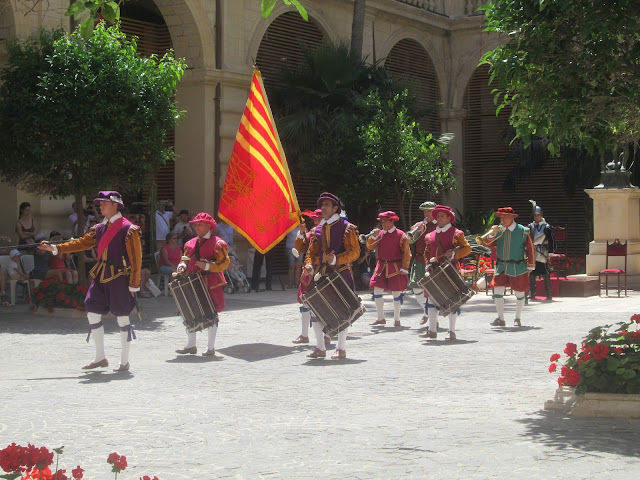 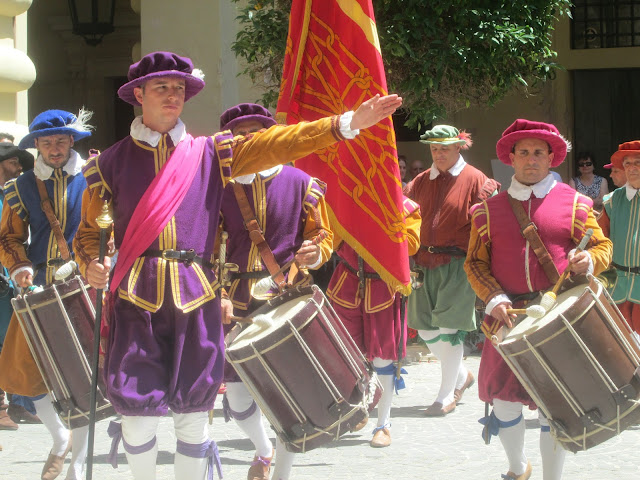 Not what you think, left wheel! 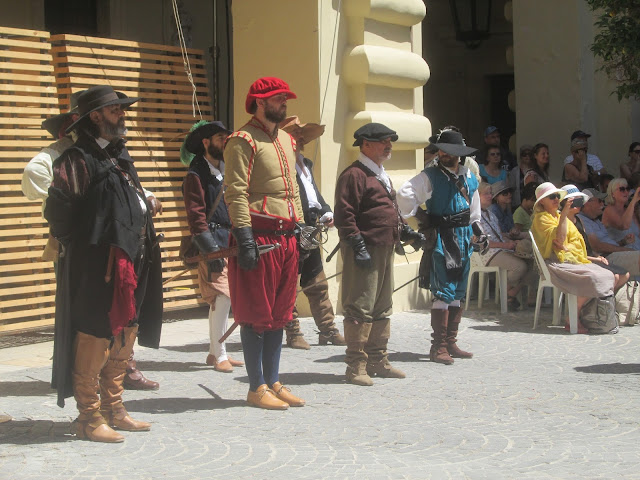 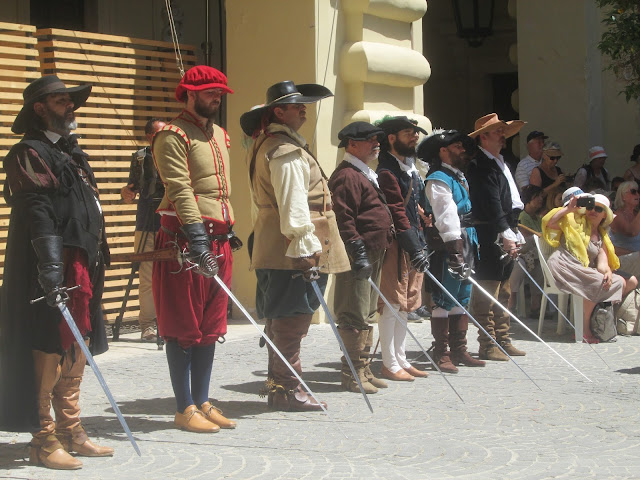 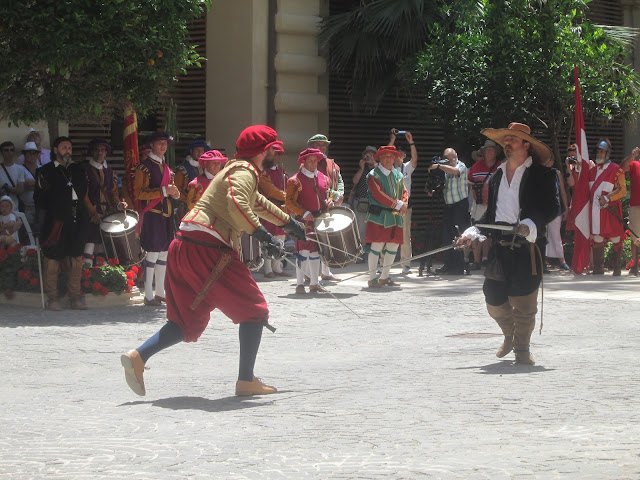 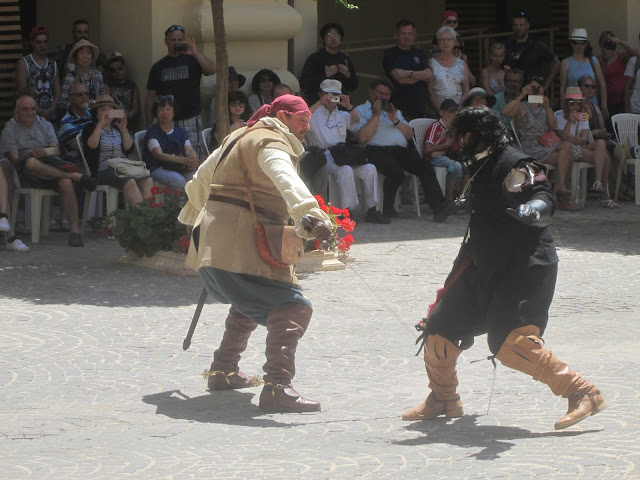 It all ended with a bit of roughty toughty from these chaps.
All very well done, it's nice to see the uniforms 'live' as it were. In Northumberland we don't get to see the ECW re-enactors very much, they do the odd thing but not in any numbers so I enjoyed this lot.

I'll put on some pics of the War Rooms another day.
Dave.
Posted by Dave Huntley (sheepman) at 07:01 5 comments: