A few Vendee rebel personality figure from Trent Miniatures painted up here, didn't take that long. I bought them a while back and it actually took me longer to remember who the manufacturer was than doing the painting - seriously! 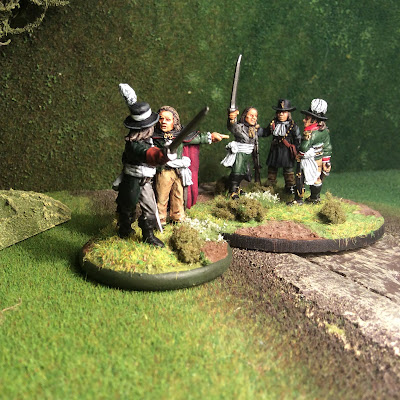 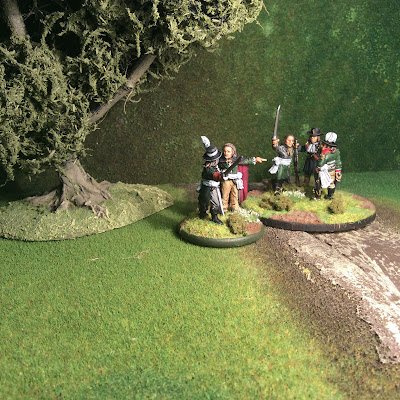 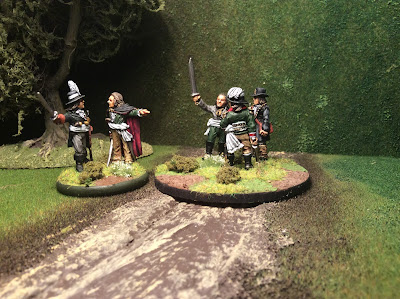 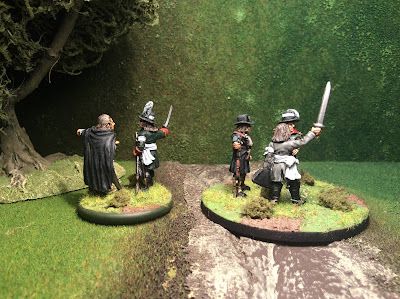 An epiphany, when I went to Mick's fantastic wargames garage conversion the last couple of times we all commented on the fact that he was now using 6mm model buildings to represent towns/villages etc instead of his old 15mm gear. 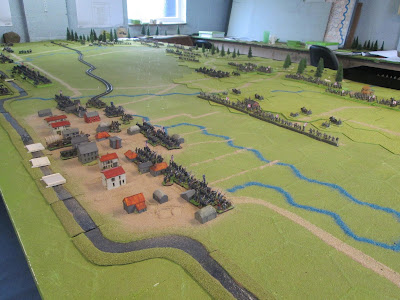 I thought, well that looks about right, the smaller models allow troops to be placed in the town yet doesn't look out of place scale wise.
So onto EBay with most of my 15mm buildings and out with the decorating brush for the 6mm buildings from Leven Miniatures and TimeCast : 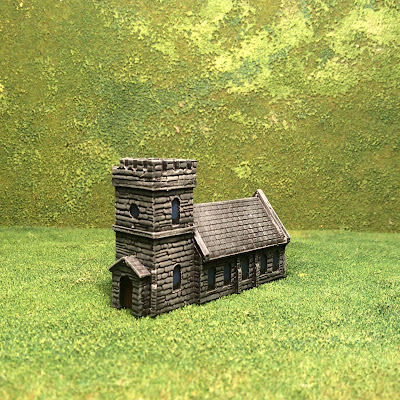 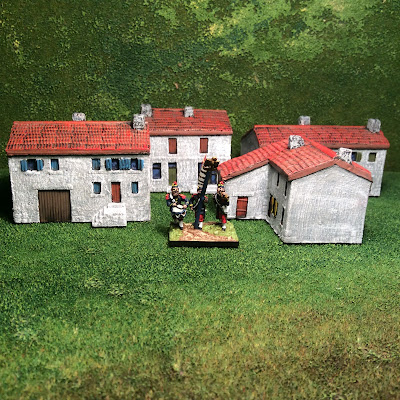 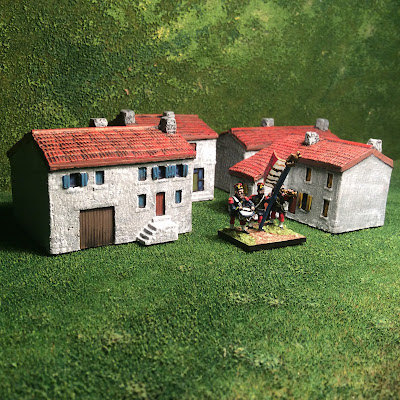 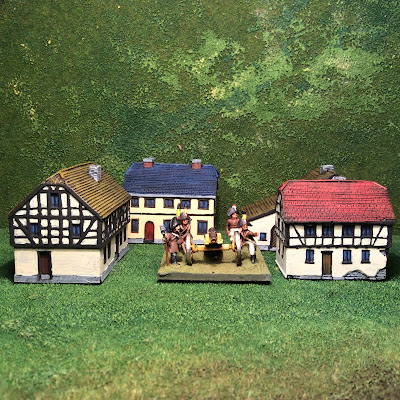 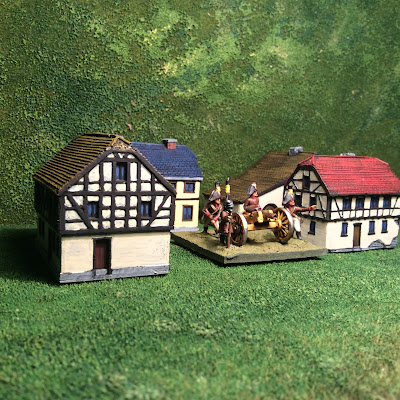 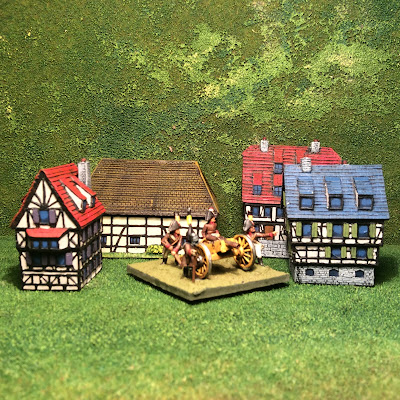 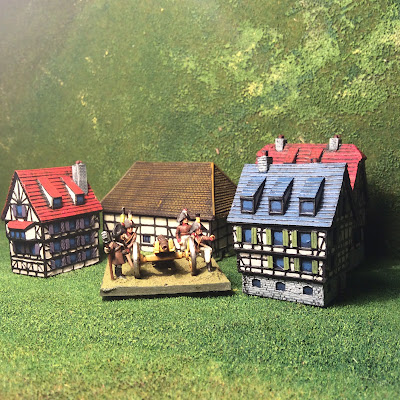 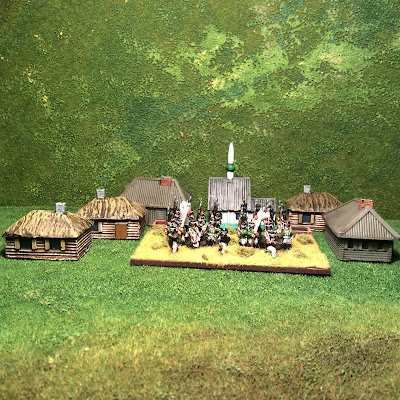 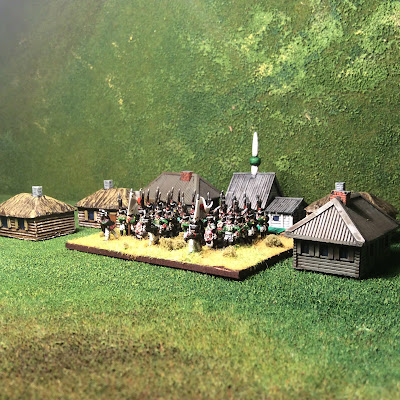 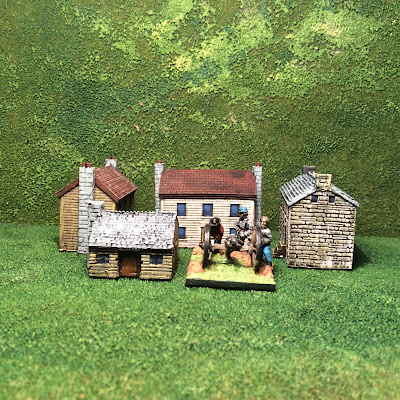 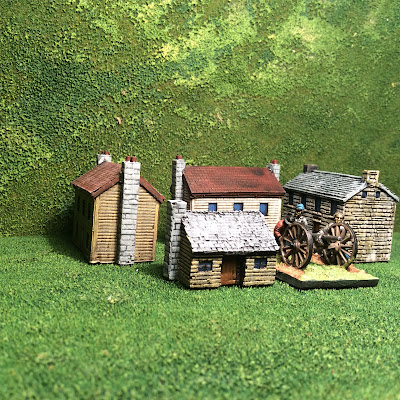 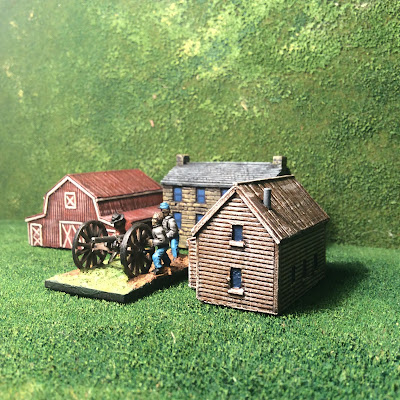 As you can see I have placed 15mm figures beside them to give you an idea but bare in mind the first photo which lets you see how they look on the wargame table en-mass from a distance. The Russian type buildings have 10mm figures beside them.
Of the two companies I just about prefer Leven Miniatures but it's a damn close run. I will probably get more but I want to get back to painting figures, it's just not the same is it!
Dave.
Posted by Dave Huntley (sheepman) at 11:00 5 comments: