The New year, a time for looking to the future, peace and harmony to all mankind and rolling dice in attempt to beat the pants off your opponent, in this case myself!
Yes folks again, there is something about this battle that appeals. The size is doable, the uniforms are different, it's pretty much in the balance and could go either way. I thought I would give Mick Nichol's rules based on Fire and Fury for hexes a try. We play this for large battles up at his place so I'm familiar with the set. The rules work well for large battles though I think Bull run is the smallest encounter that you could use these rules for.

A great map of the battle from the Civil War Trust site. 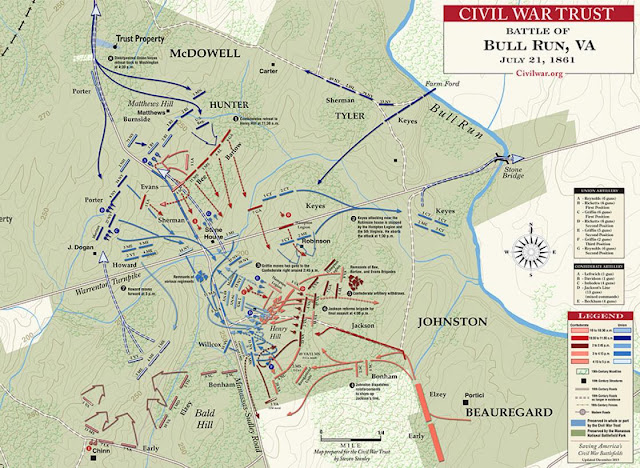 The table as set up. 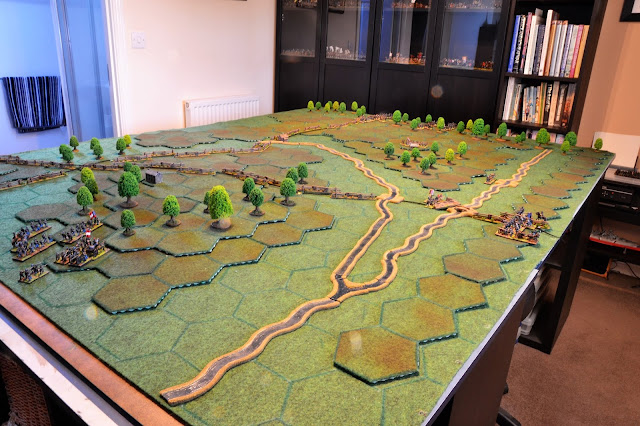 Schenck's brigade will not move to assault the bridge over Bull Run until 12.00 much to McDowell's annoyance.

Evans Confederate brigade can be seen sitting as a flank guard on Mathew's Hill, very much on it's own as the Union brigades of Burnside and Porter enter from the north. 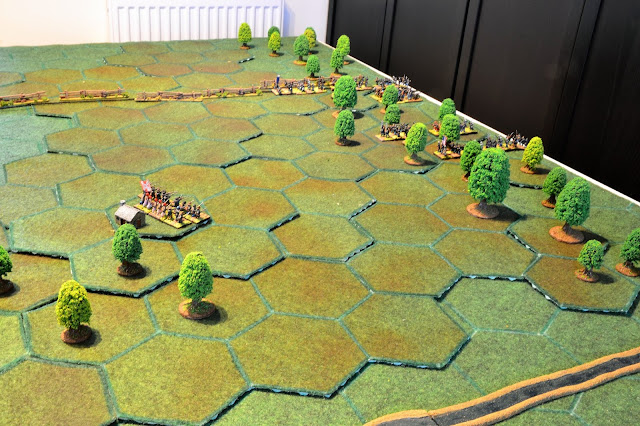 Unlike on the day Evans decides that prudence is the better part of valour and withdraws south after making the Union brigades deploy into line. Bee and Bartow's Confederate brigades can be seen in column coming to support Evans. 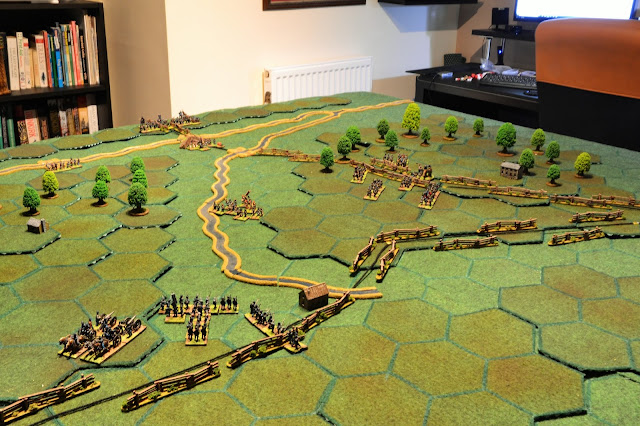 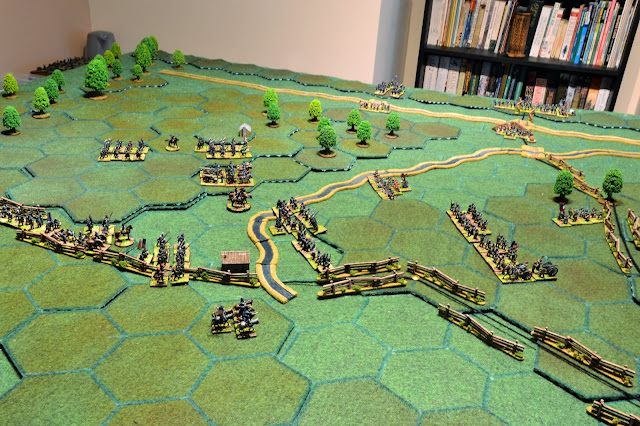 A counter attack by the Confederates drive the Union troops back across the stream in disarray. 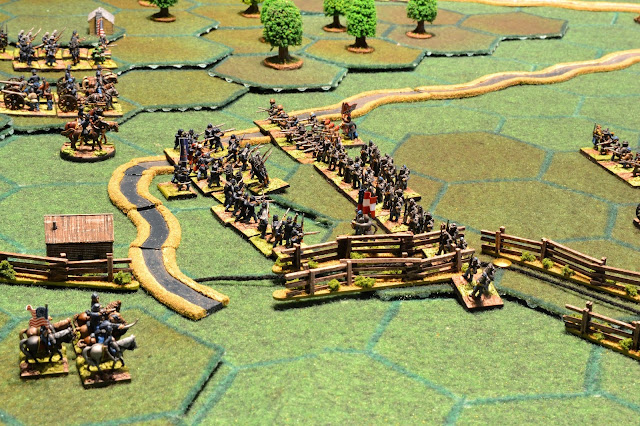 After falling back to Henry House pressed by superior Union numbers the Confederates begin to form a defensive line, Jackson's brigade can be seen in support to the rear. 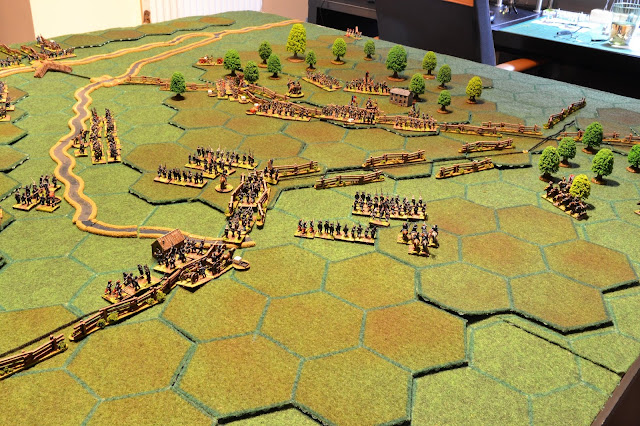 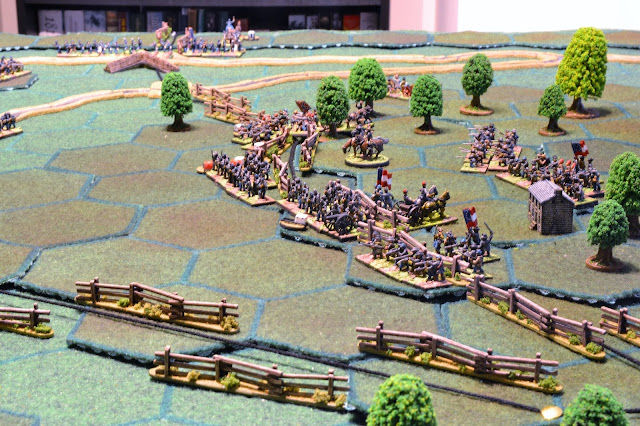 As the Union assault went in the first line of Confederate brigades crack under the pressure, will Jackson save the day? 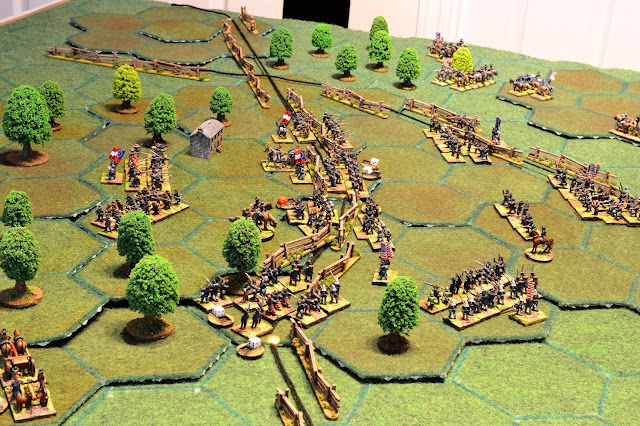 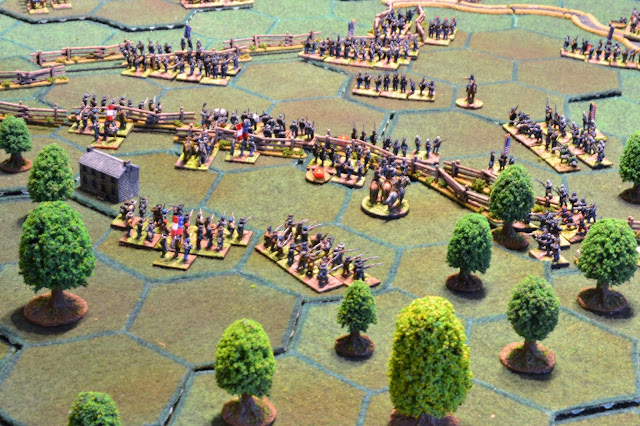 An initial counter attack by Jackson's brigade goes well however the Union second line plows into them while they are disordered and send the much vaunted Jackson streaming to the rear! 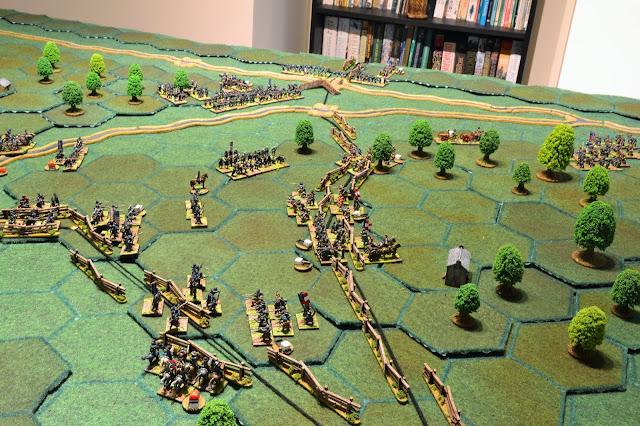 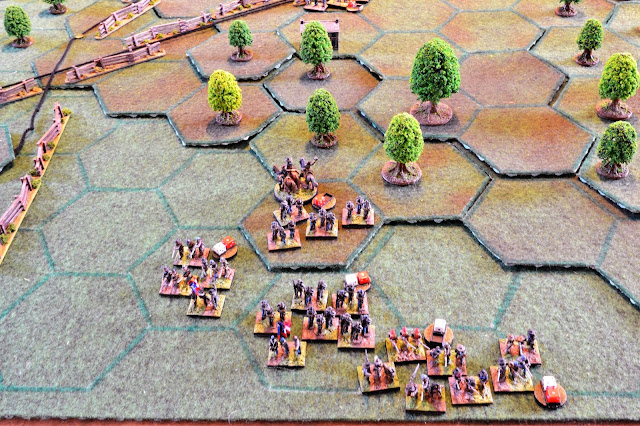 Smith and Early's Confederate brigades move on table to form the final defence with Jackson rallied and in support. 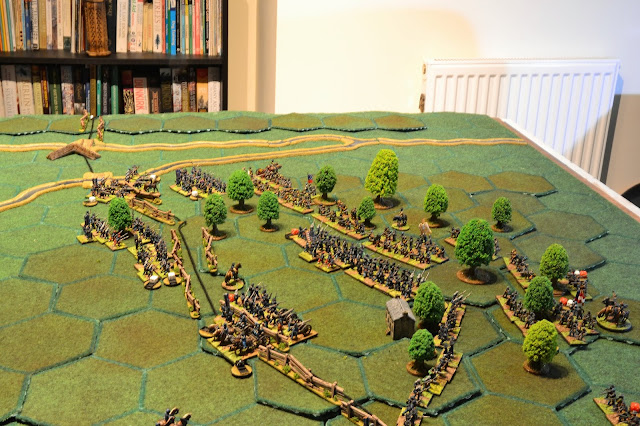 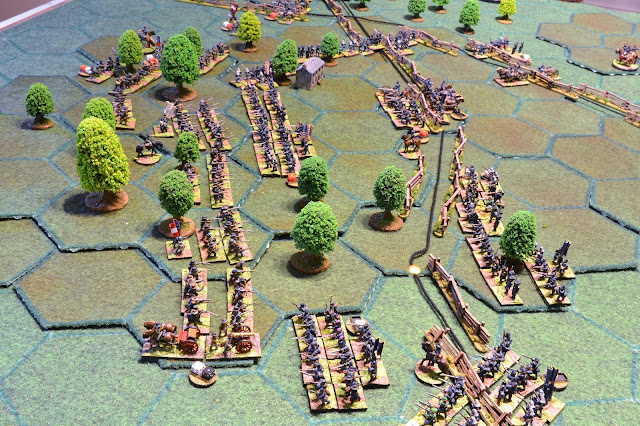 Two final attacks by the Confederate troops prove to be their last throw of the dice, though initially throwing back the Union troops the supporting Union gun batteries and counter attacking Union infantry prove too much. 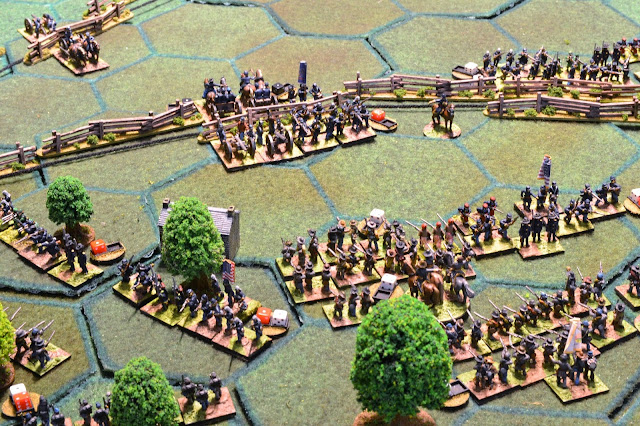 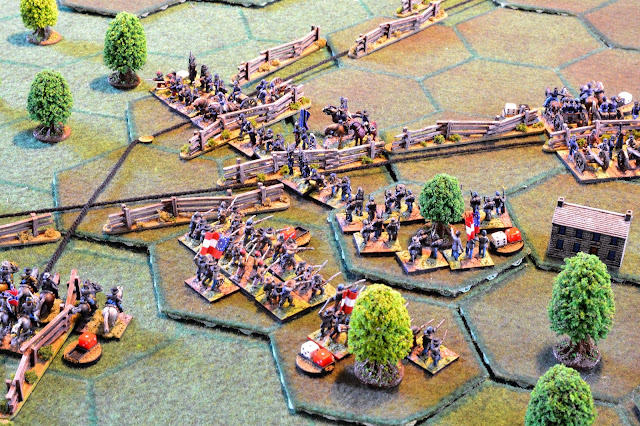 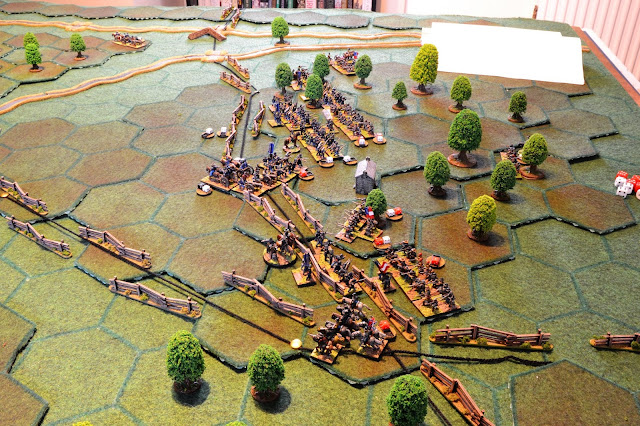 The rebels stream back to Richmond while Jeb Stuart's cavalry pursue fleeing Union troops to the north, my kind of guy! 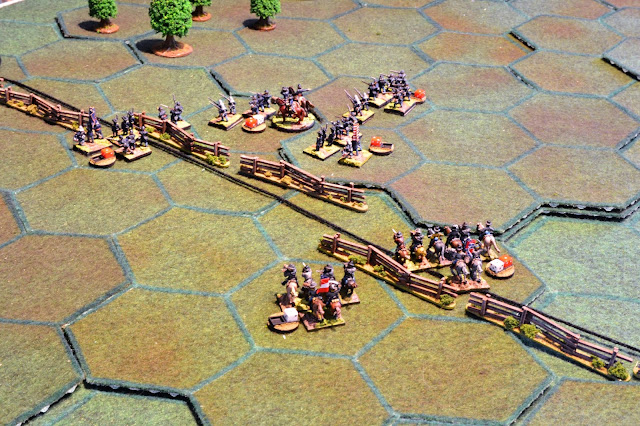 All the best for the New Year guys and girls.
Dave.
Posted by Dave Huntley (sheepman) at 04:08 6 comments: