I just hope they fight as well as they look

Well, a foray back into painting my 15mm Franco Prussian War figures, first time in a couple of years. The motivation is to have the French Imperial Guard corps completed by around about Sept this year for a large game at Micks up in the borders so at least a start has been made.
Have a look at the various battles, units etc Here
This does pose a question, a few people drop in and out looking at this blog some put their comments on, some do not. Their privilege of course.
What I would be interested to know is how many of you guys and girls out there paint up figures, units divisions etc which you know beforehand will see only limited time on the gaming table?
The French Imperial Guard of the FPW period are a prime example, Bourbaki (their commander) standing by with them in reserve for most of the engagements. These pretty lads will of course see action in non-historical actions, but if Gravelotte etc is re-played then the corps will remain in reserve for a good few turns and then will only move on a '6'. Is it worth the painting effort, Comments?

One battalion of Guard Chasseurs: 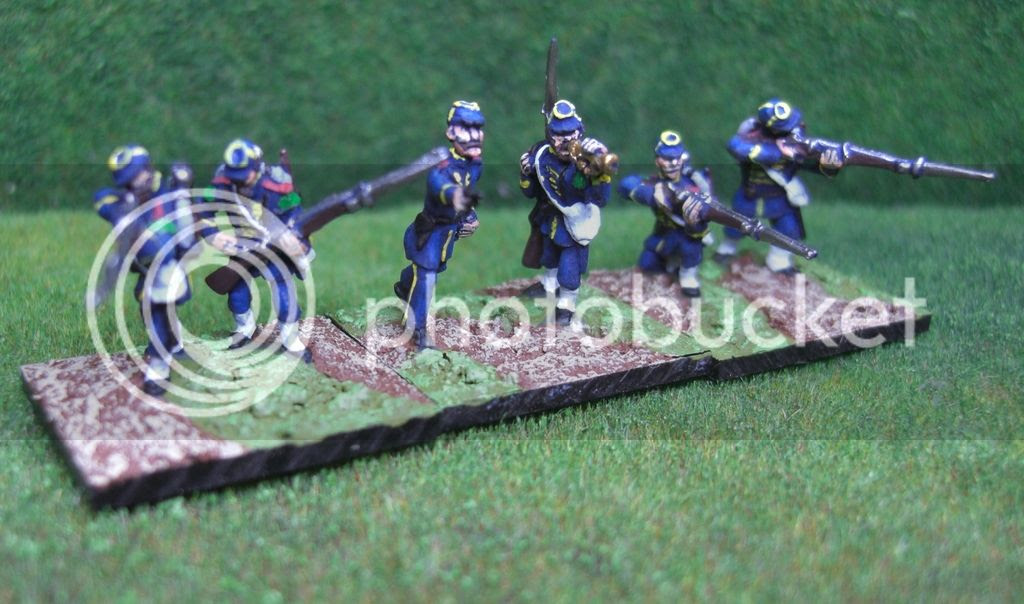 1st Voltigeurs of the Guard: 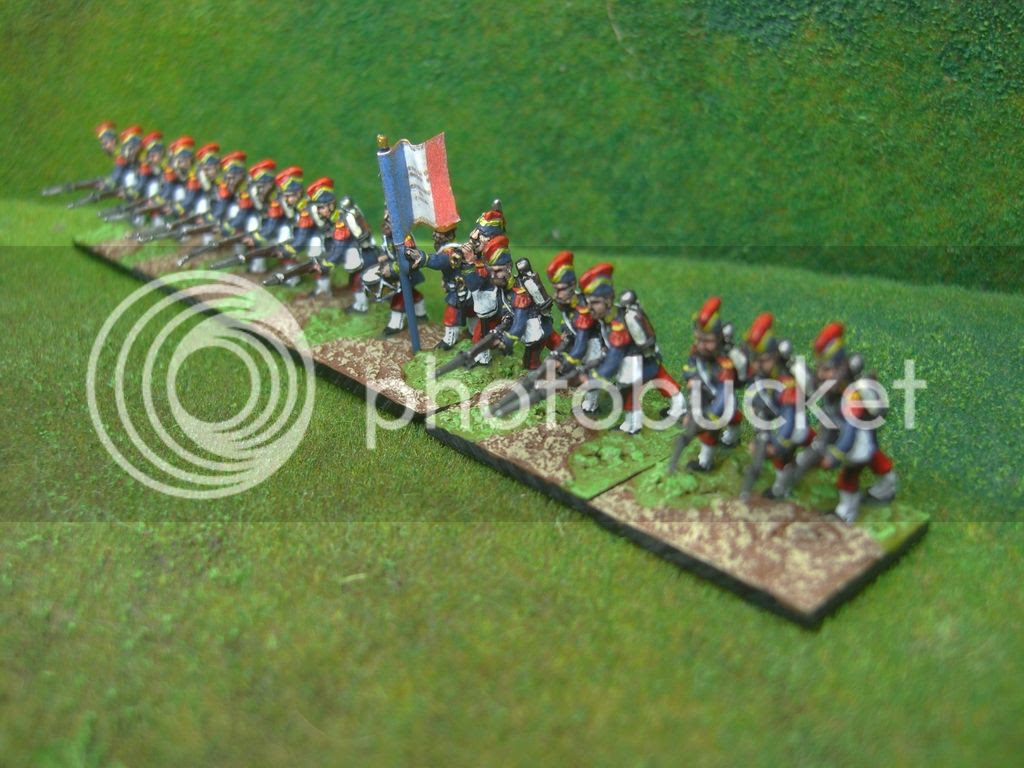 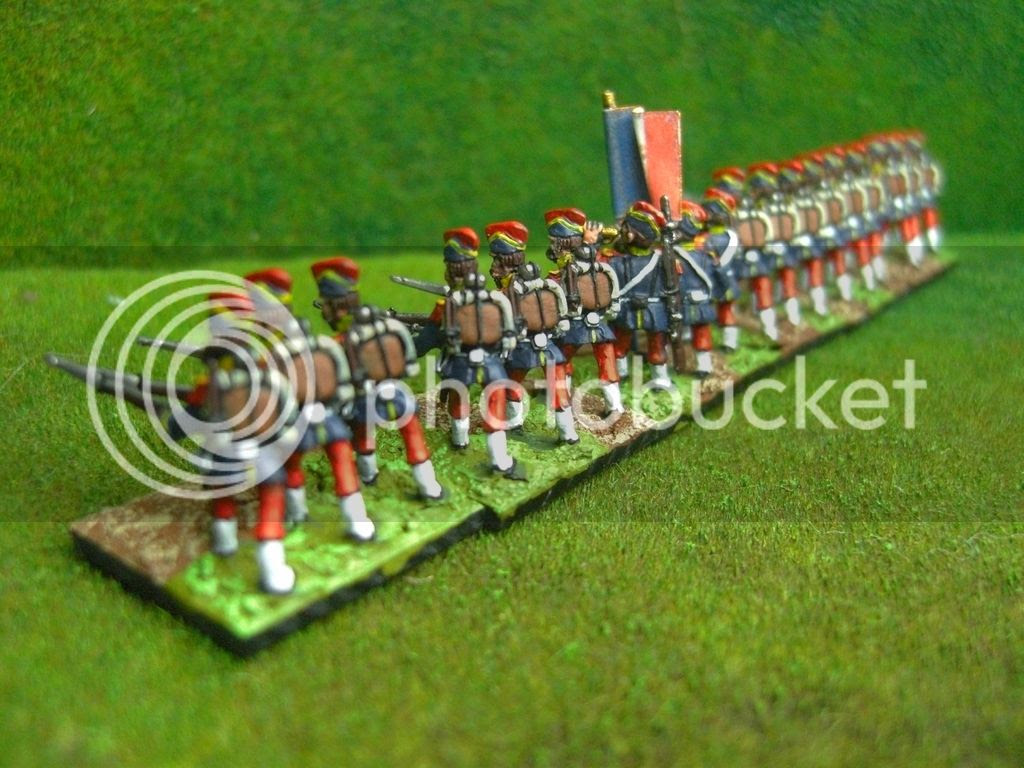 1st Grenadiers of the Guard: 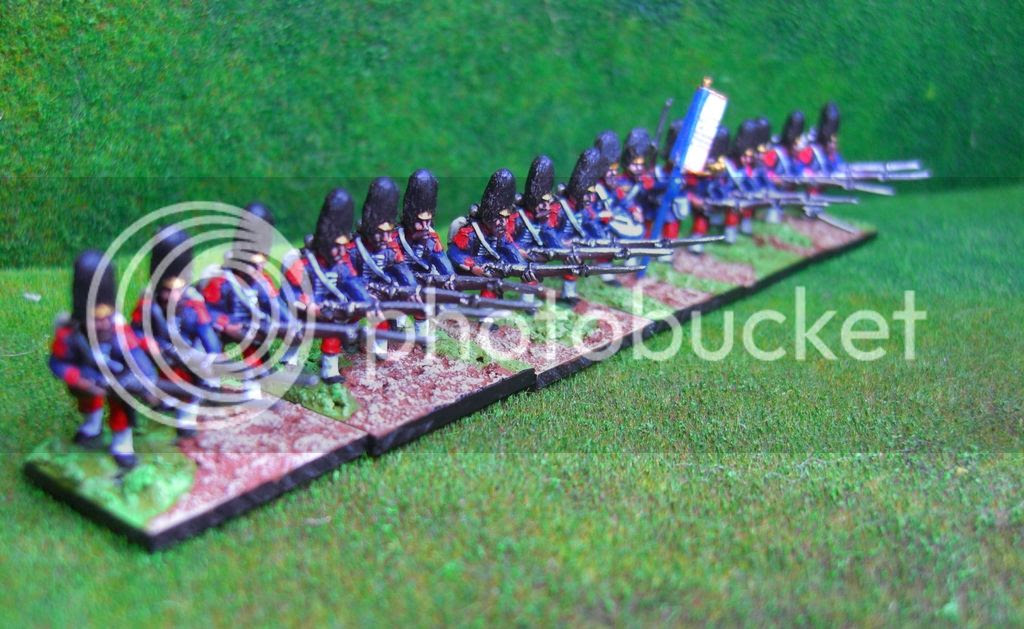 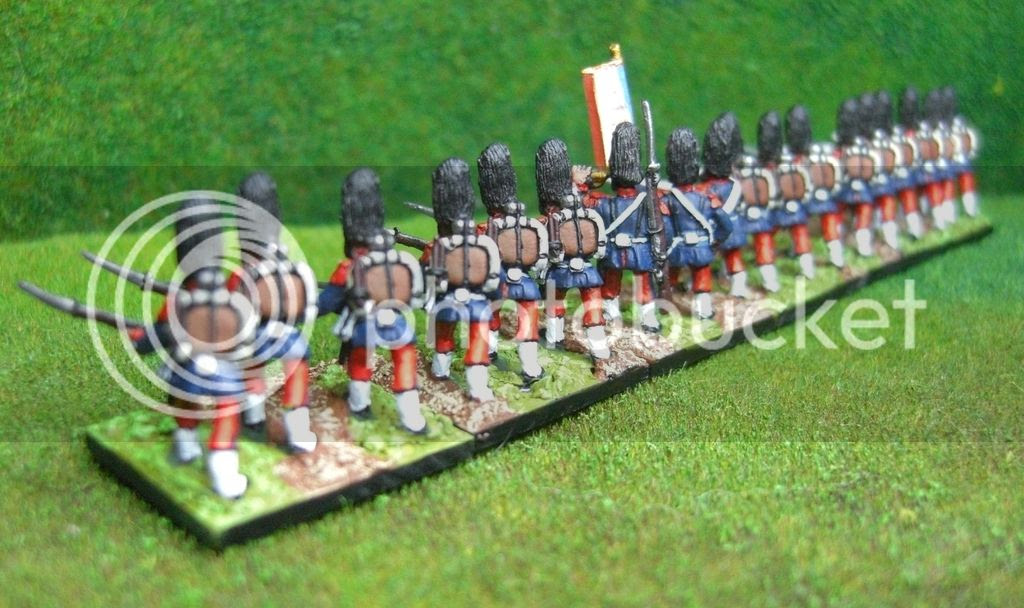 As stated before these figures are from Outpost, one of the most comprehensive 15mm ranges for this period.
Dave.
Posted by Dave Huntley (sheepman) at 10:40 6 comments:

The overdue 15mm French reinforcements have finally been compleated, 108 figures to be precise. This will provide a balenced force to oppose the Austrians here (don't worry Andy, I'm not saying the army is compleate, I know none of us ever really get there!). 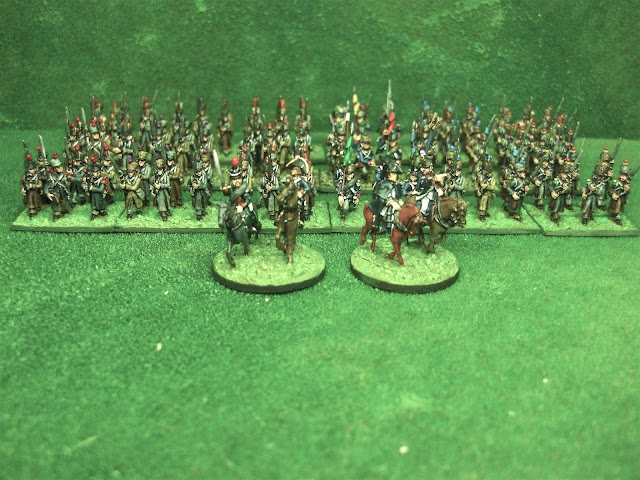 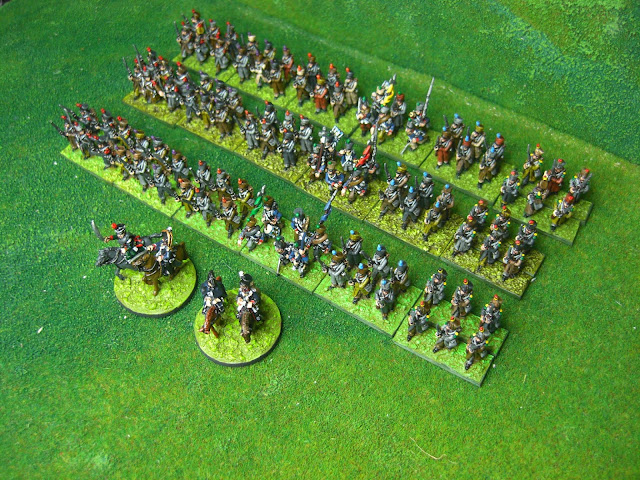 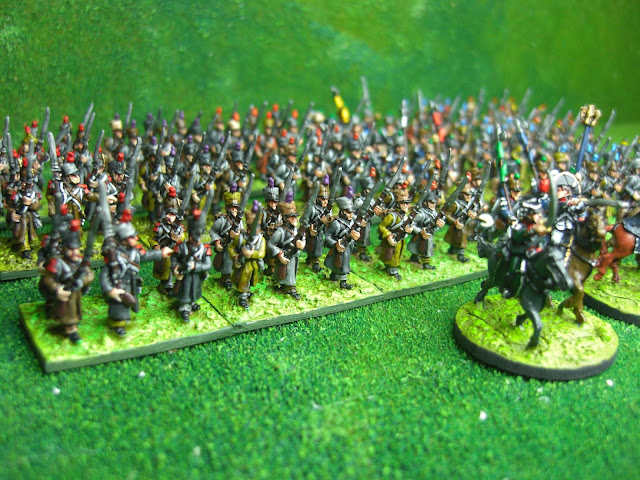 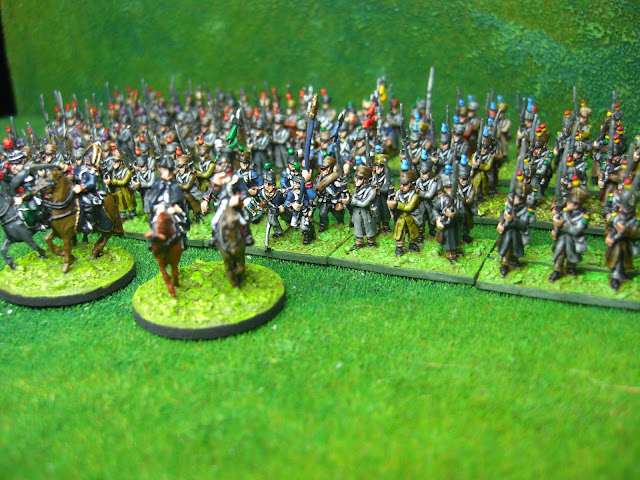 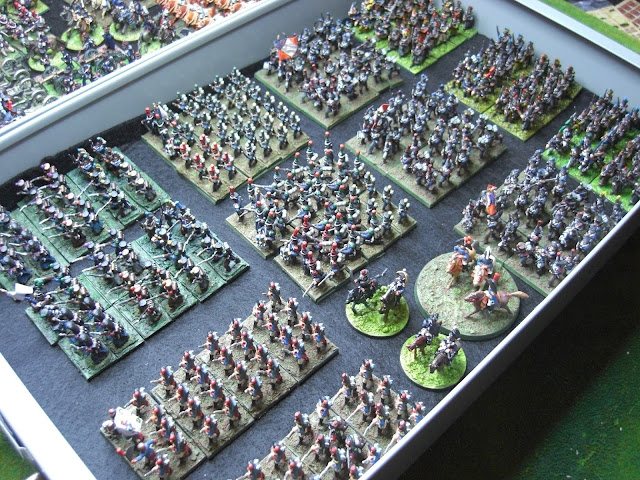 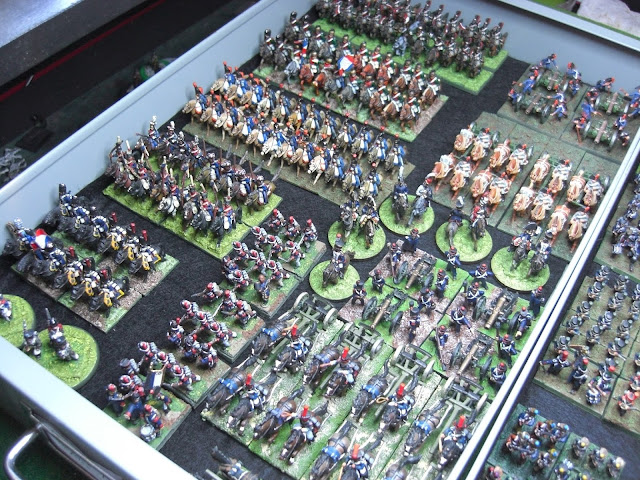 Next, well I could do with re-organising my 15mm Franco Prussian war stuff as I need to prepare for a large reinactment of Gravelotte - St Privat later this year. There will be a bit of painting involved but I need to see where I am figure wise first.
Dave.