A slight diversion off the beaten track but an aspect of the French Revolutionary period that appeals.
Here are some pictures of my Vendee Royalists, actually Reiver Casting's Monmouth's Army figures with Old Glory AWI Militia thrown in for good measure. Now I know that non of these guys are wearing the oft seen clogs that the royalists wore, but use what you have is what I say. The Reiver Casting stuff is sometimes much maligned, these fellows aren't the best I've ever seen, but nor are they the worst and remember these particular one's are the first range they ever produced. The ranges which have come out in recent years, particularly their Marburian and Very British Civil War stuff are spot on and they mostly finish a range, more than can be said for some manufacturers. By the way the command figure on horseback was not painted by me (not that there's anything wrong with the chap but I wouldn't want anyone coming on and saying that I didn't paint him and that they did!).
Other than the above, there's not much else to say other than here's the photo's: 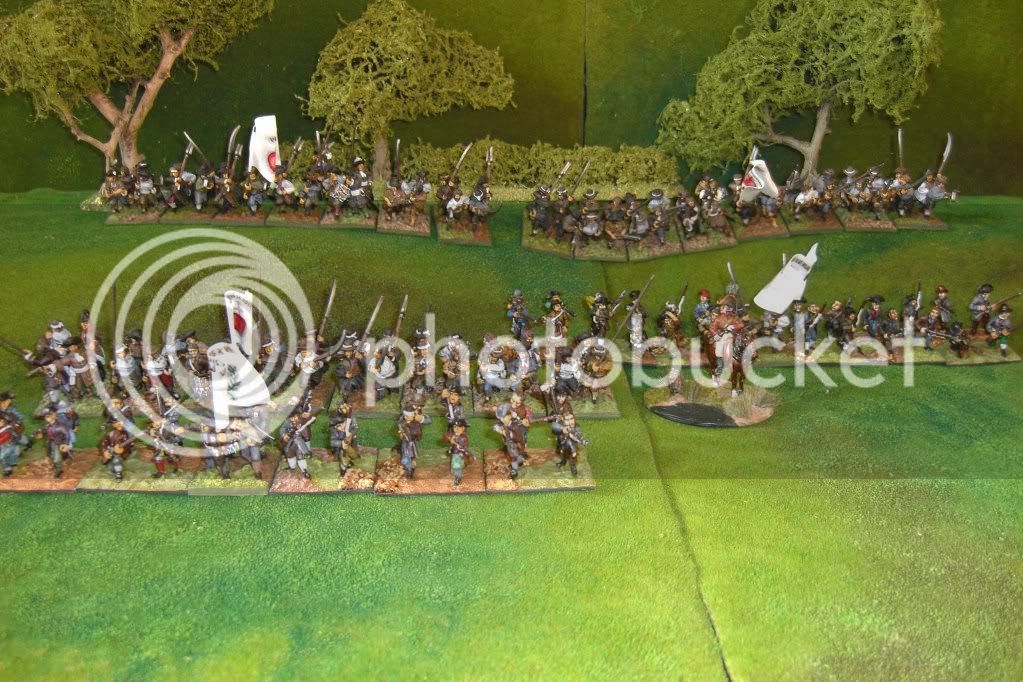 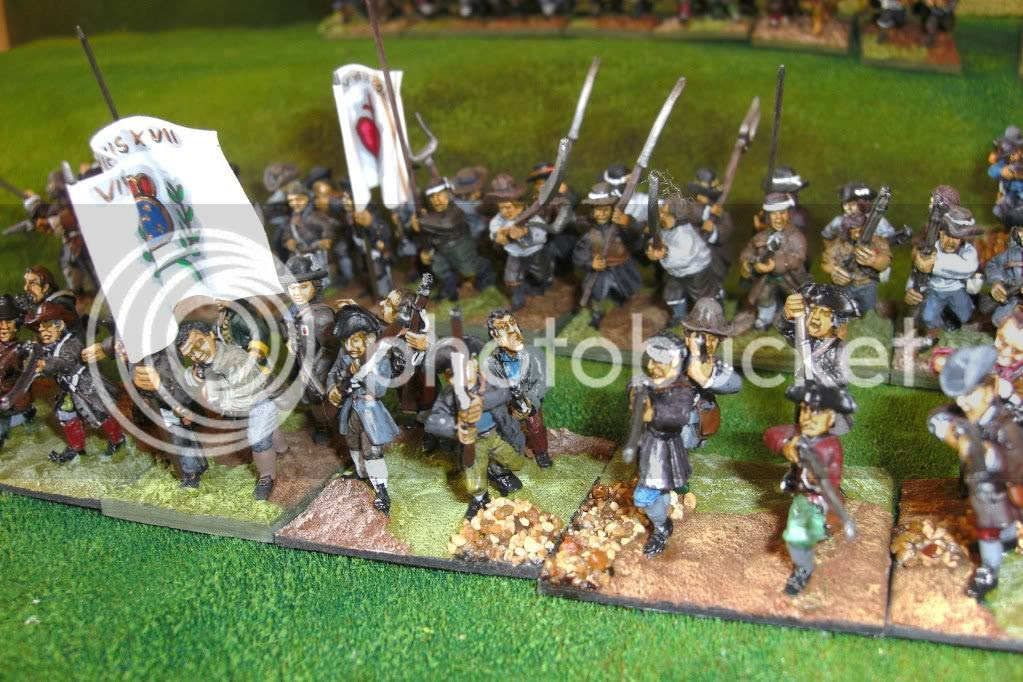 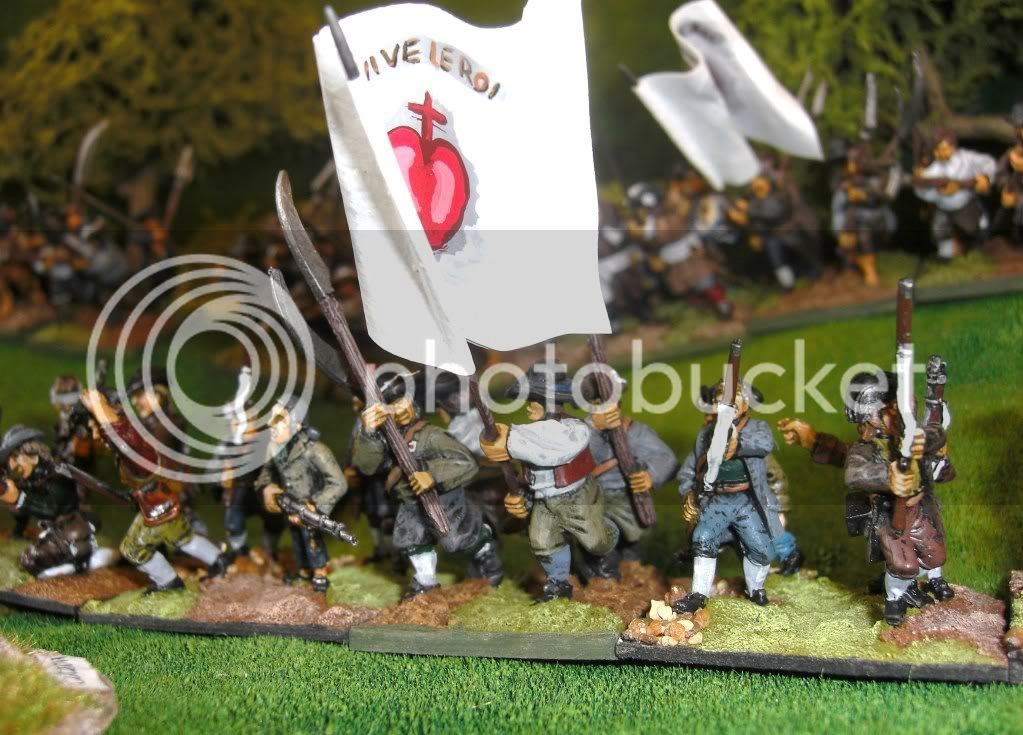 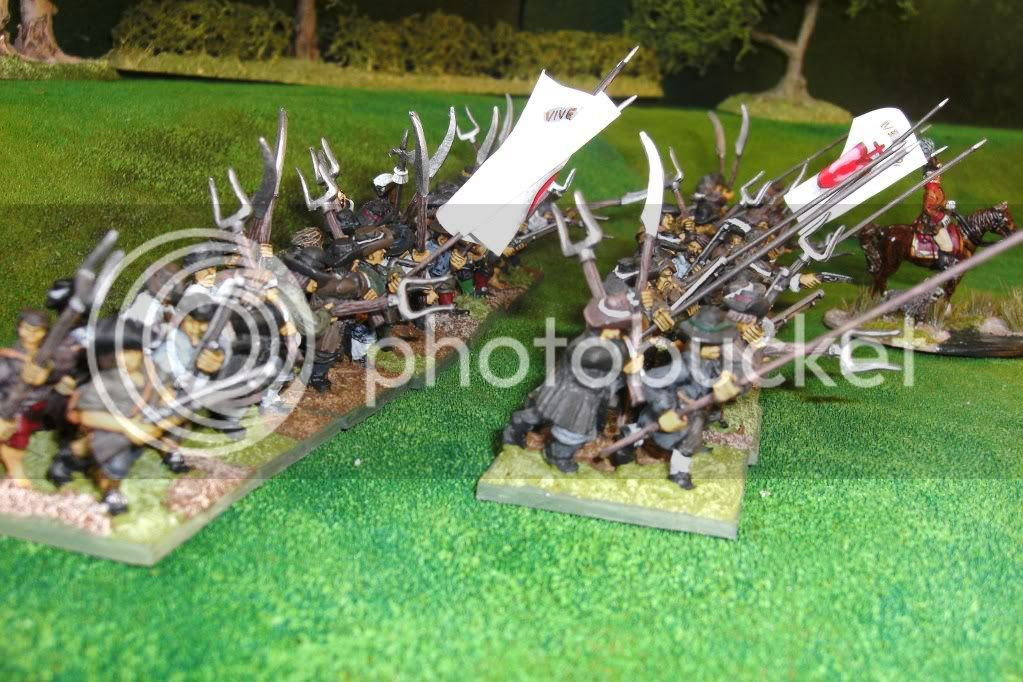 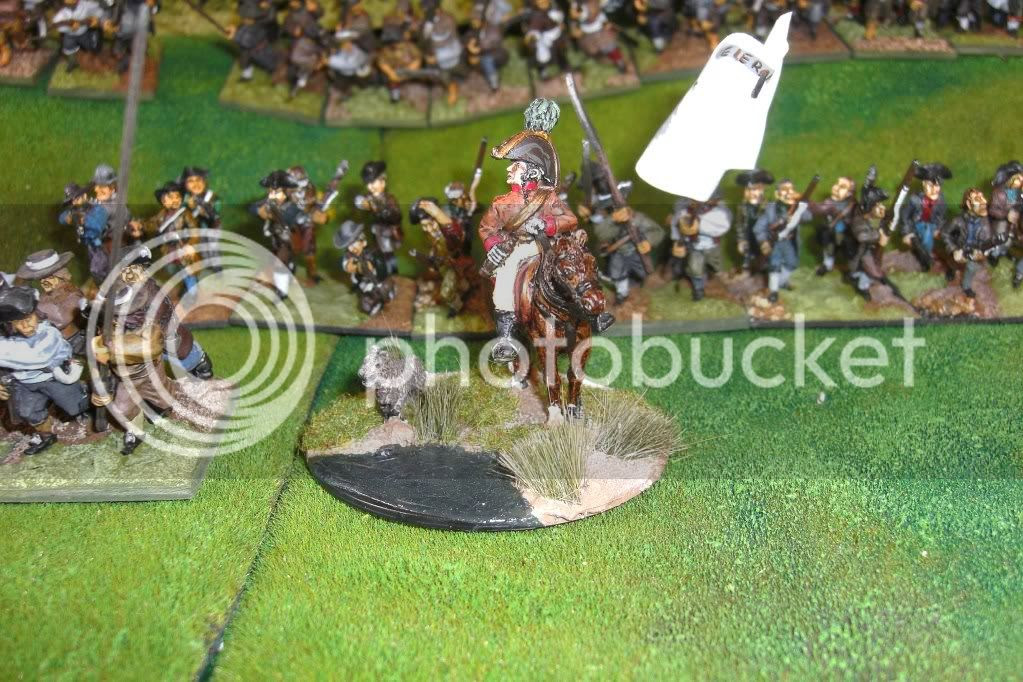 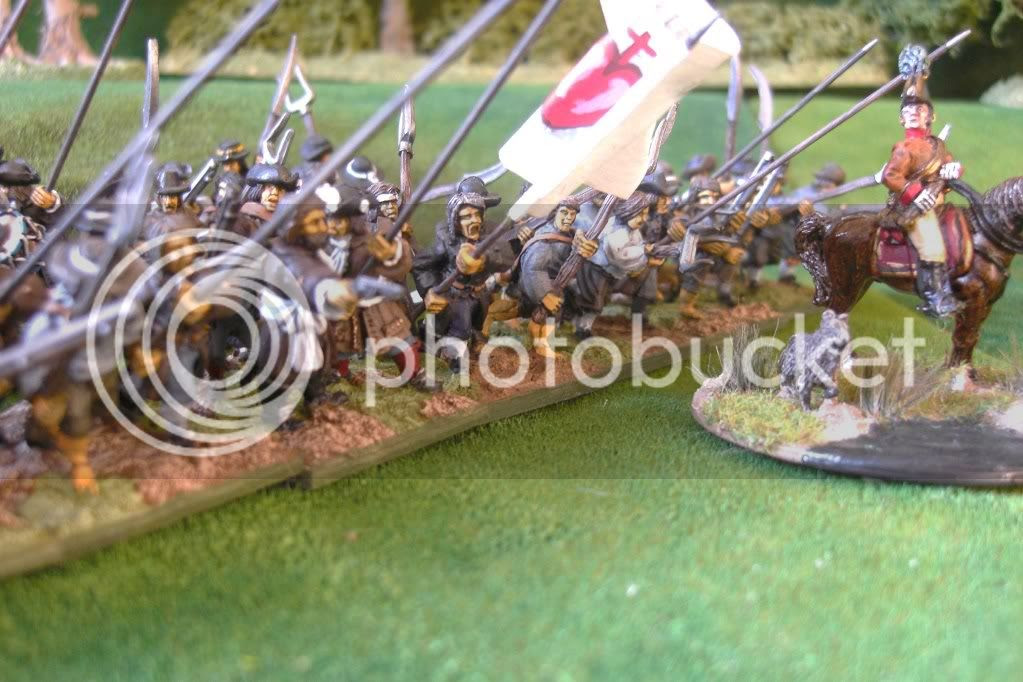 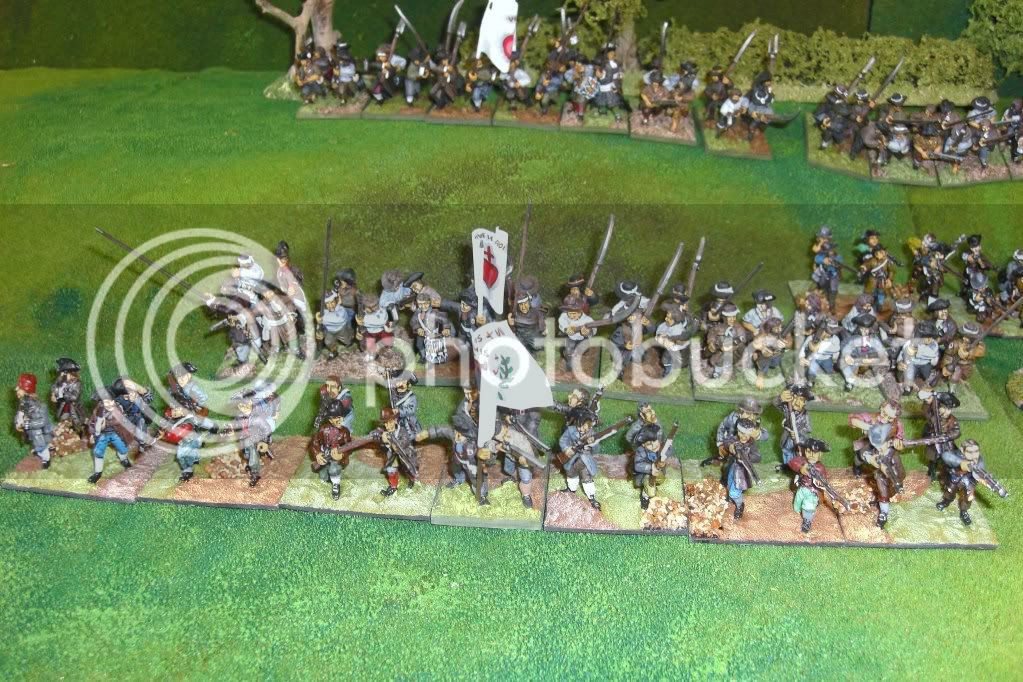 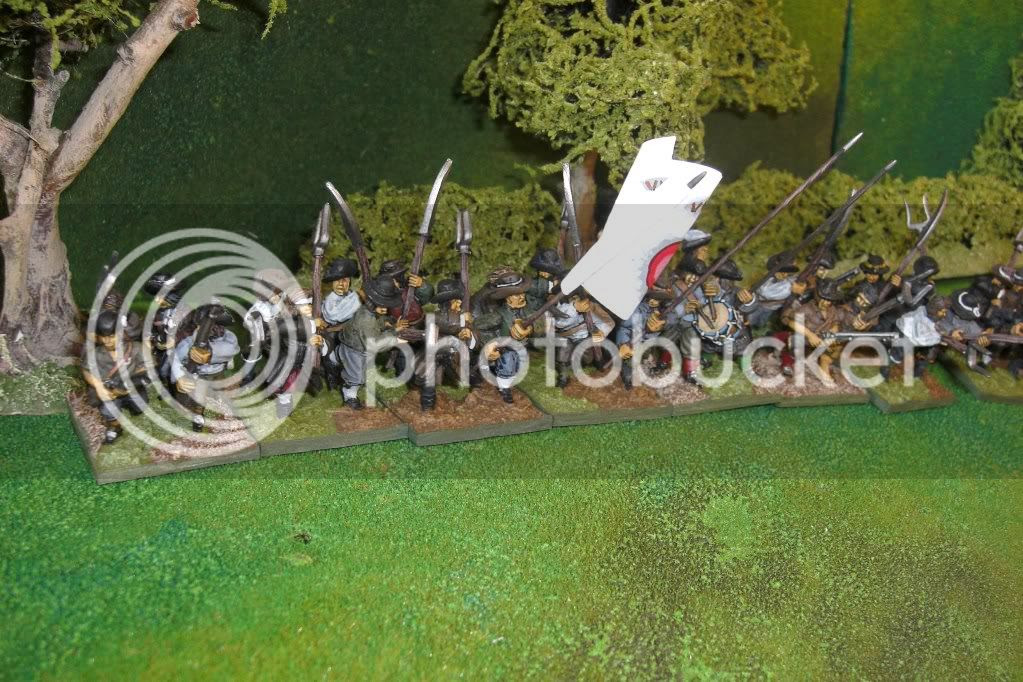