About two years ago my mate Rob and I picked up a large box (200ish infantry and 80 cavalry) of Foundry 1813 Prussian figures from a local game shop for around £80, not a bad price for that many figures. Foundry are nice enough figures but I do find them rather small in size compared to other ranges and of course usually pretty expensive, the 'deals' seem a bit of a rip off to be honest. As I eventually ended up with them I thought I'd better get started painting them!
First off these are a Battalion of Prussian Reservist infantry: 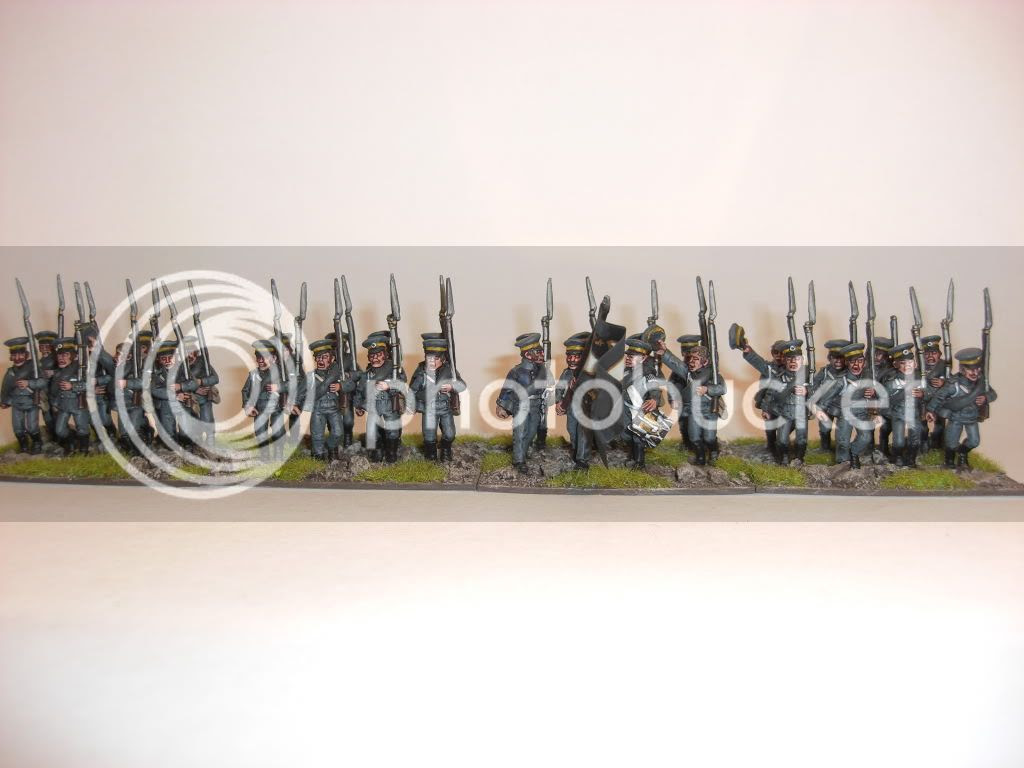 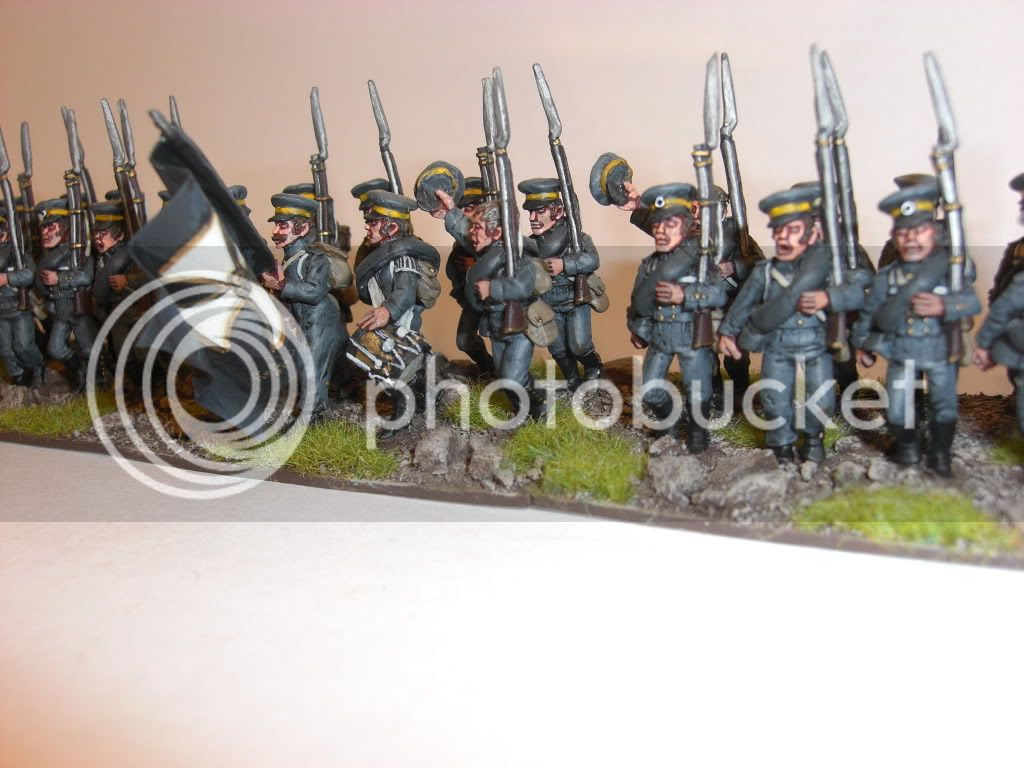 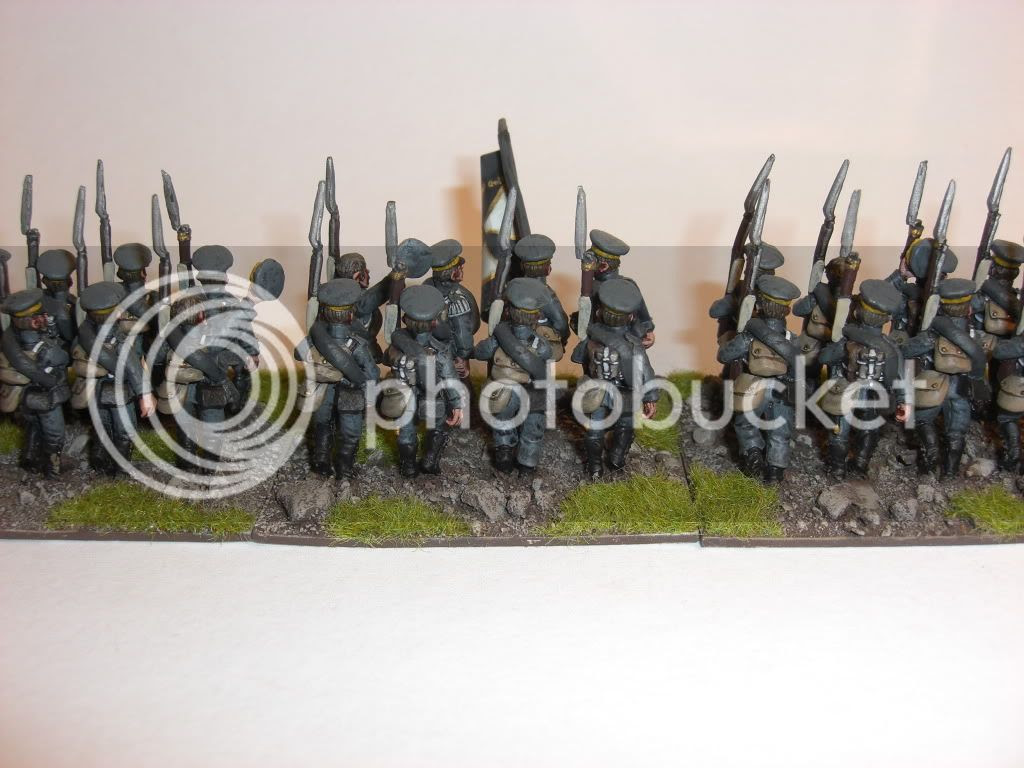 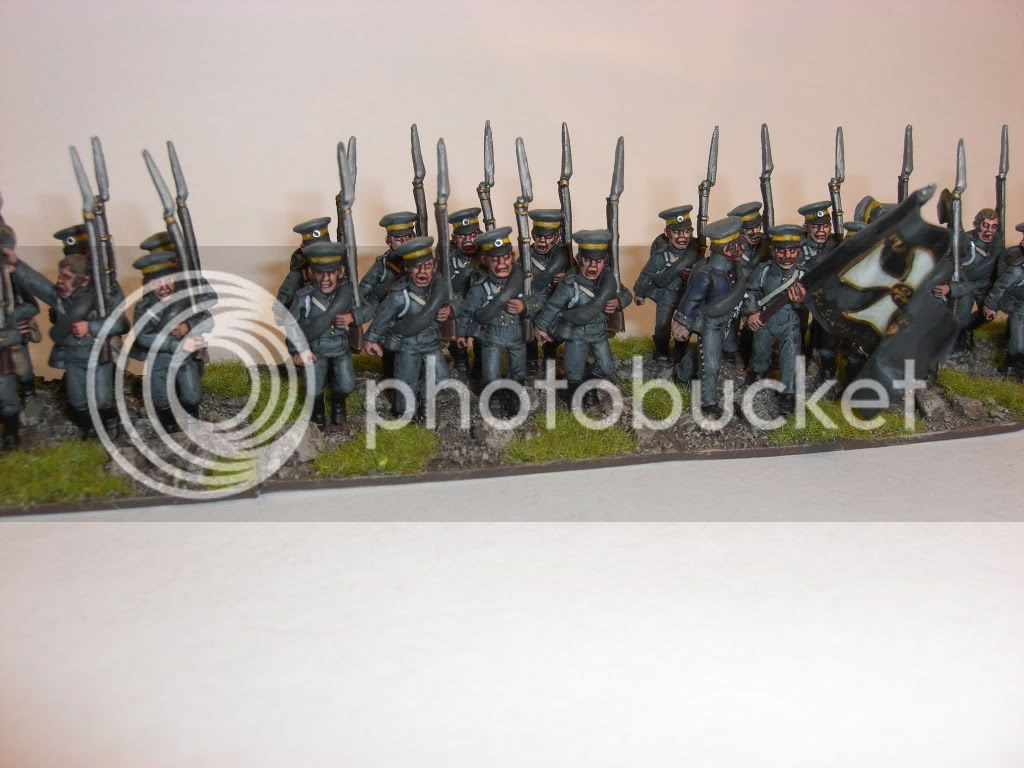 Some regular infantry (I'll have to get the command stand bought and painted up): 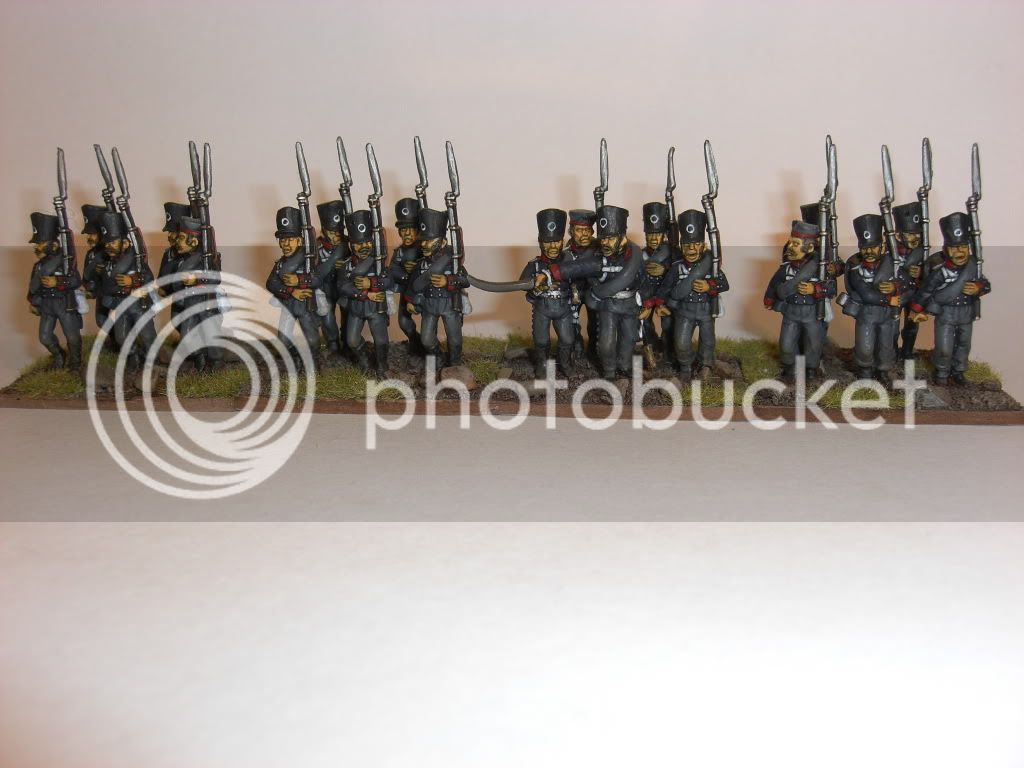 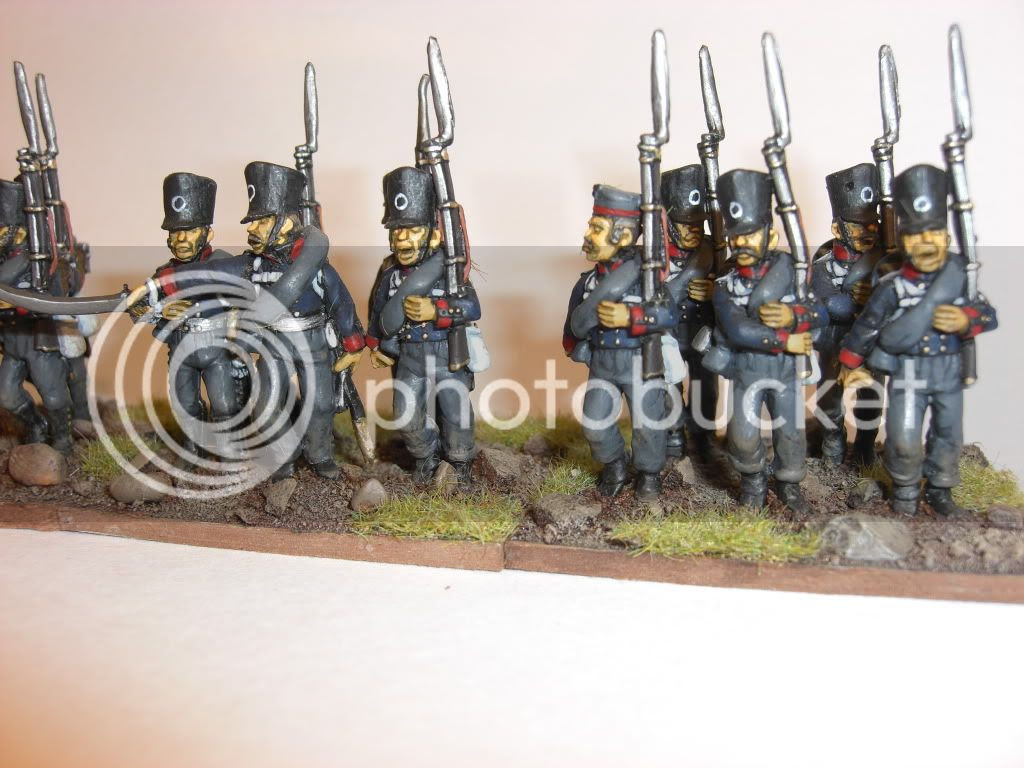 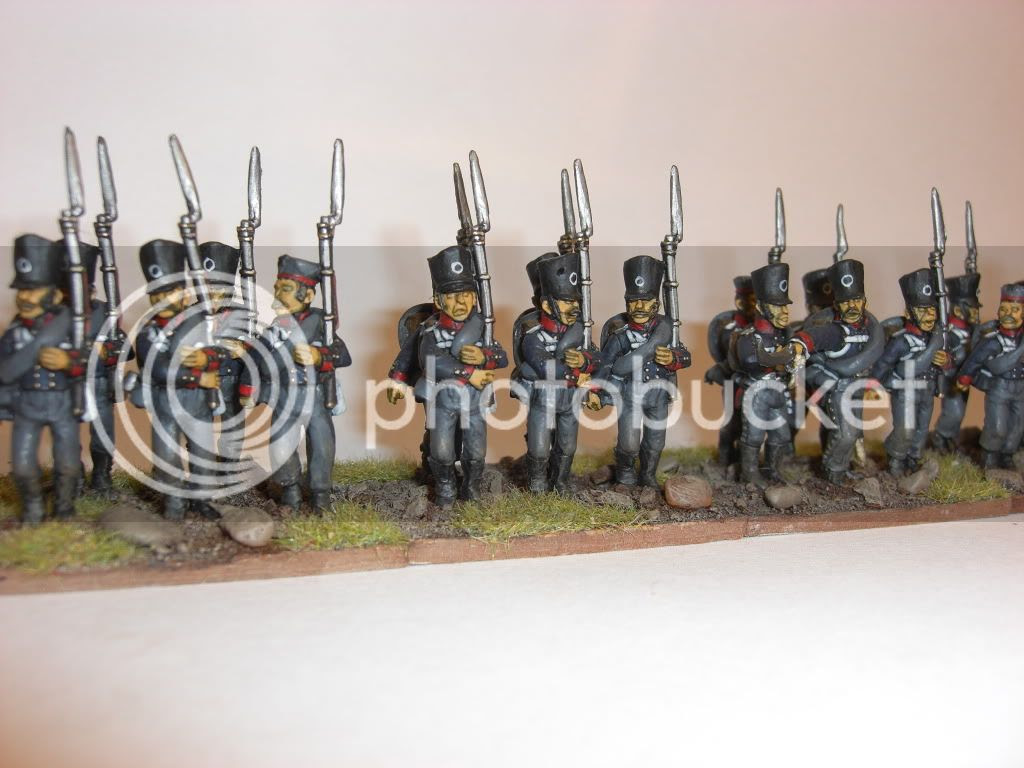