I finally got started with the 28mm Eureka Austrian Chevaulegers for the Revolutionary wars collection, They arrived about a month ago but other things took priority. When finished the Austrians will have two regiments (one Hussar, one Chevauleger) to oppose the French four regiments (two Dragoons, one Hussar and one Chasseurs).
Firstly these figures are expensive, there's no getting away from that no matter that the manufacturers say that its the exchange rate, postage etc, boy do they cost (it doesn't help that I had to pay import tax but that's down to bad luck).
I got them as no one else does Austrian Chevaulegers for this period and the fact that they look pretty good on line and frankly from that perspective I wasn't disappointed, 24 figures, four different poses for horse and rider (a few arm bends give even more) plus one trumpeter, one officer and one wounded figure. One thing though there was no figure carrying the standard bearer, I couldn't see one in the Eureka catalogue so I presume they either don't do one or this type of Chevaulegers at this time didn't have one. I looked in books, on line etc and there's no mention that I can find pointing out a lack of standard bearer but I stand to be corrected. As no regiment that I put on the table goes into a fight without a flag I soon decided to lop the sword off one of the riders and and stick a flag staff in his mit!
There was very little flash so they cleaned up fine. The castings themselves look good, everything sculpted well and correctly proportioned. I like Elite/Old Glory type figures with plenty of movement and these are about halfway between those and (at the other extreme) Front Rank. The faces are a bit bland, but not the worst I've seen, so all in all a pretty decent set of figures which should paint up well.
So on with the pics:

All 24 figures trimmed up, undercoated and on their stands:

A couple of close ups: 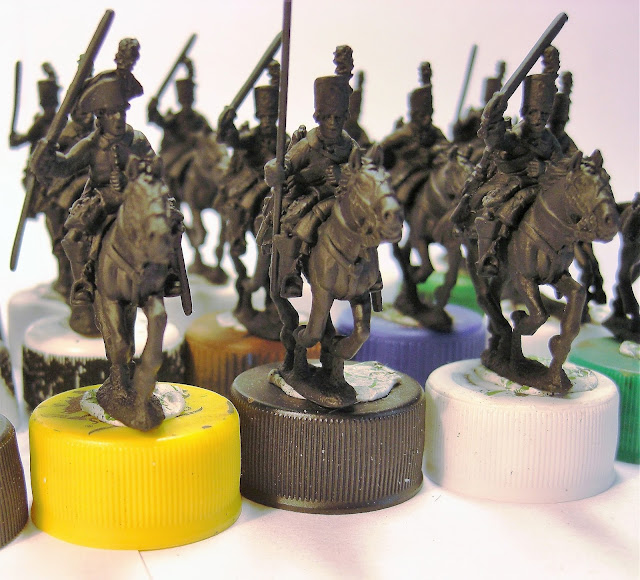 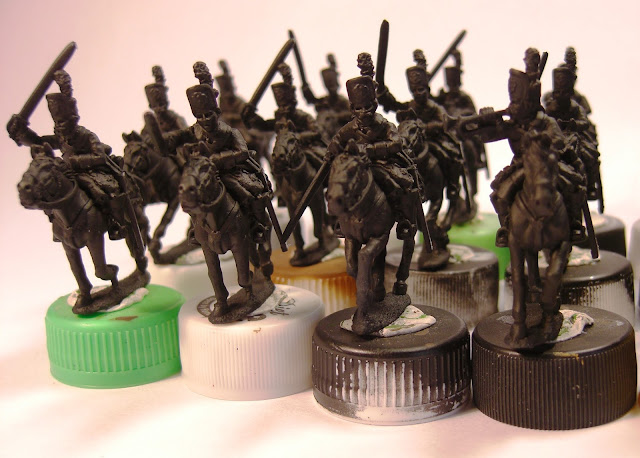 Some pictures with the horses done: 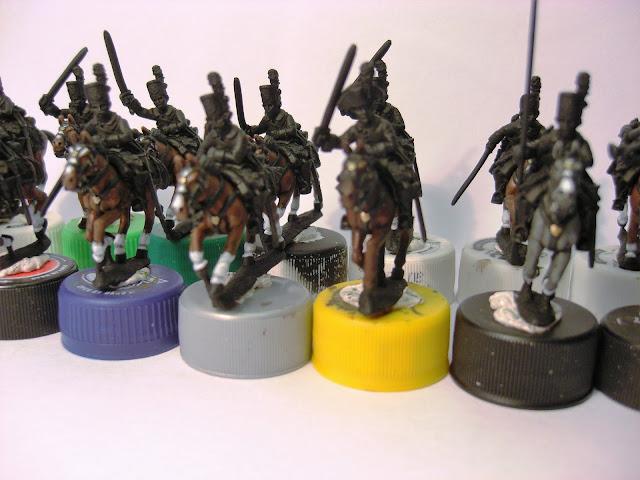 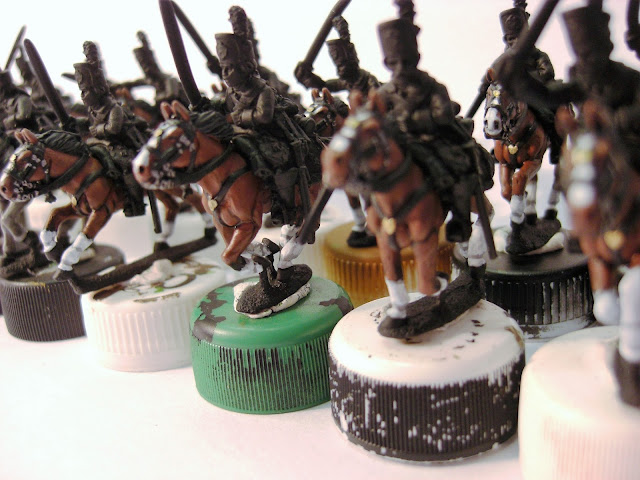 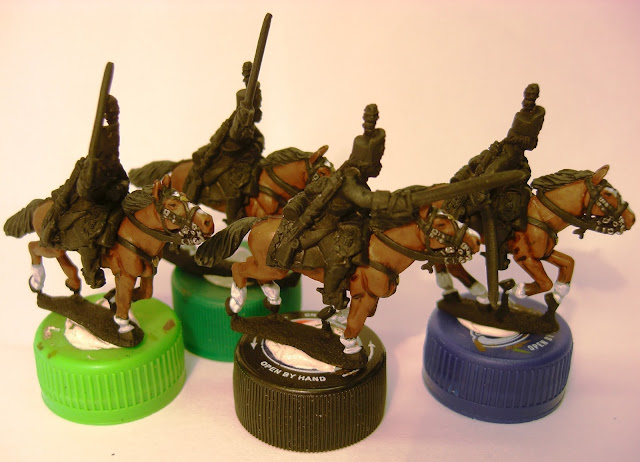 For the horses a simple base coat then a wash of Devlin Mud or black.
24 figures take a while to paint so I'll put the next post on when their done.
Dave.
Posted by Dave Huntley (sheepman) at 11:39

Email ThisBlogThis!Share to TwitterShare to FacebookShare to Pinterest
Labels: Painting