It is a long time since I have last posted on here I admit but I have been gaming and painting - honest!
I went up to Mick's place with Neal and Scotty to re-fight Klissow 1702 see here great fun, a pretty accurate historical result as my and Scotty's Saxon/Polish army got beaten, mainly as my Saxon cavalry had a chance to charge disrupted Neal's Swedish cavalry crossing a stream and rolled crap dice but then I dithered and lost me chance, oh well!
Also Neal and I are fighting a large 15mm Napoleonic Peninsula battle using the fantastic General D'Armee rules, more of that when we finish.
But the main wargaming occupation at the minute has been to re-base my two English and Scottish armies circa 1350 - 1403 ish. Painted up mainly for the battle of Otterburn 1388 though the knights and esquires I have done were mainly at Otterburn they are representative of both sides of the English/Sottish boarder during this period.
Many other pictures of the original figures can be found here but I felt that they weren't that great, needed tarting up and re-basing on Impetus bases. They can now be used with the To the Strongest rules which are our go to rules for Ancient/Medieval.
So, on to the photographs, English First 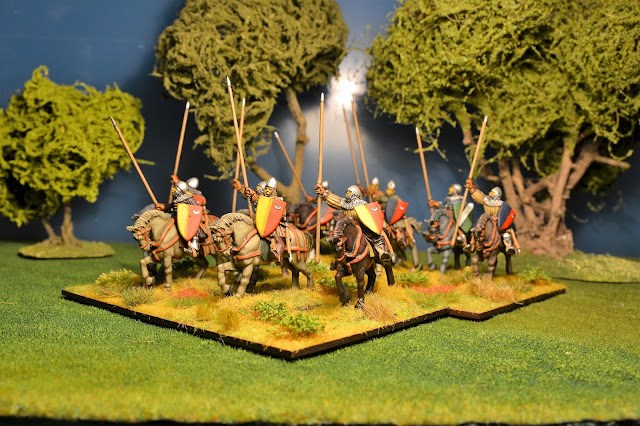 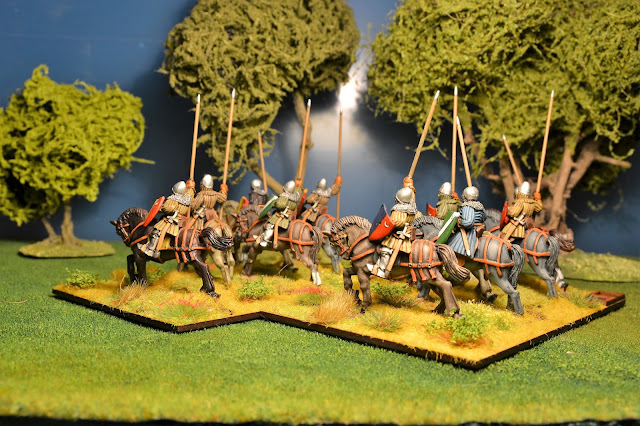 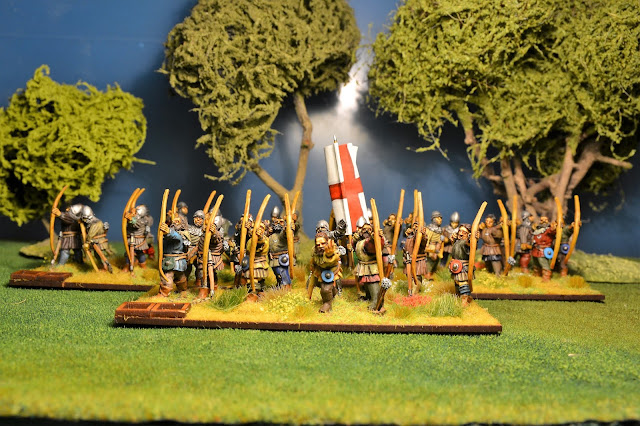 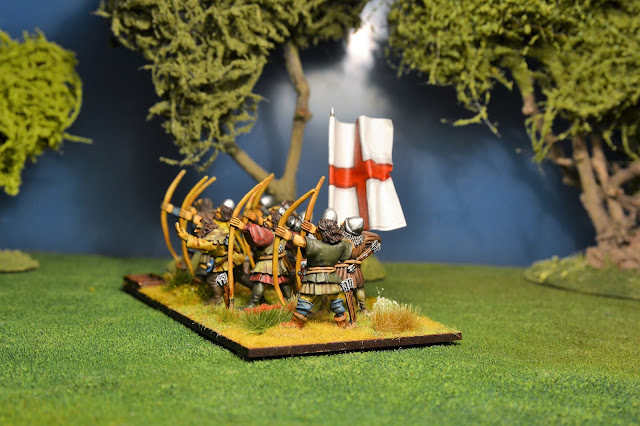 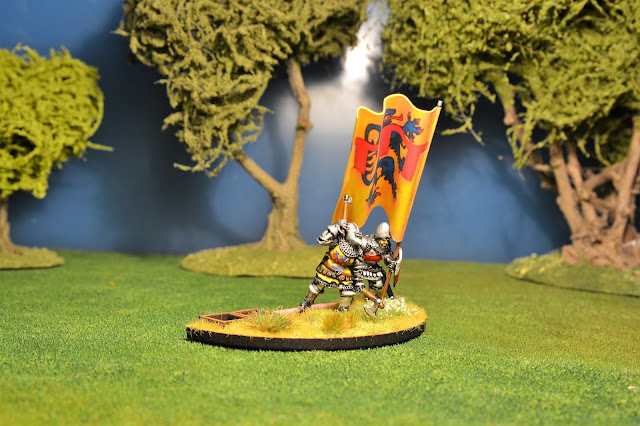 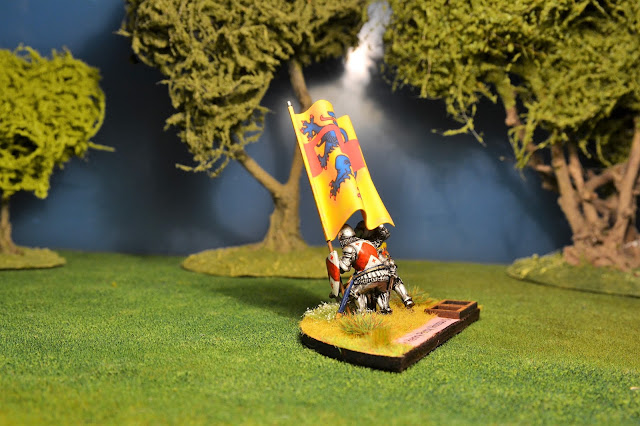 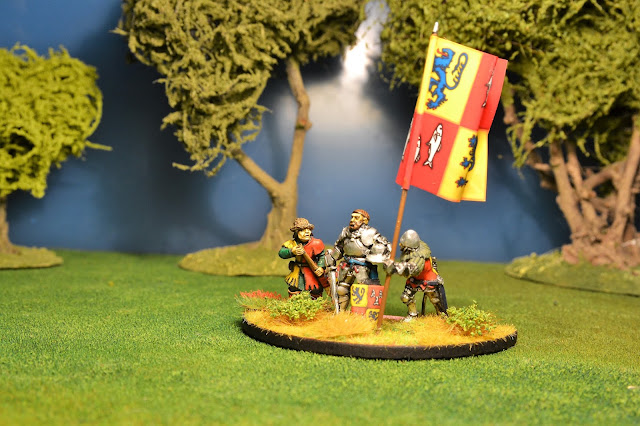 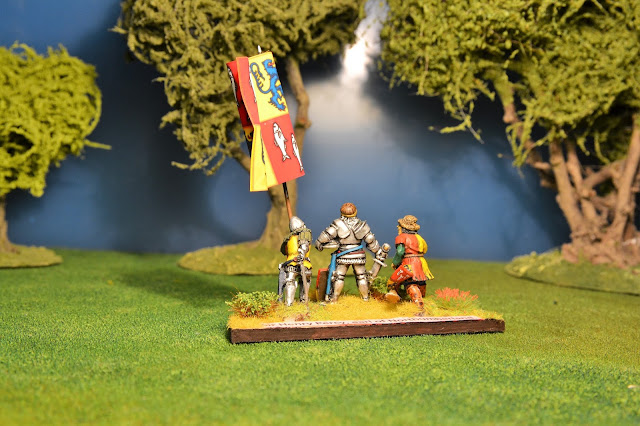 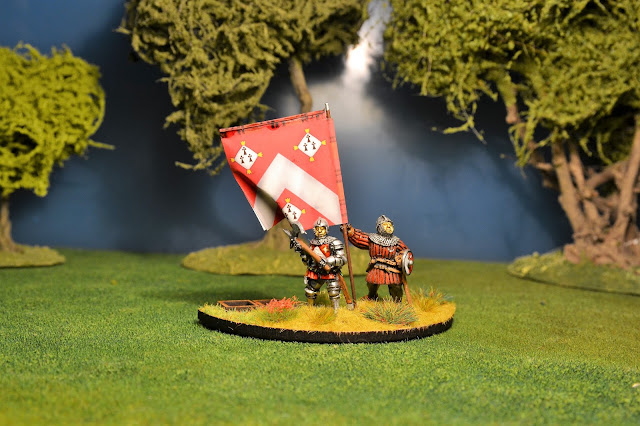 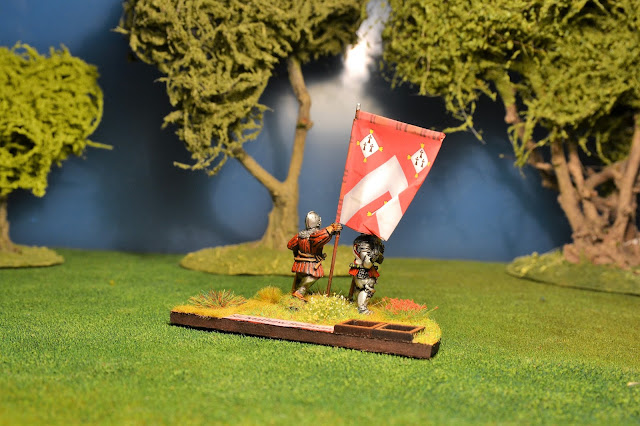 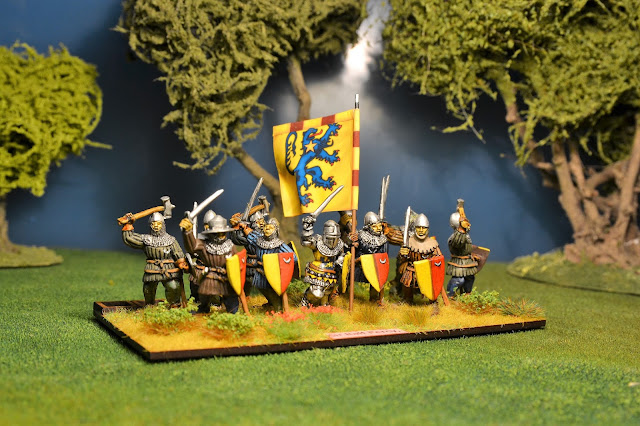 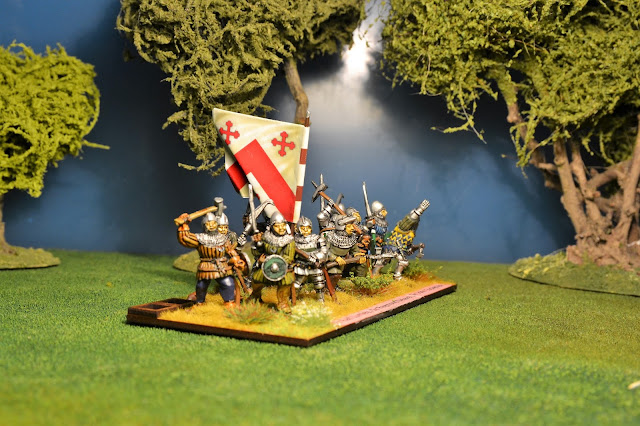 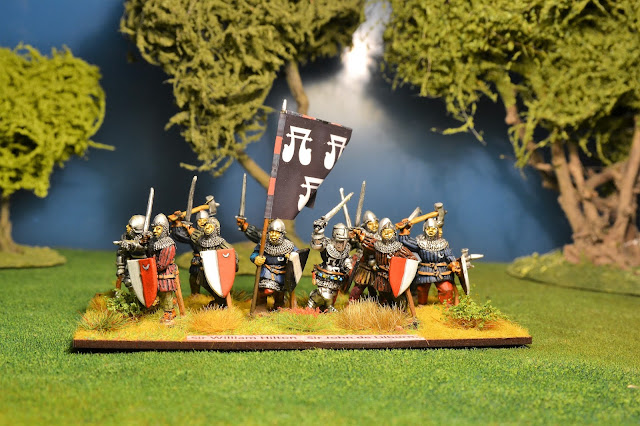 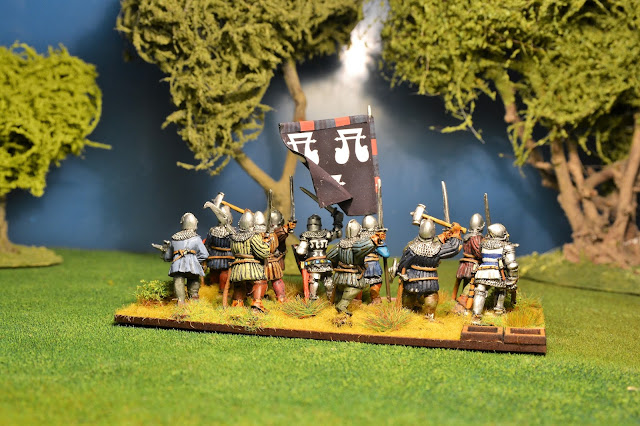 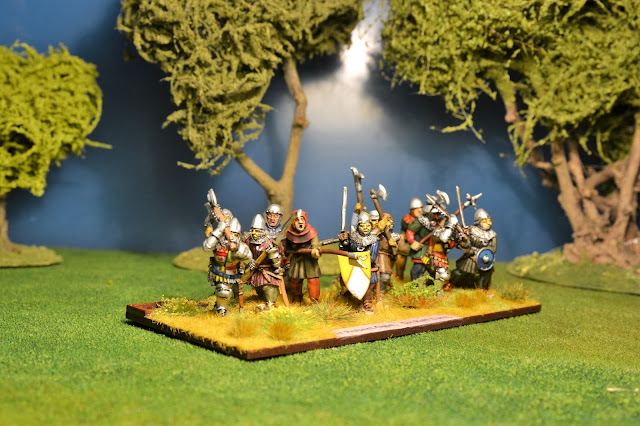 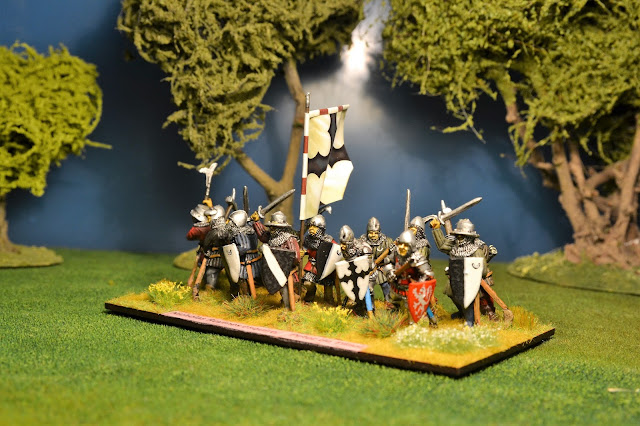 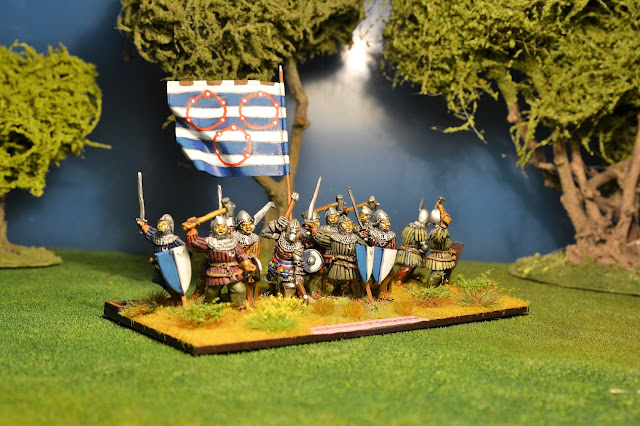 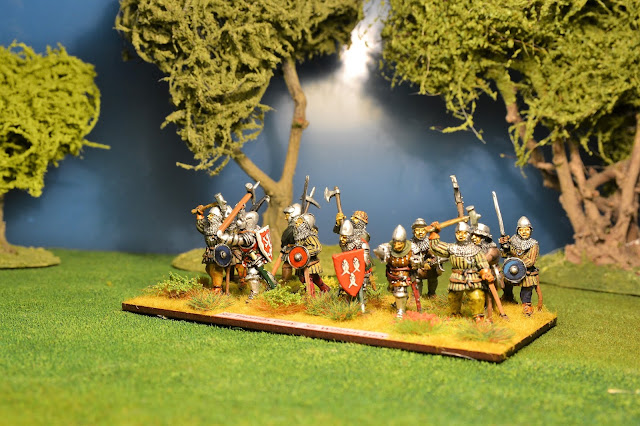 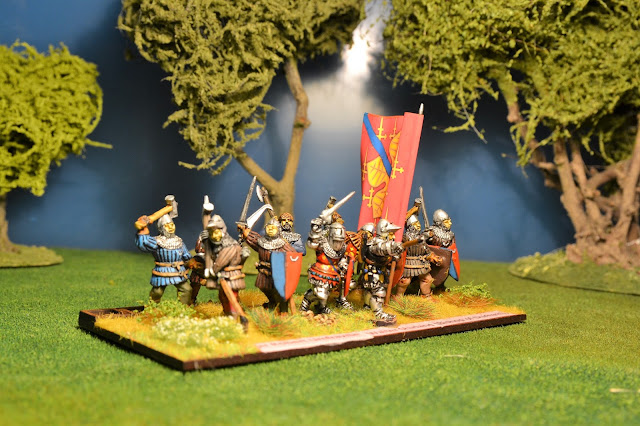