Chris, one of the lads from the club kindly gave me some spare Front Rank French voltigeur and British light infantry figures so I have painted these lads up along with the Perry plastic voltigeurs which came with the box set I put up on here a while back. All were fine, all painted up well and mix together satisfactorily. Used primarily for Sharp Practice 2 here they are, Perry's first: 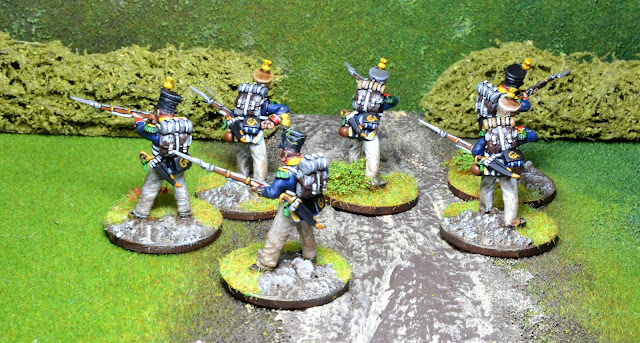 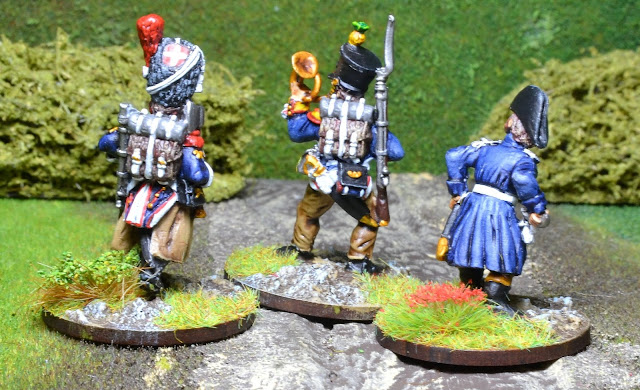 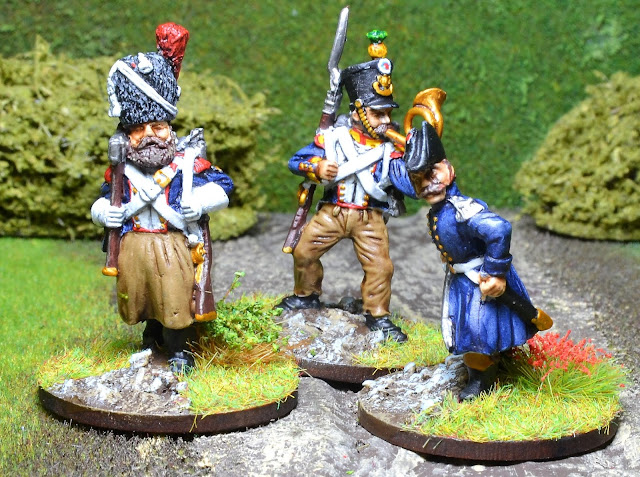 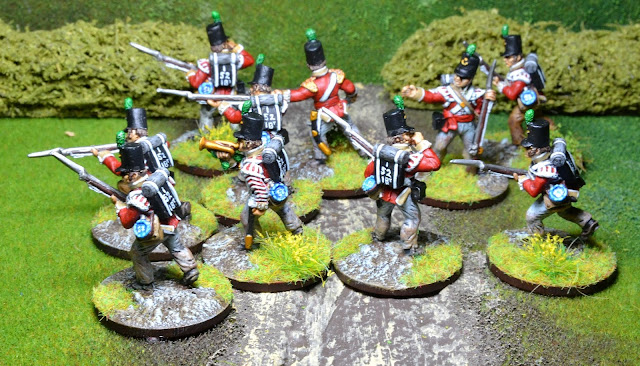 Interestingly (or maybe not) I tried out two of the new Citadel contrast paints, the 'Blood Angels Red' for the Brits and Talassar blue for the French. I don't normally use their stuff as it costs an arm and a leg but after all the hype I did want to try these out.
Light grey undercoat and both colours went straight on, I did water the blue down slightly after doing one figure as it looked a bit bland but after that they were fine, one coat and no highlighting at all. You can see the effect best on the French officer's greatcoat.
They are not the panacea which some claim and need to be used on figures with fairly well defined creases, nothing flat or you just get that coffee stain look but they will have their uses.
More 15mm Franco Prussians for SP2 next.
Dave.
Posted by Dave Huntley (sheepman) at 14:13