A couple more battalia added today, this time on the Parliamentary side. Specifically and confusingly enough The Lord Generals Rgt, again as there were two on the Royalist side at Edgehill. I would presume each side appointed their own guy to the post. In the Parliamentary case Essex himself raised two battalia which in the lists are classed as large units. Keeping in mind that I have to have the same frontage in my units to fit into the hexes/squares I figured that the only way I could represent large units was to base them up in three ranks as a pose to the normal two. It's as good as I can get it but I'm still not convinced that they don't have a Thirty Years War look about them, let me know what you think dear reader! 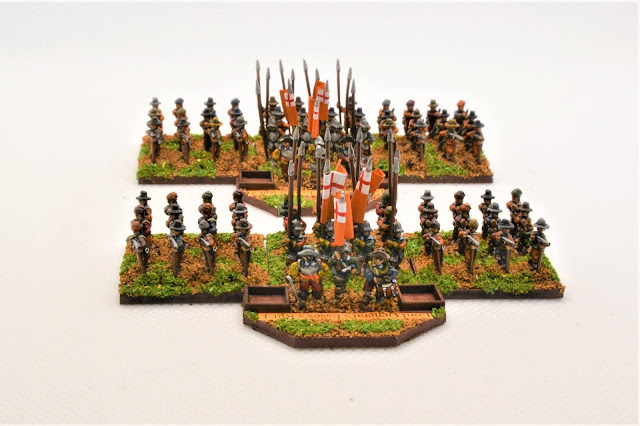 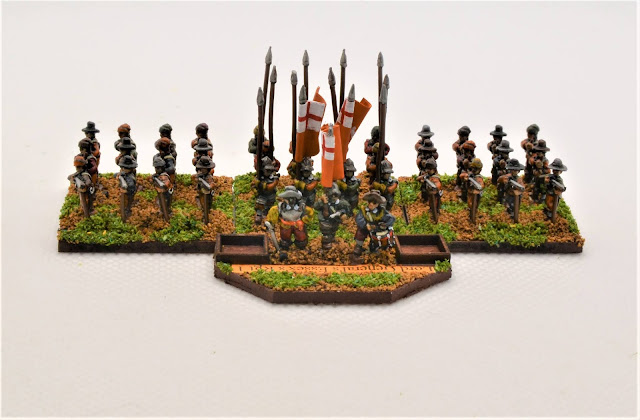 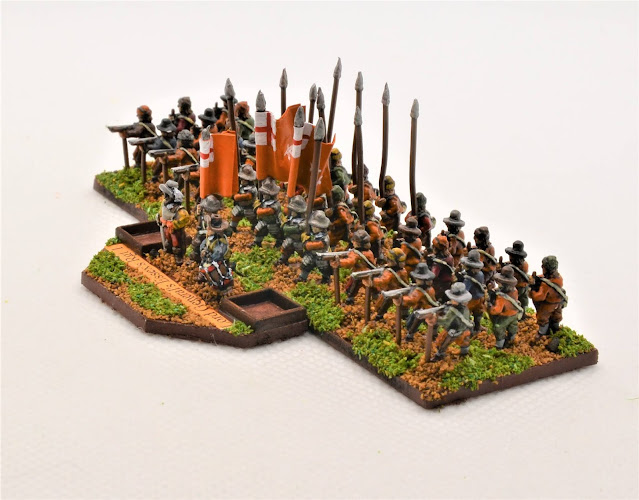 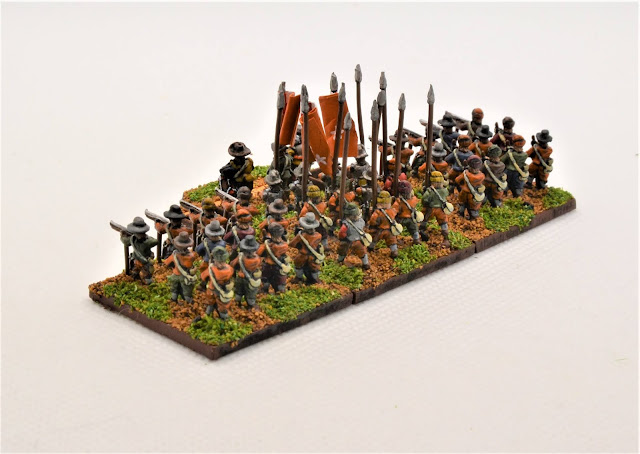 In my insanity I have sent off for a battalion of 1794 British line to complete the Émigré brigade so if they come this week then they will be next on the painting table.