Well, back again. I've been painting up some figures for a good friend, a deal which involved finishing off his 1:1 AWI army for lots of unpainted 15mm ACW. I'm exaggerating, it's actually 1:10 but it's a hell of a collection. I won't mention his name as I'm pretty sure that like many of us his better half hasn't got a clue as to how many of the little lead chaps he has in his reinforced loft! I have an image of her wanting something out of there, opening the hatch and a tidal wave of metal cascading down on her head. Any of my mates from the Reivers club will know exactly who I'm talking about, but I'm sure anyone reading this will also know someone like him.
Anyway enough of this tosh.
An addition to my 28mm French Revolutionary armies, these are Austrian Hussars 1790-1800 ish, to be exact Rgt No 1 Kaiser Franz. All figures are Elite (30mm actually but who's counting), nice figures with lots of movement and the usual ugly faces, but I like em. 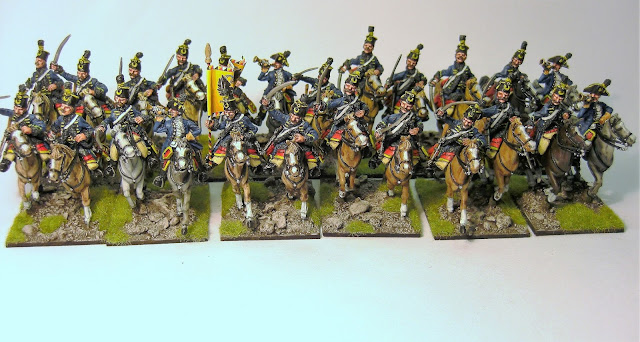 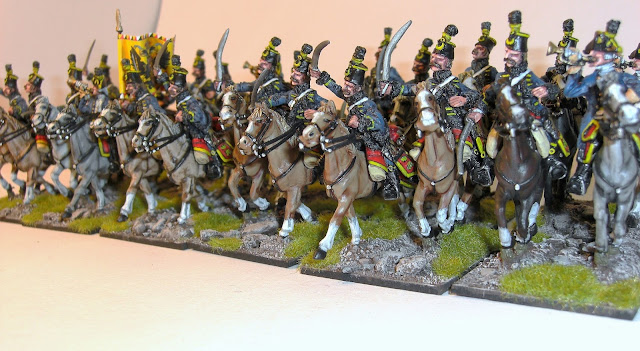 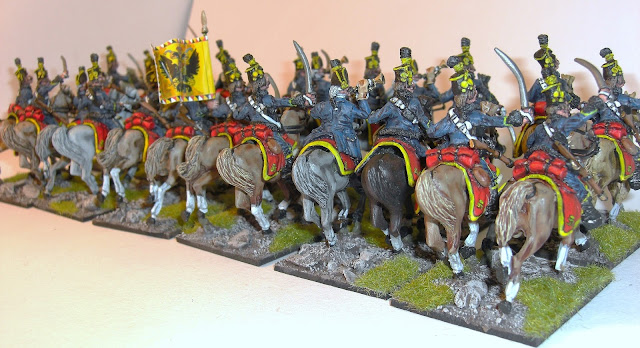 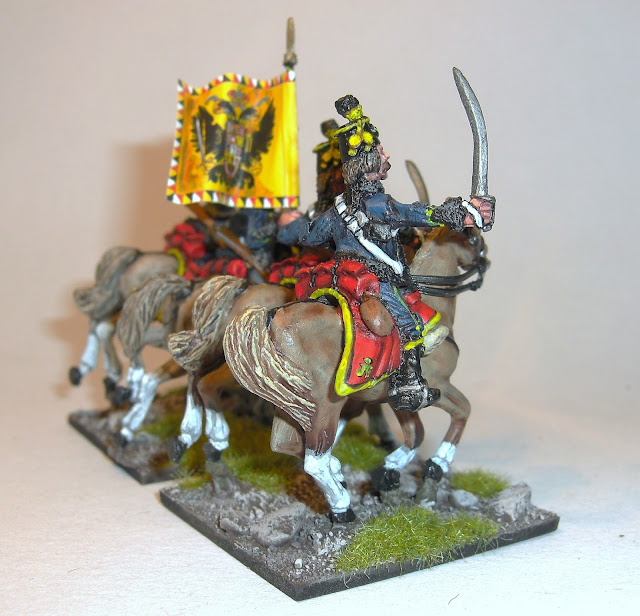 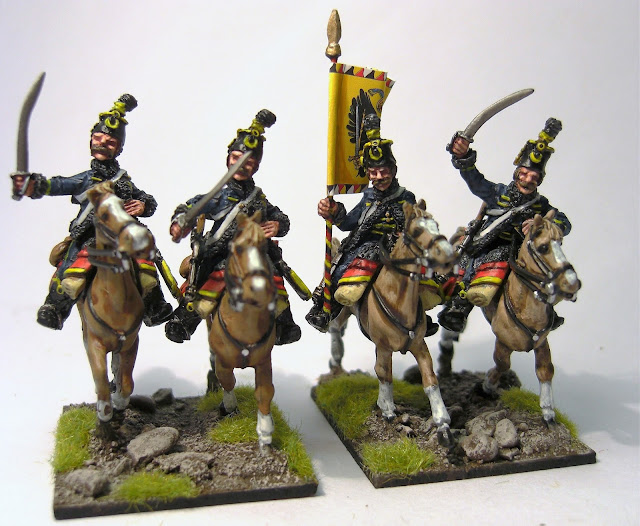 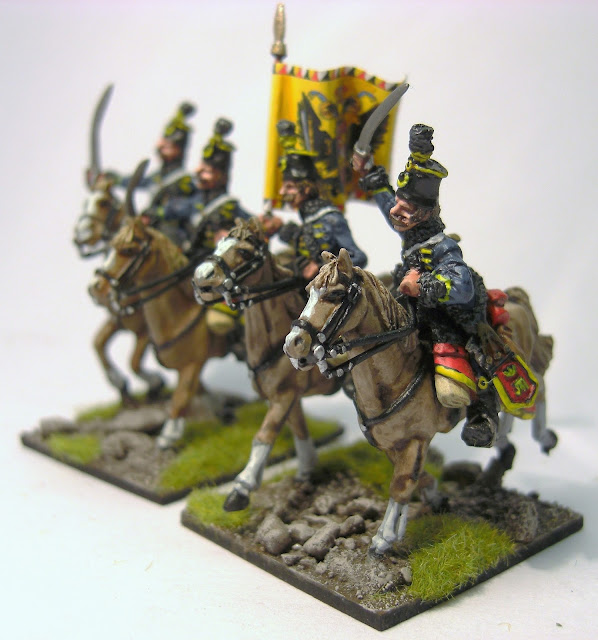 It has to be said that these fellows took a while to do, but worth it I think. As I have said in previous posts I purchased (sold an organ) Eureka Austrian Dragoons so they are next for this part of my collection. In the meantime I think I will get on with 15mm ACW, and re-base my Franco Prussian armies for Fire and Fury.
Ta Ta for now,
Dave.