Here is the ACW bridging train I've just finished for the impending game coming up at Micks, Scotty needed some supply type stuff to (I think) clog up the approach roads to the battlefield.
As I have mentioned in the past I was kindly given most of these ACW figures (un-painted) by Tom a good friend and a club member.
Now, not to put too fine a point on it but Tom has the largest supply train I've seen for quite some time (no pun intended big boy!) and kind chap though he is, when he see's these he'll wish he'd kept them. Not that their anything fantastic but the man has a thing about wagons.
Anyway here's the gear:

Next thing to begin is a 28mm 48 figure French Revolutionary Austrian battalion. This (obviously) will take a bit of time so don't hold your breath.
Dave.

Two posts in one month, don't get too excited folks. Na, I'm sure you won't.

These lads aren't exactly new as they've been done for about two years and added to, but it's the first time I have photographed them so I thought they should go on the blog.
I always fancied a New Egyptian army (or 'stick and nappy men' as my mate Rob would say!), and as you can see I'm fairly well on with them.
Could do with about eight more chariots but at £10 a pop it ain't cheap, then there's starting on the opposition. What to go for? Actually it has been such a while since I did any biblical stuff I may be tempted to give it a go I haven't got any yet but these chaps Cutting Edge Miniatures seem to have an excellent ever expanding range with a great many possibilities.
Decision, decisions.

Here's the ones I've done so far, mostly Old Glory with some Foundry thrown in. 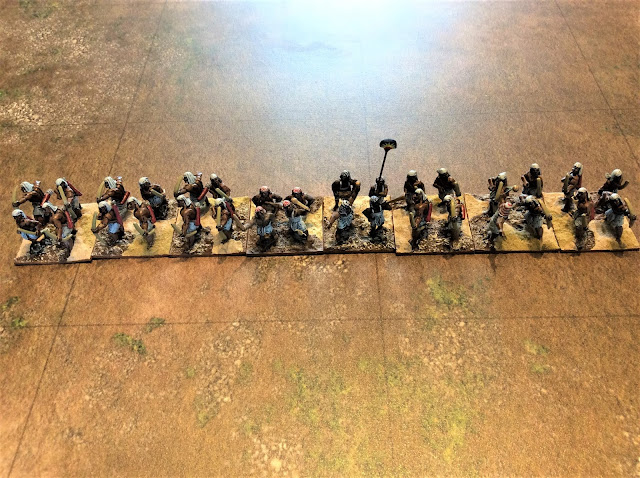 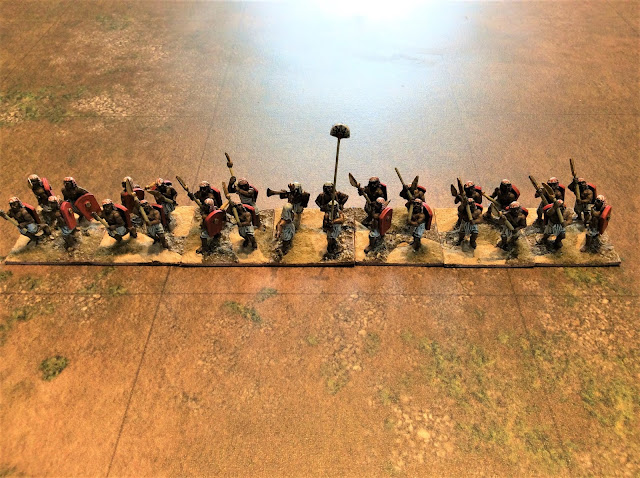 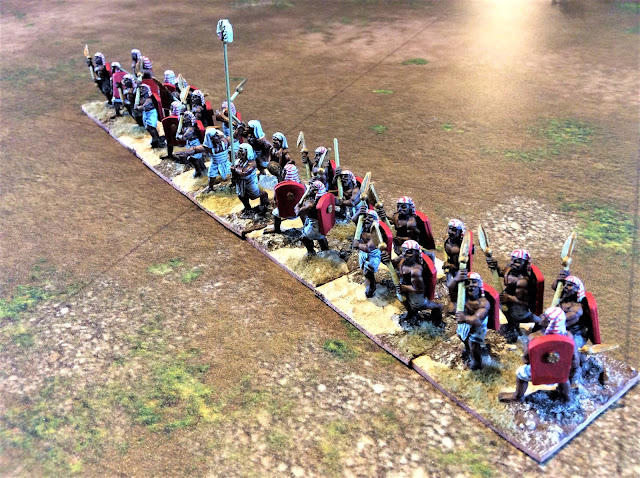 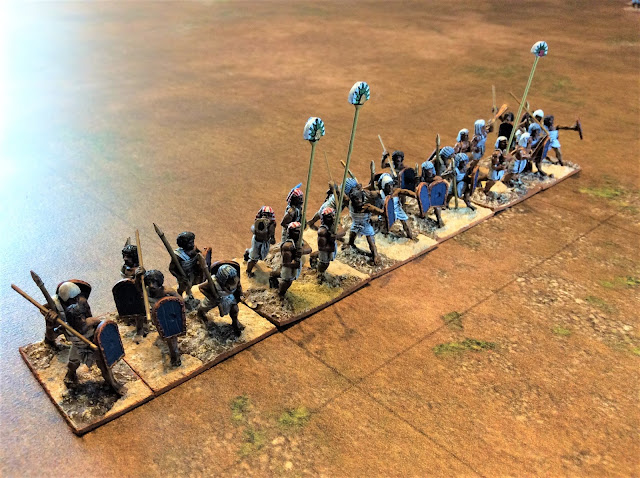 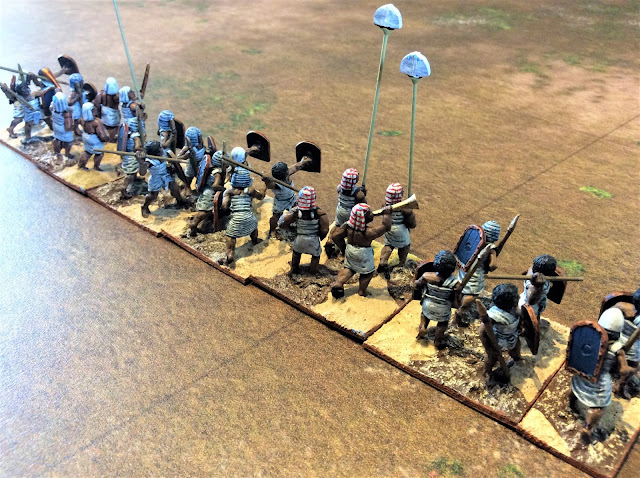 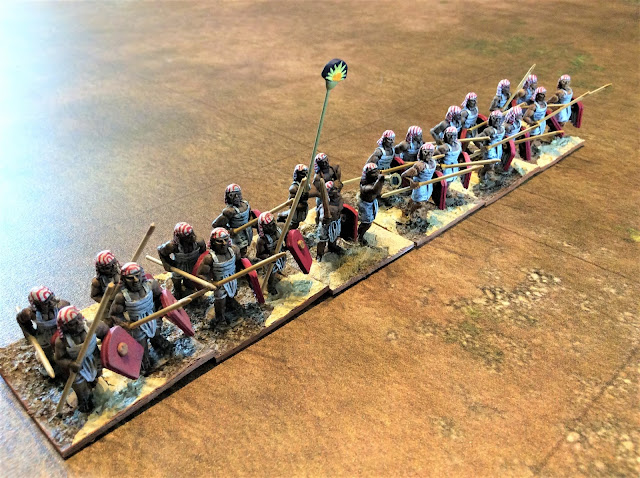 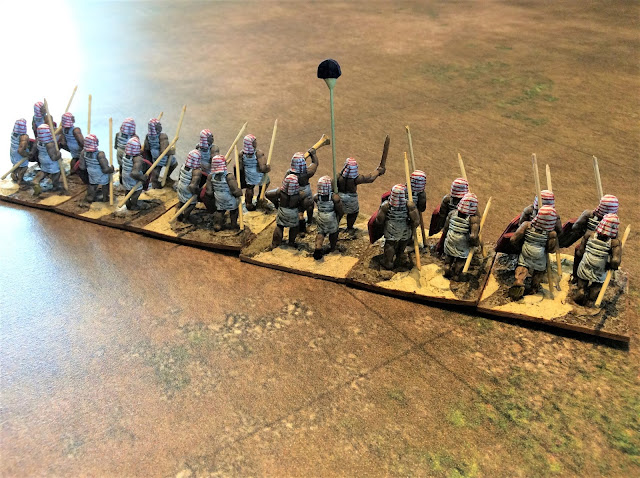 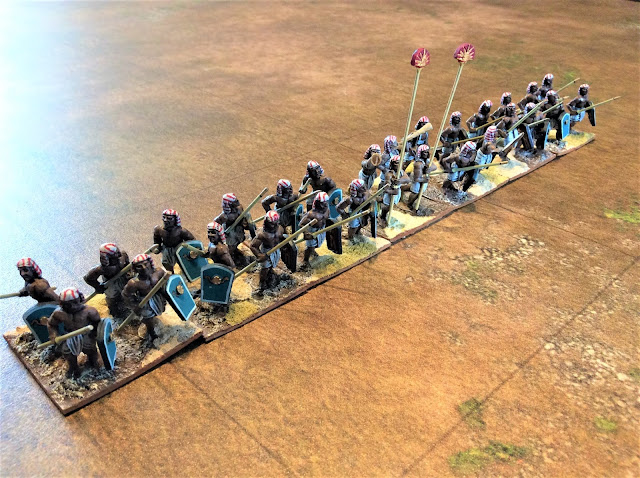 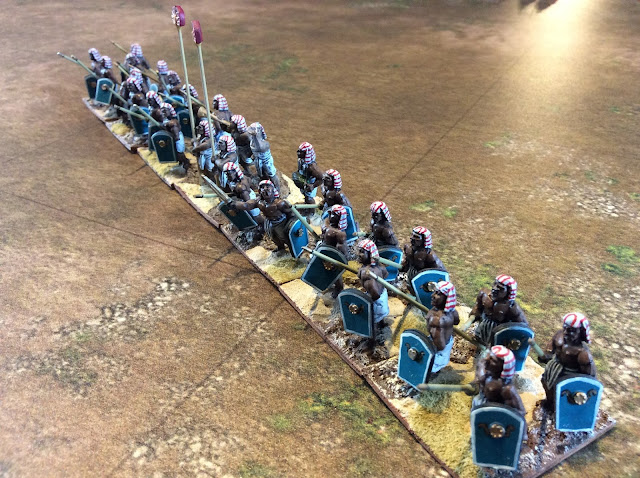 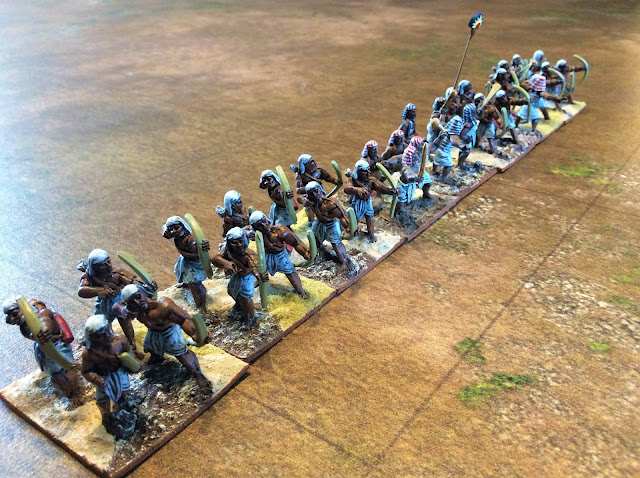 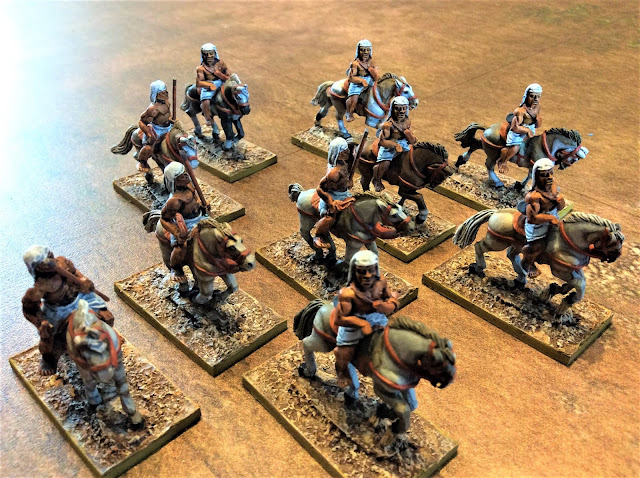 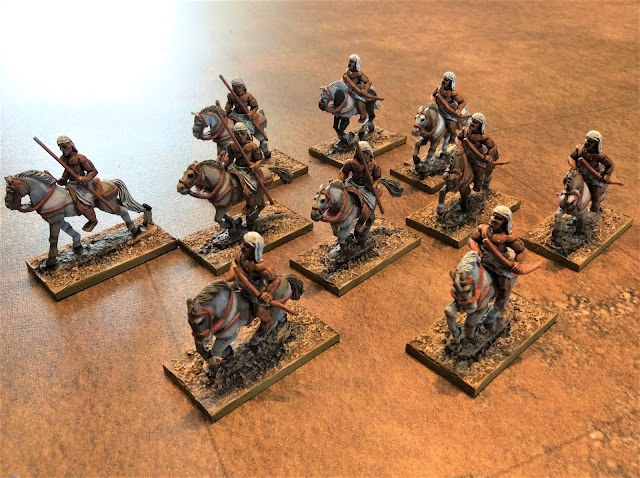 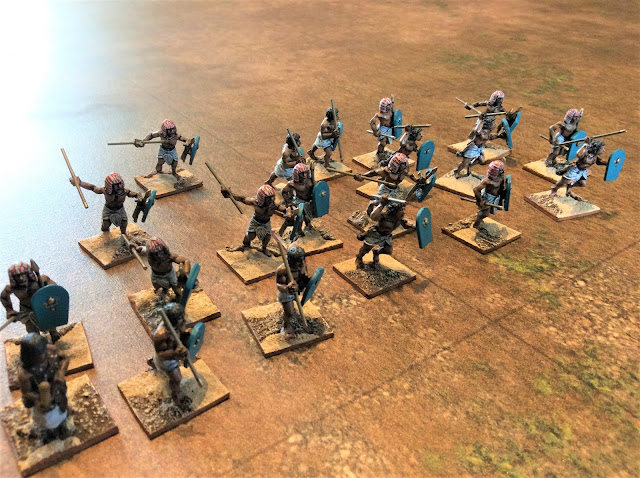 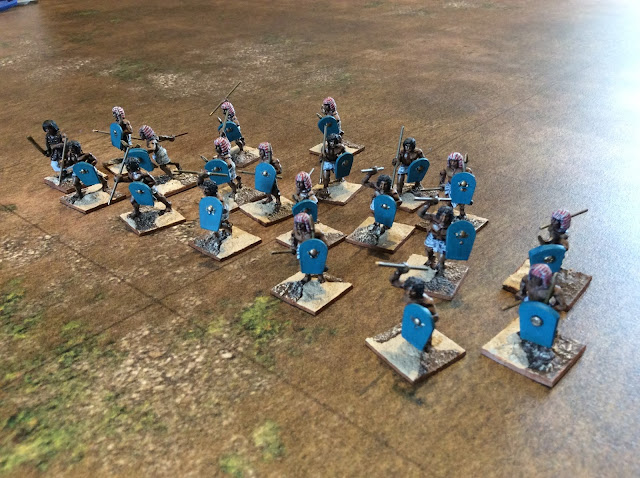 Finally the chariots themselves: 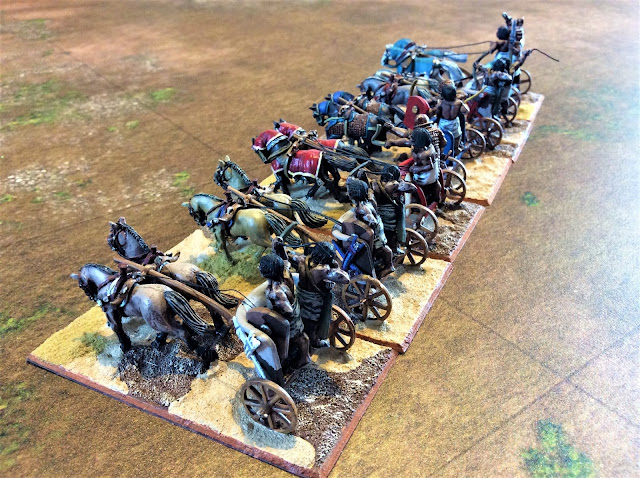 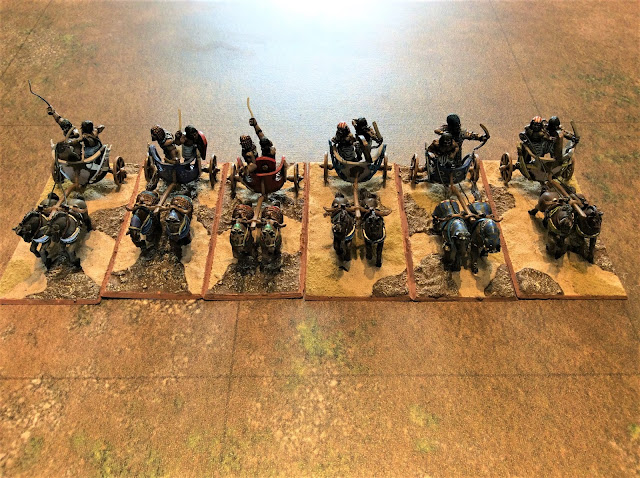 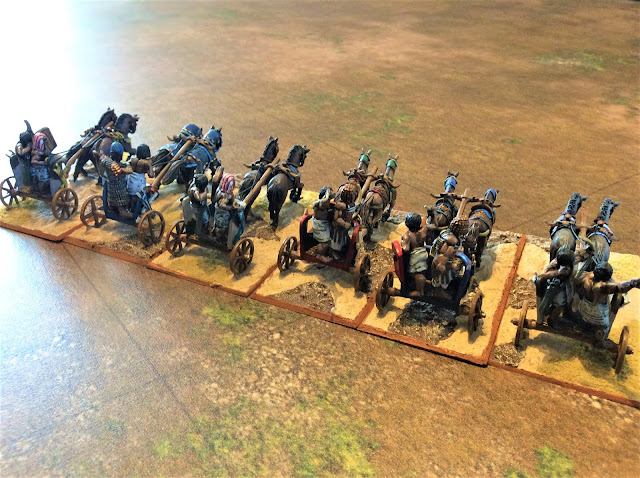 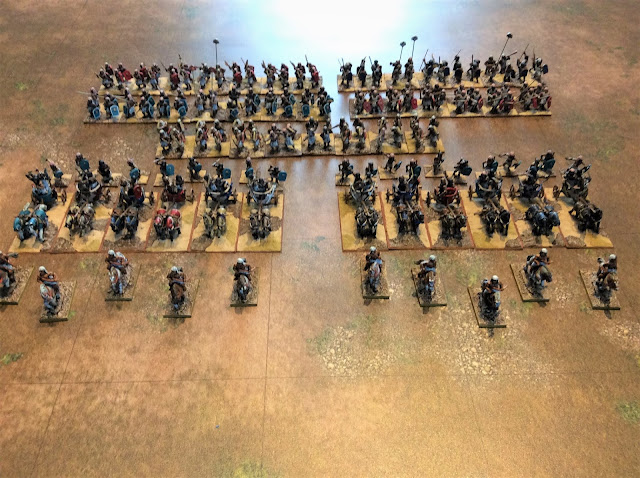 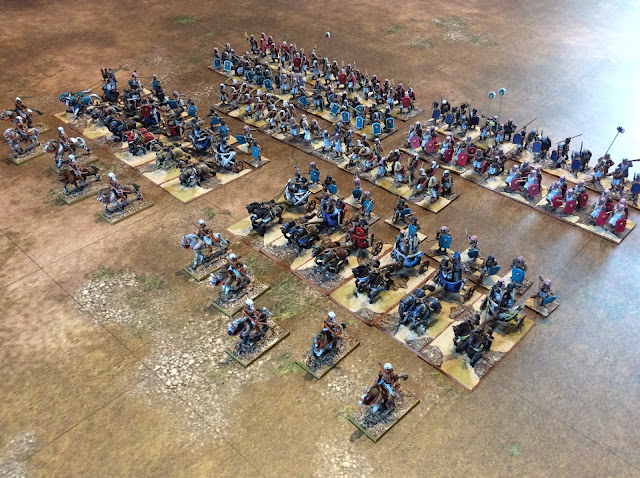 If I were to go for Assyrians as opponents then I would need the chariots with a bit more armor on as these were more prevalent in the later period, however Hittites would require the lighter types.
We shall see but for the moment Scotty needs some horse drawn waggon types for the upcoming 15mm Franco Prussian encounter at Micks place so it's on with those.
Dave.
Posted by Dave Huntley (sheepman) at 10:41 8 comments:

Well it's been quite a while since I last posted on here, Christmas in fact! It;s mainly been work to be honest, a real bitch and I've been so knackered by the time I get in that wargaming related stuff is low on the agenda.
However I have just about managed to get these 15mm Franco Prussian War Bavarians done for a forthcoming game up at Micks, they fit in well with Scotty's stuff : http://scottyswargaming.blogspot.co.uk/
These lads are the 3rd infantry Division, II Bavarian Corps:

So four infantry regiments, two light battalions, two batteries (limbers need doing) a cavalry rgt and commanders.
Hopefully it will not be so long till the next posting.
Dave.