These British Light dragoons will make up a light cavalry brigade for the Peninsular both for General de Brigade/Armee and Sharp Practice: 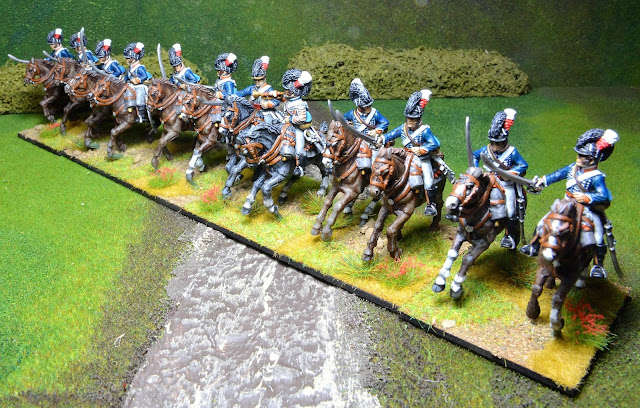 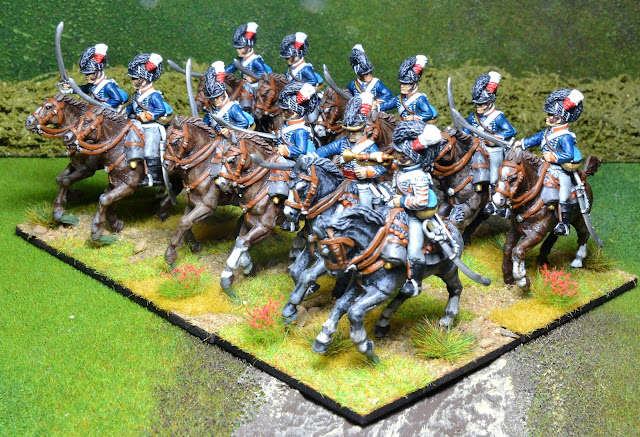 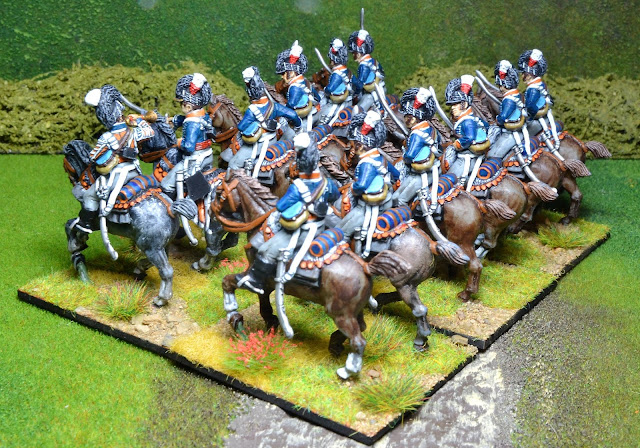 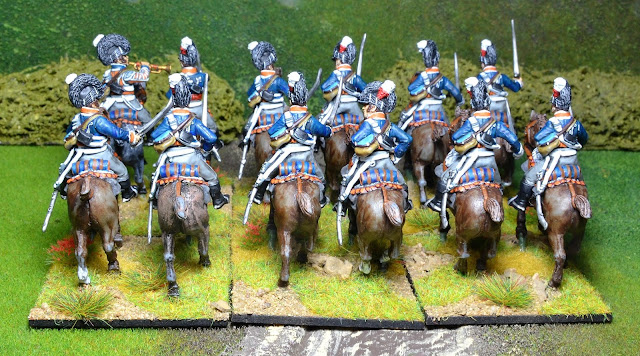 Nice figures, Perry plastic. I gave oil painting the horses and then wiping the excess off with a cloth a go for the first time here. Its an old technique and the result was ok but I don't think I'll do it again as it was simply too much of a bugger on. Too messy by half and I get almost as good a result by a light coloured undercoat with a wash over the top.
Dave.
Posted by Dave Huntley (sheepman) at 07:51 9 comments:

A few spare 28mm Front Rank figures kindly given to me by one of the lads at the club painted up for Peninsular Sharp Practice: 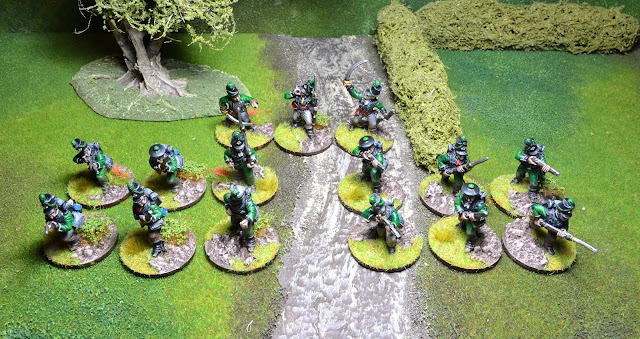 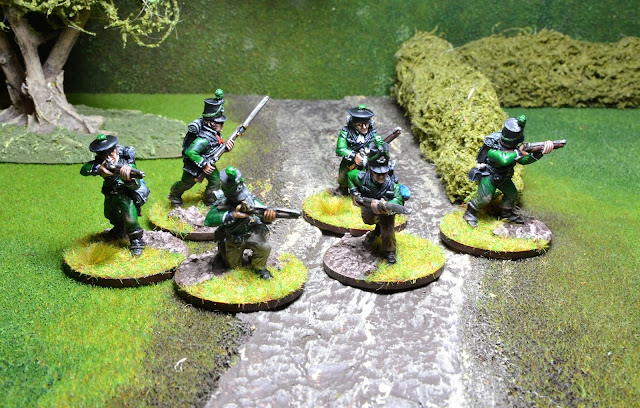 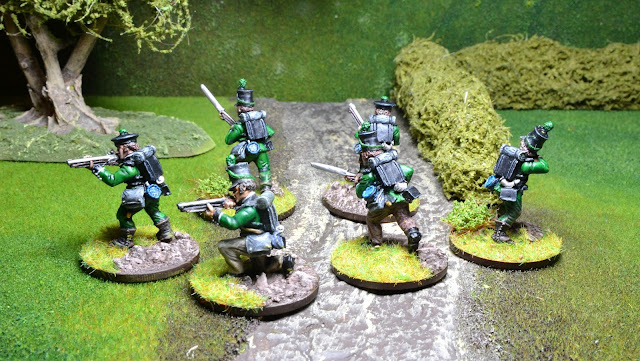 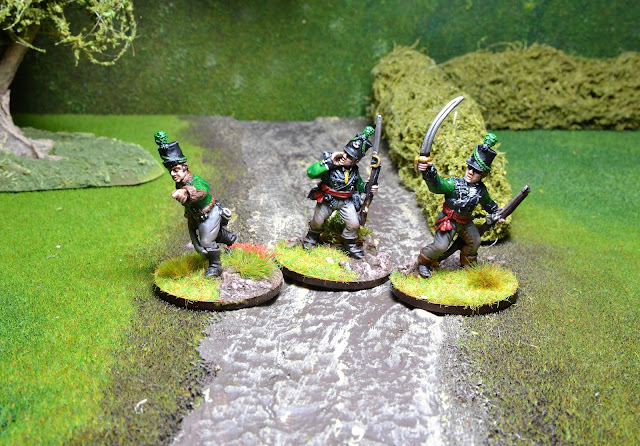 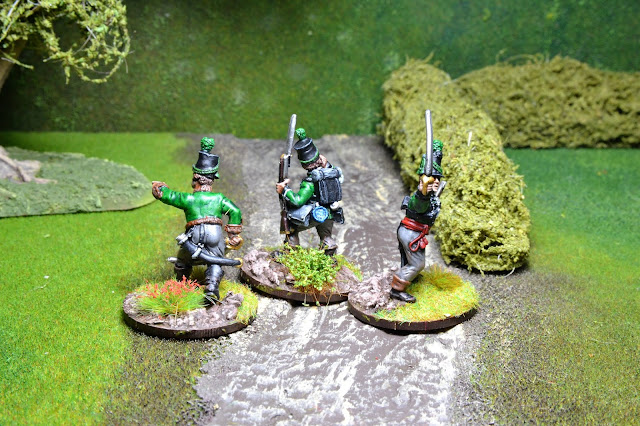 Again used the Citadel contrast green colour for the jackets. It's a bit brighter than I would normally have done them but still ok I think.
Dave.
Posted by Dave Huntley (sheepman) at 02:30 4 comments:

Finally got all of my French Revolutionary figures onto the table at the Boarder Reivers club at Blagdon hall in Northumberland yesterday to fight a fictional battle between the Austrians and French. This isn't exactly a write up but more a gist of what happened. General de Armee rules by the way. 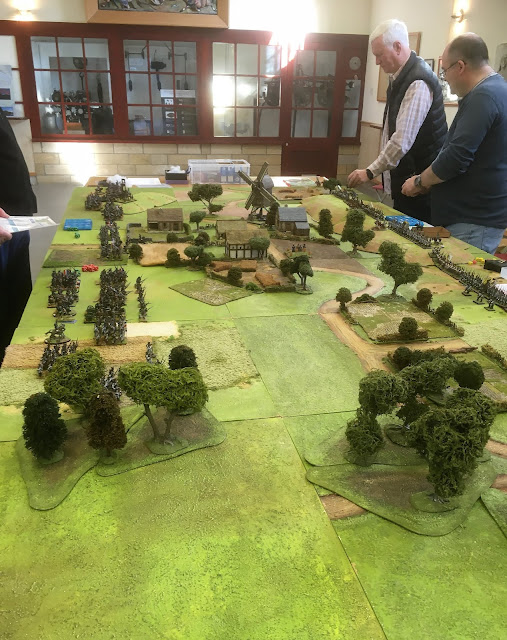 The field of battle itself with a couple of reprobates hanging around! 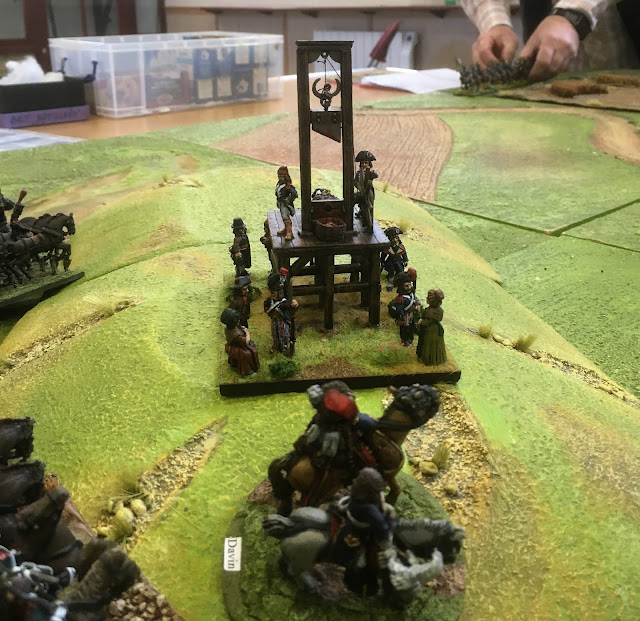 Encouragement for the Republicans not to bugger it up. 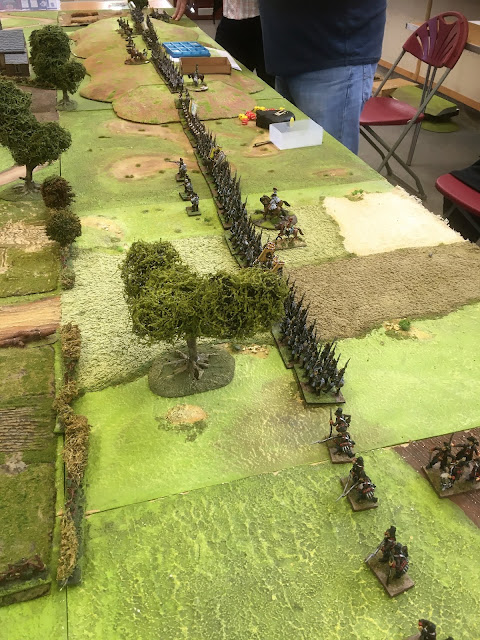 The Austrian line of battle, not exactly subtle, I think maximising firepower will be their thing. 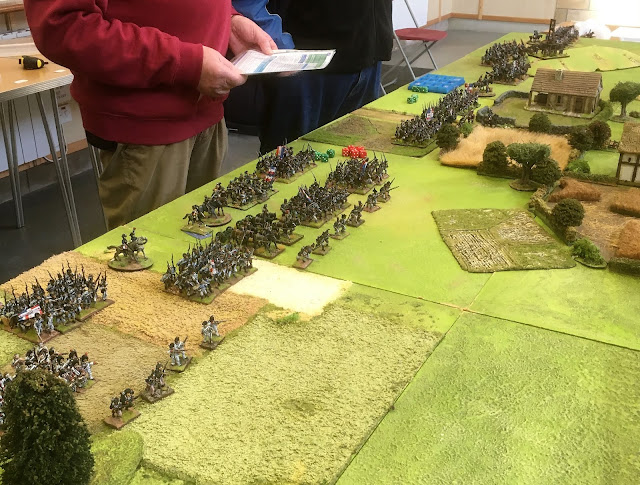 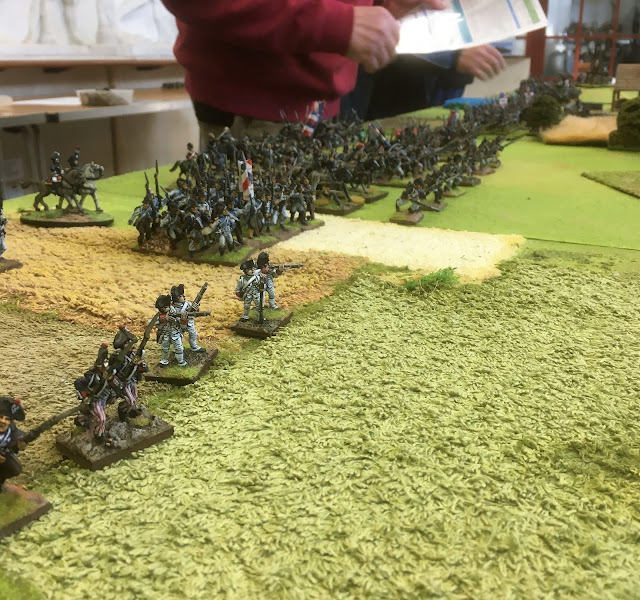 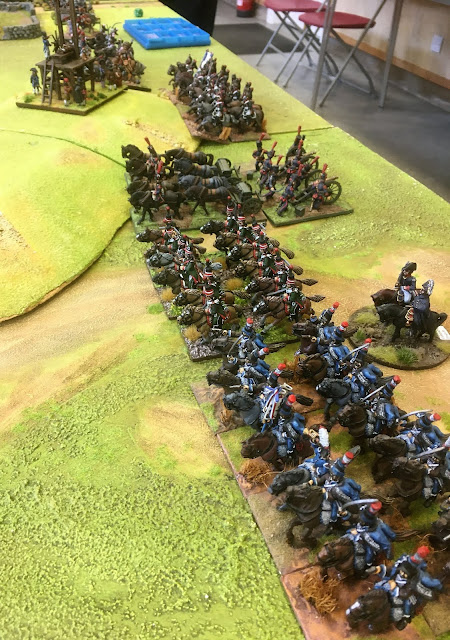 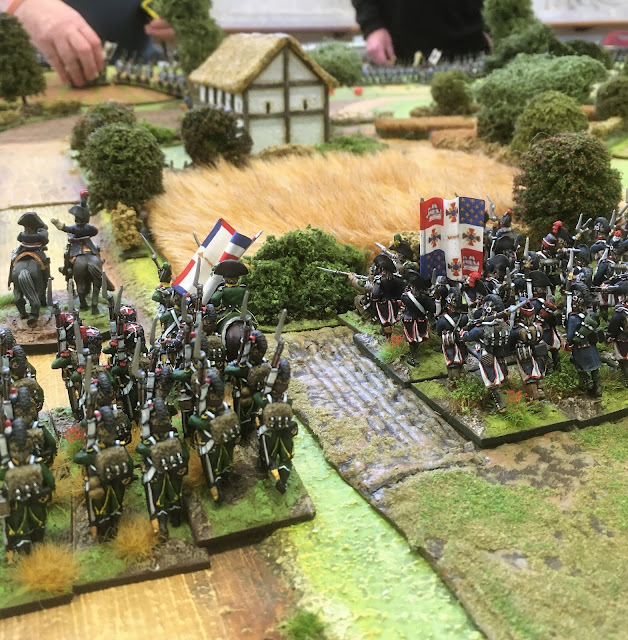 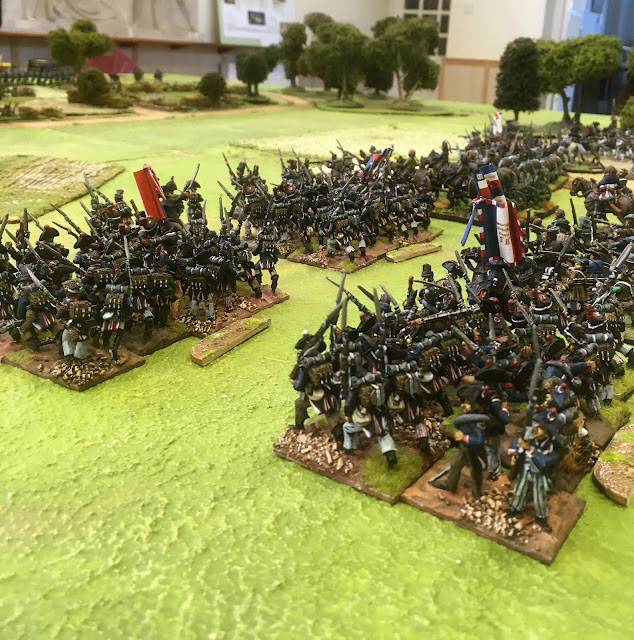 Close ups of the French. 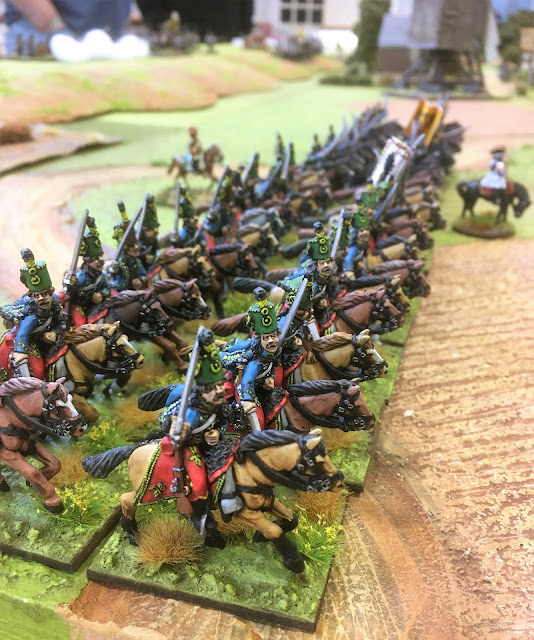 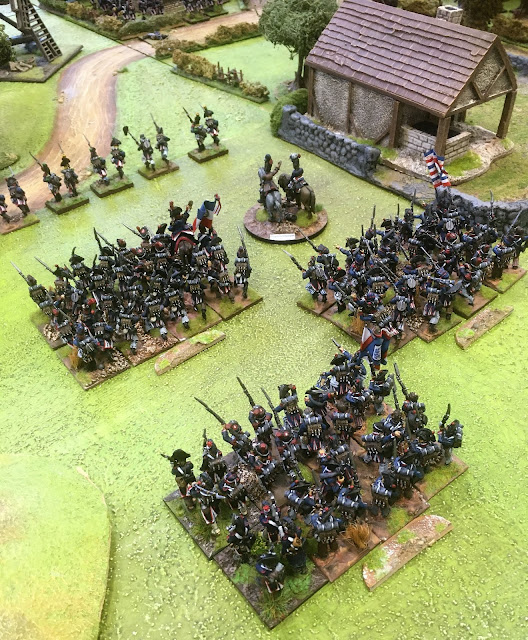 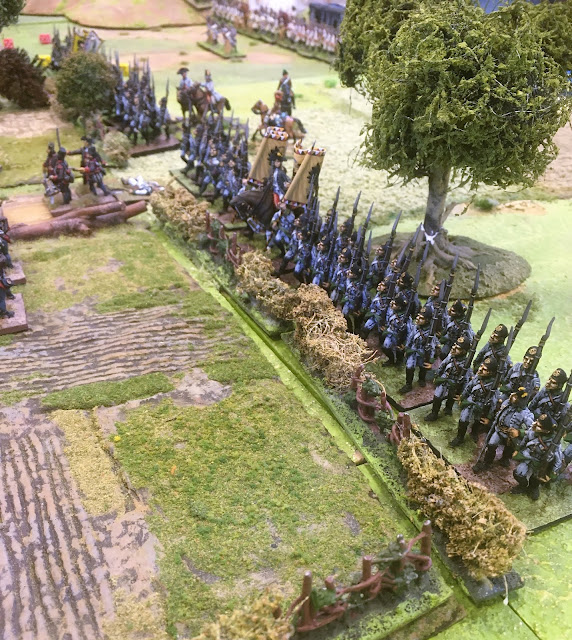 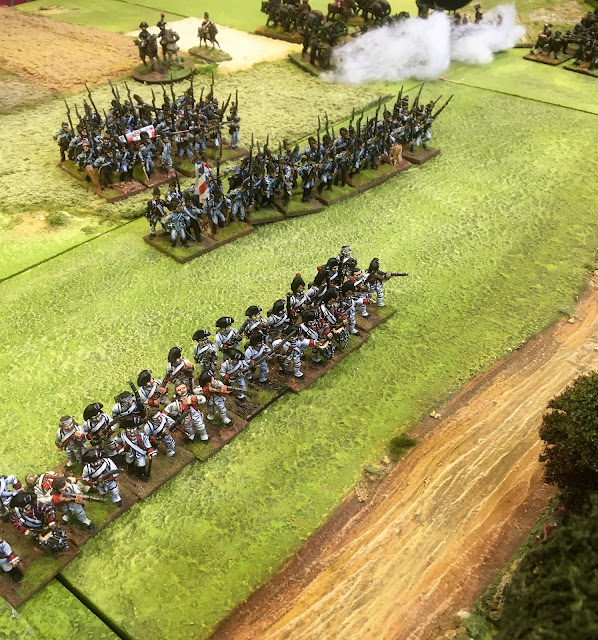 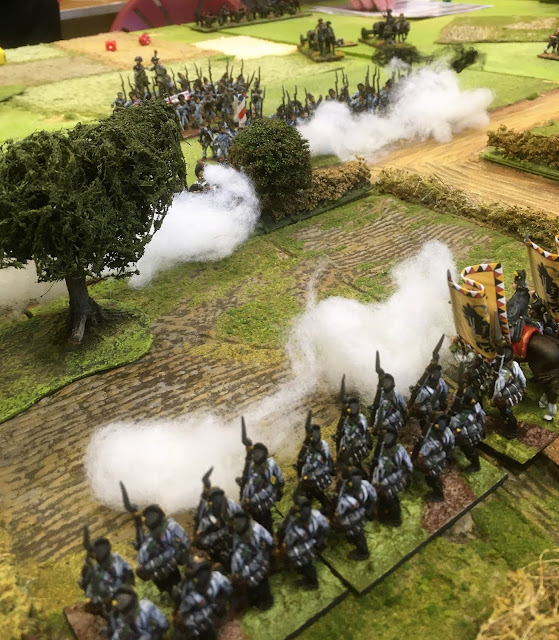 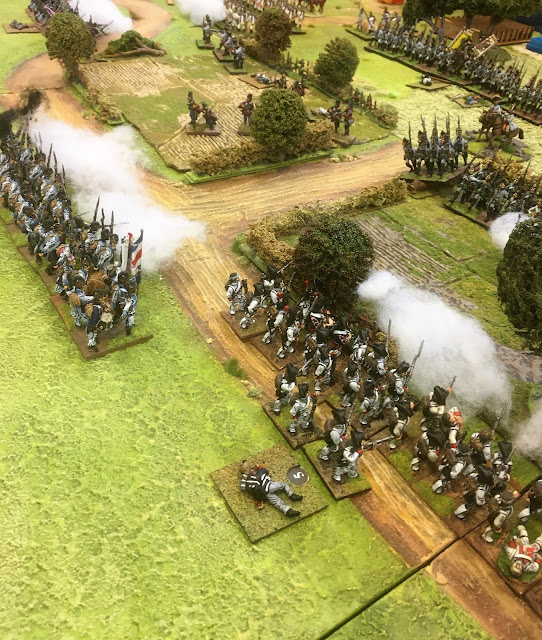 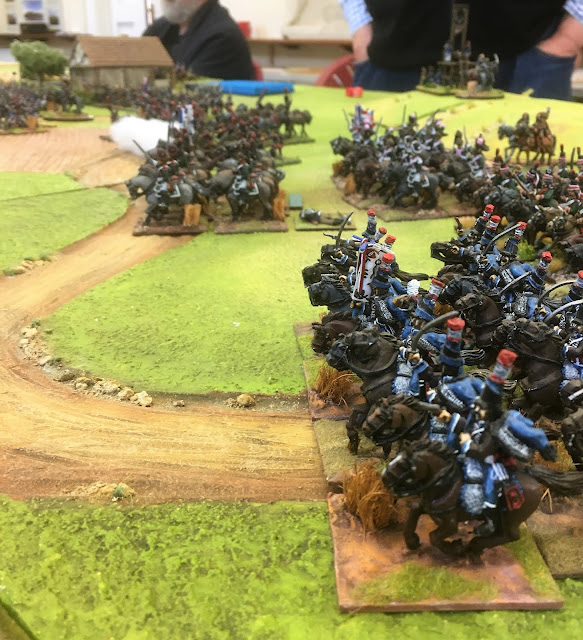 General pictures of the encounter. 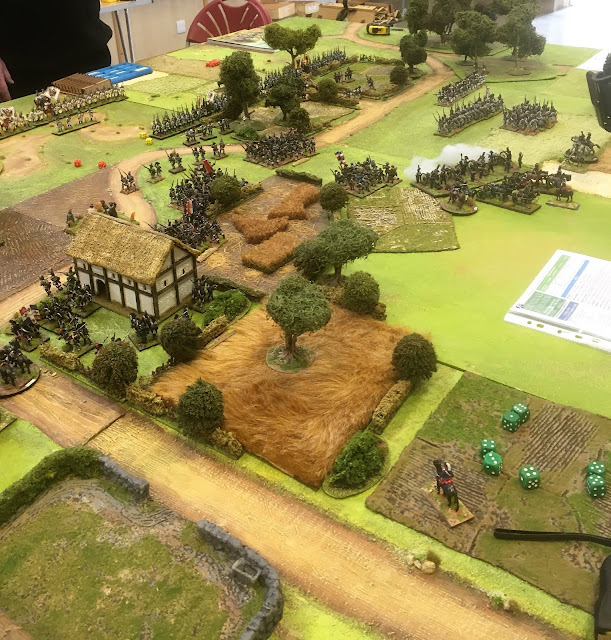 The centre and right of the field as seen from the French point of view. The French plan was to push through the centre, occupy Louvain and hold on. The white coated regular French infantry on their right were somewhat slow in engaging their Austrian counterparts while on their left their poor cavalry attempted to hold their own against their Austrian  opposition. Somewhat surprisingly they not only did this but with the help of a French elite horse battery managed to repulse their attack with severe losses to the Austrians.
Overall the game just about went the Republicans way as the Austrians could not manage to concentrate their superior fire power to drive the French off.
Great company, a great game, fantastic to get the figures on the table and a good day all round.
More pictures will be coming up on the club website here. New members always welcome by the way.
Dave.
Posted by Dave Huntley (sheepman) at 03:31 11 comments: 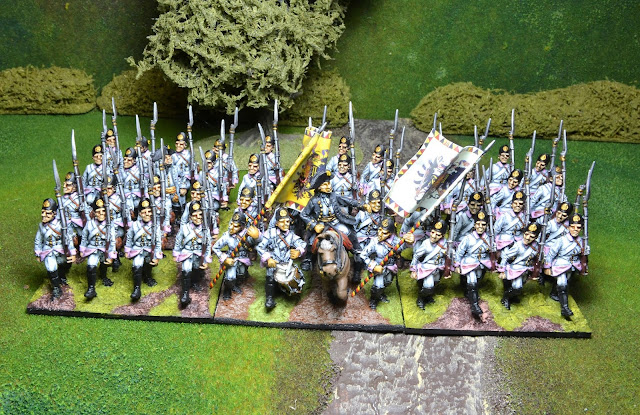 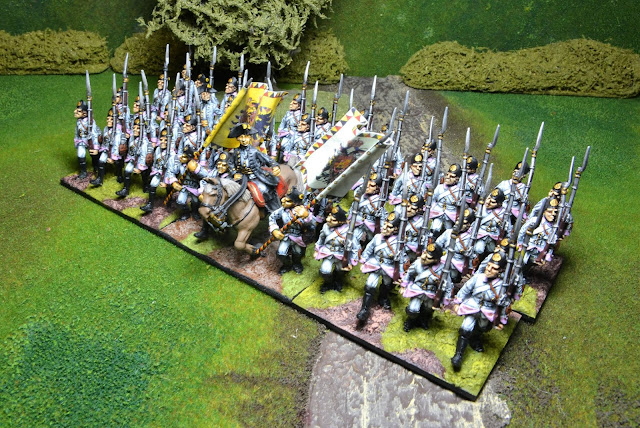 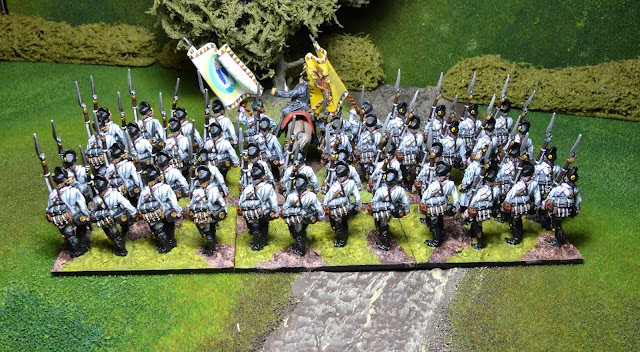 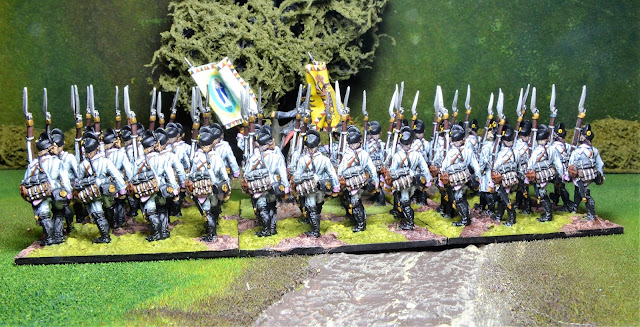 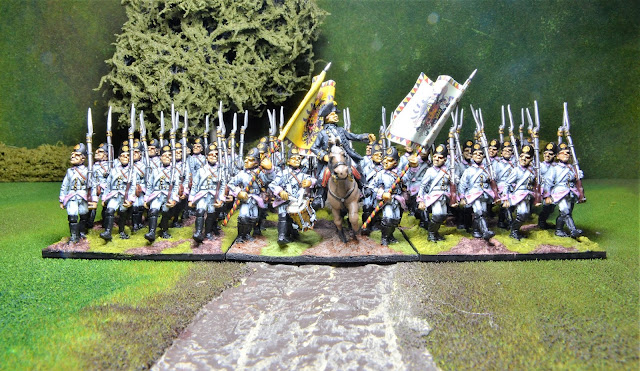 I have an Old Guard unit unpainted, I wonder if with a small amount of work the figures could be done as Consular Guard for 1800? Really need another Austrian position battery as well, onwards ever onwards!
Dave.
Posted by Dave Huntley (sheepman) at 02:51 12 comments: