Well, no hobbits but I have been here before. I have just completed the replacement 28mm Austrian Hussars for the French Revolutionary army, as you guys will know these twenty four Eureka figures will replace the 30mm Elite cavalry that I sold, hence the there and back again crack.
Twenty four 28mm cavalry take a bit of painting and yes I did them in one batch, if I'd split them up to paint I would have given up half way through and made do with twelve of the buggers! I am pleased with them though, very colourful. 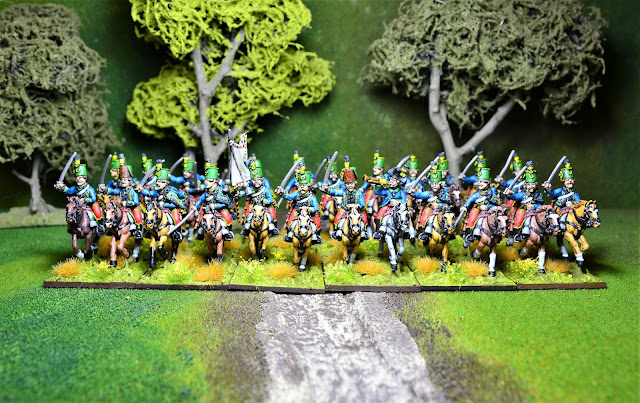 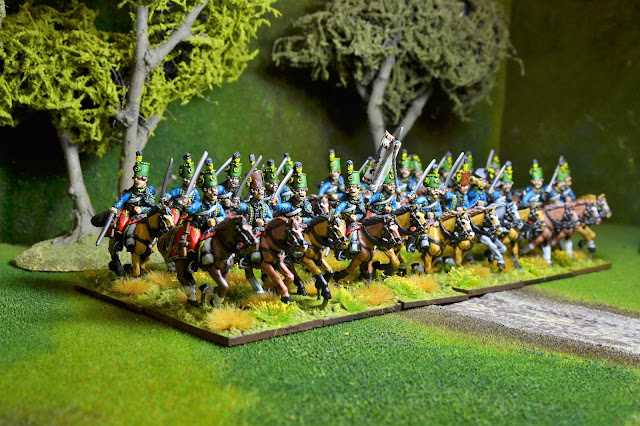 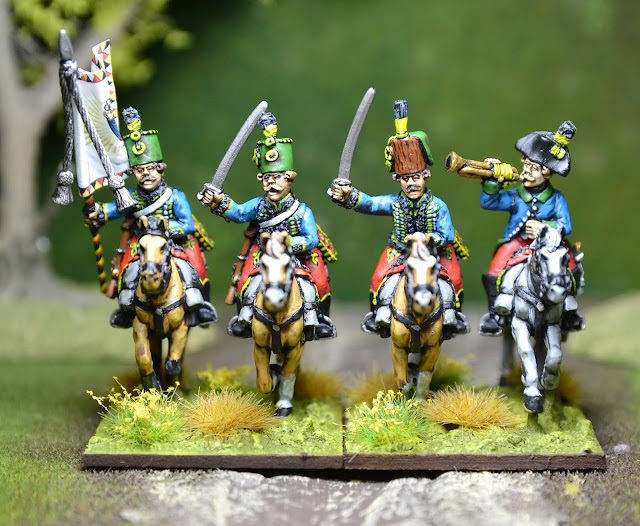 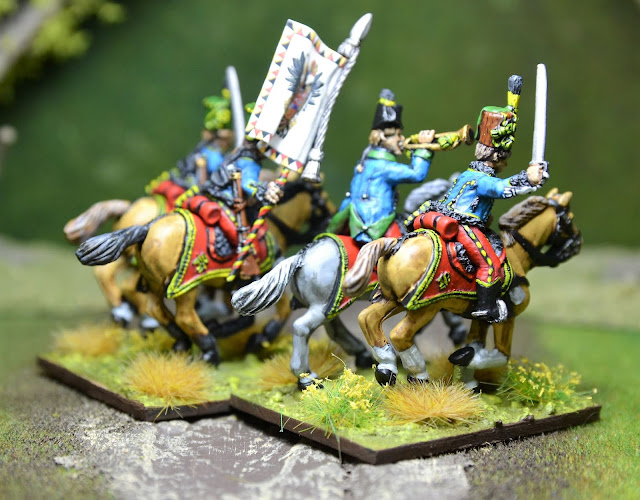 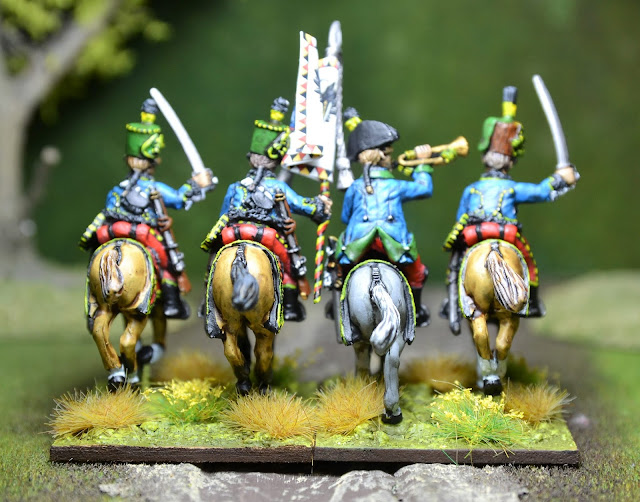 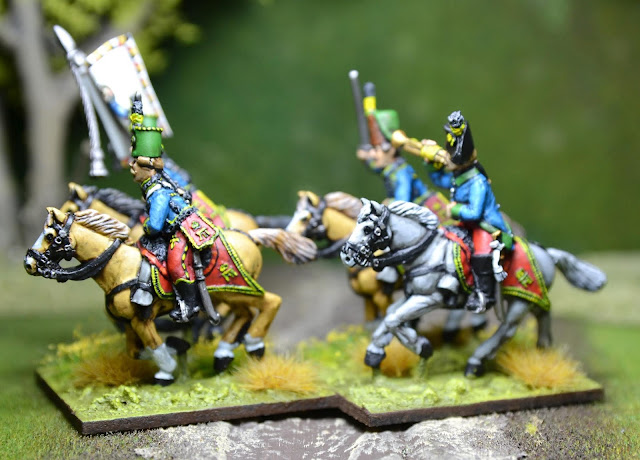 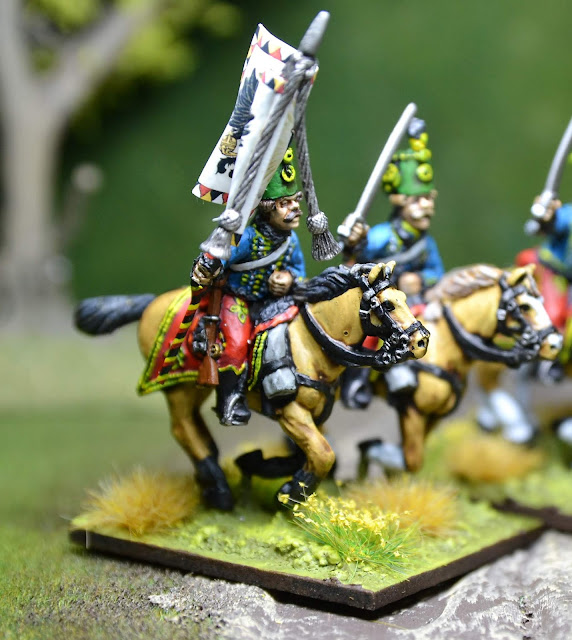 I know they didn't carry their flag at this point in time but hey I like flags!
Off for a well earned rest.
Dave.
Posted by Dave Huntley (sheepman) at 10:49 16 comments: