Finally the photographs taken by John for Aprils Miniature Wargames magazine have been published and I can now get them on the blog. Truthfully the Editor would have had no problem but I felt it only right to wait until the article was out before putting them on here.
It was a good game on the night with (if I remember rightly) a victory for the Scots!

Various views of the action, English Knights/men at arms: 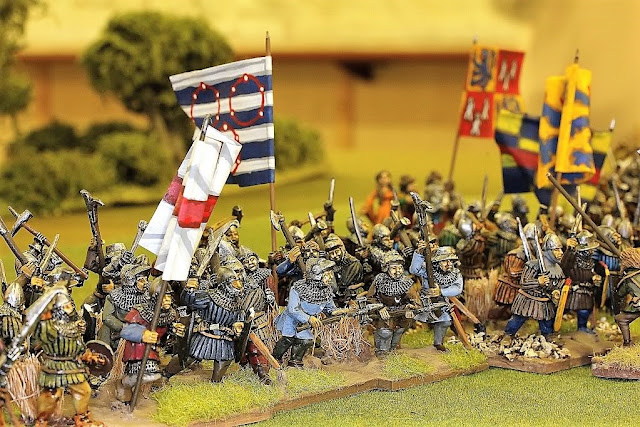 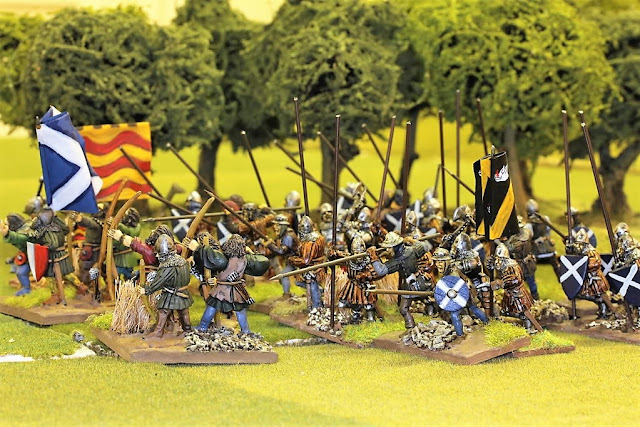 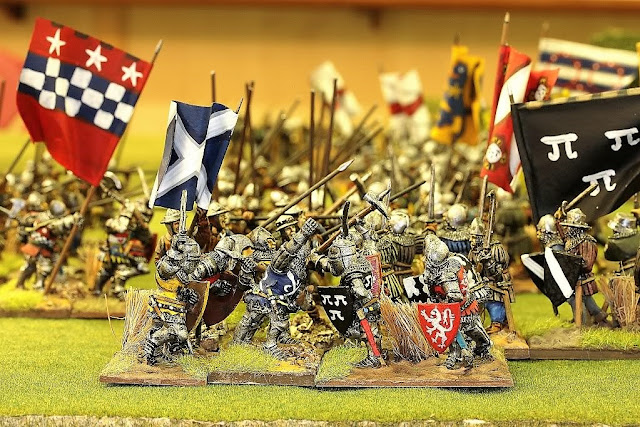 The Hobilars sitting it out in the rear: 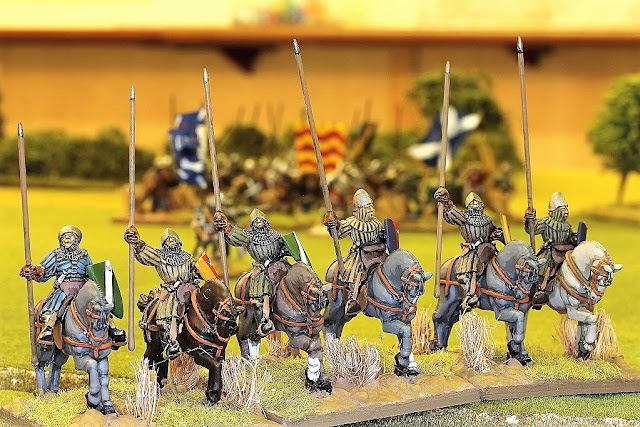 Most of the stuff is Old Glory, but I see that David Imrie is putting out a range for this period under Claymore Castings, also Flags of War are doing most of the various standards and shield transfers (wish I'd had them when I hand painted everything for Otterburn). They do look very good figures, must resist adding to this lot!
I'll put on some pictures of individual figures later.
Dave.