A bit more progress with the 1870 French Imperial Guard.
2nd Division 1st, 2nd and 3rd Regiments plus Guard Zouarves. Based as usual for Fire & Fury Frances:

No artillery yet, the rest of the Voltigures next.
Dave.
Posted by Dave Huntley (sheepman) at 14:46 3 comments:

I've thought about using hex terrain for a good few years now, particularly since we started going up to Micks and using his permanent table set up in his gaming room in the borders. The advantages are of course that you know precisely if units are in or out of range, where the flank of a unit is, how far they move etc, and hidden movement is easily recorded.
Conversely it doesn't look as good, there's no getting away from it, it doesn't. But everything is a compromise so there you go. I still have the more aesthetically pleasing board terrain pieces that I have used in the past if I want to make the game 'pretty'.
So, a step by step guide to making cheap terrain gaming mats.
I decided on 120mm hexes, again as a bit of a compromise. Each of the different periods, figure scales etc have different basing sizes, so 120mm seemed the most appropriate. This first photos show the hexes being drawn up on card: 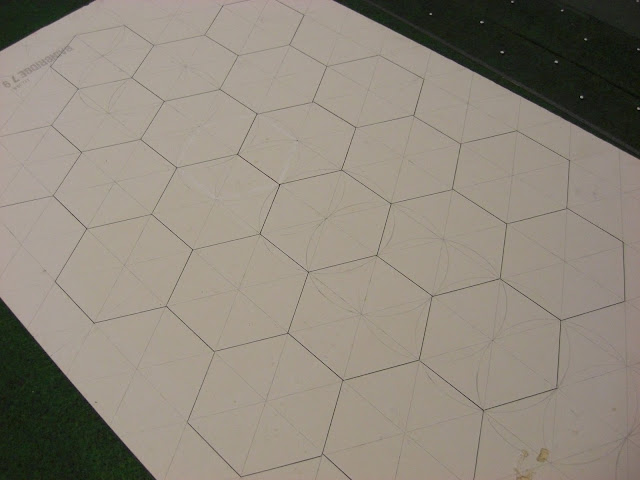 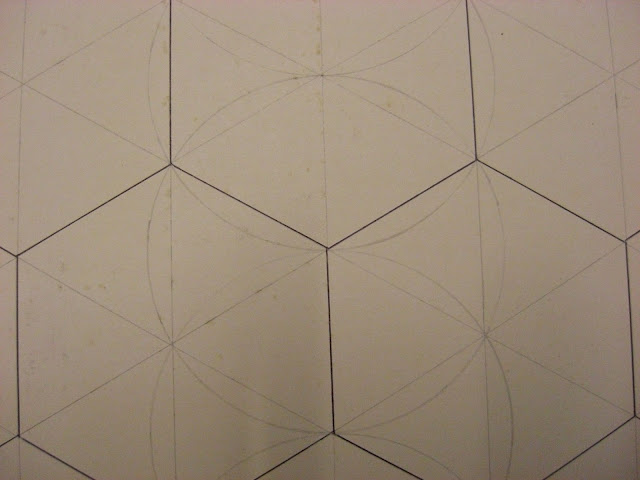 Perspex placed over the card, the intersection points of each hex marked, and a hole drilled through: 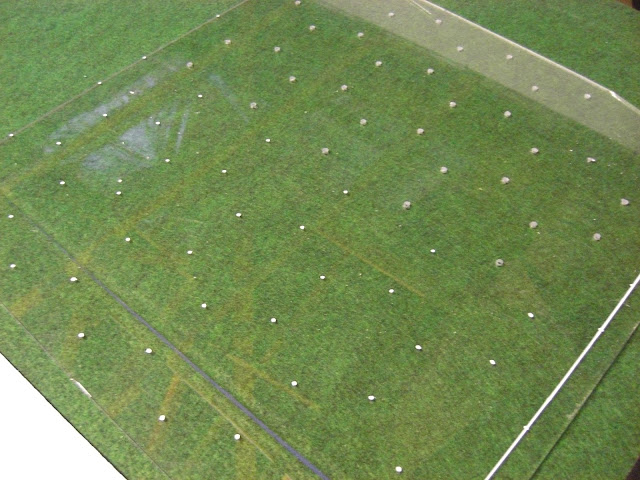 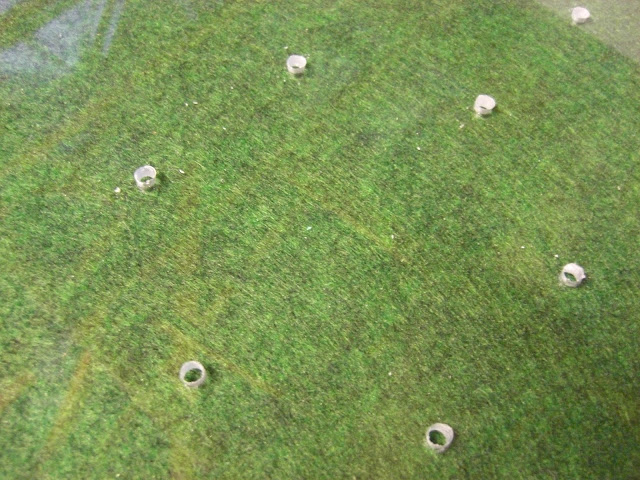 Using a Unipaint oil based pen marker a dot is marked through the drilled holes onto the matt (in this case a £4.99 fake grass matt from Lidl). 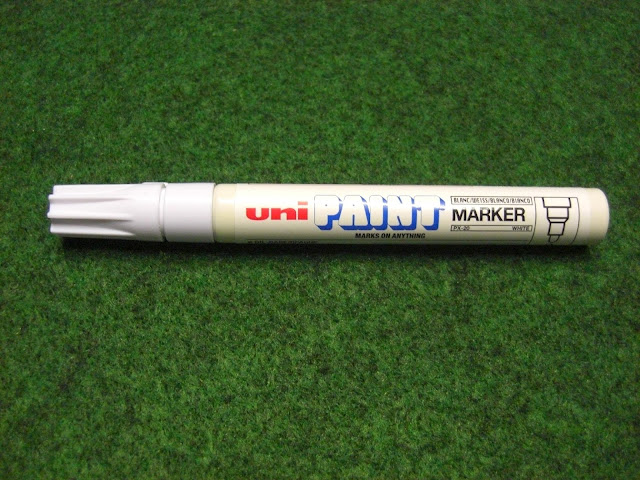 Join up all the points to form hexes. 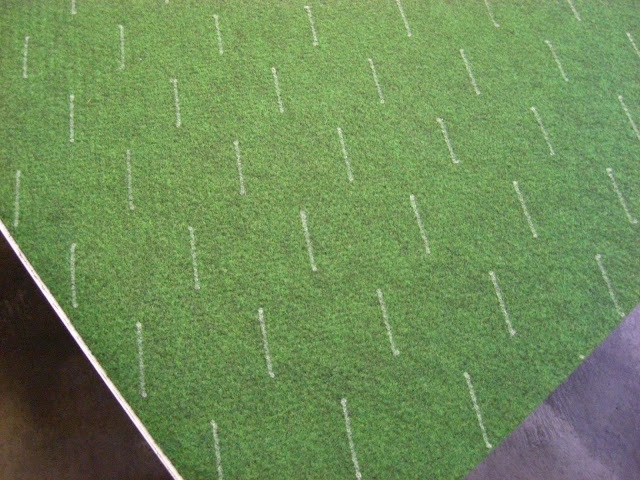 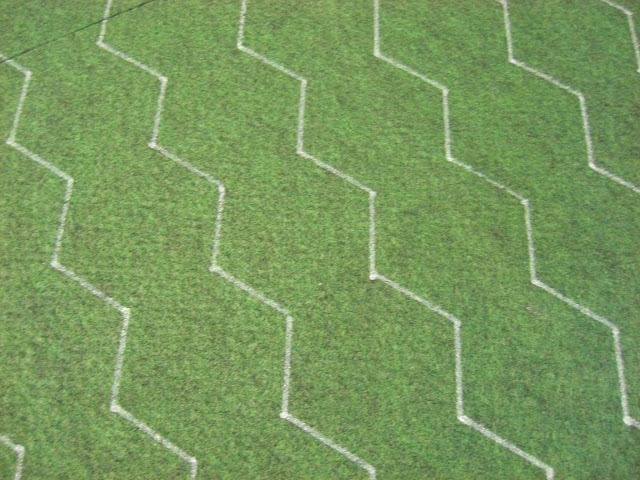 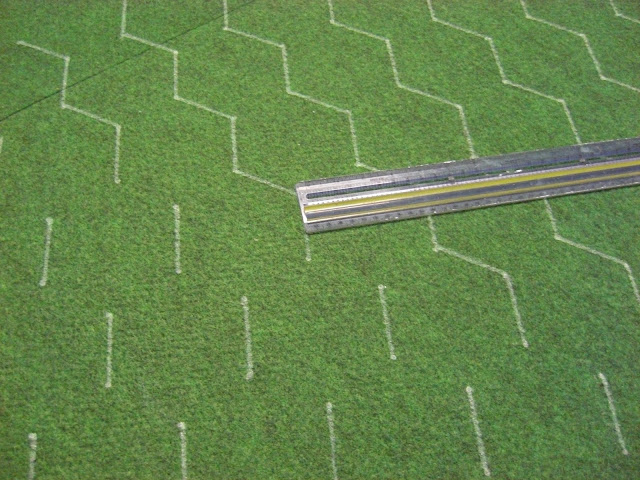 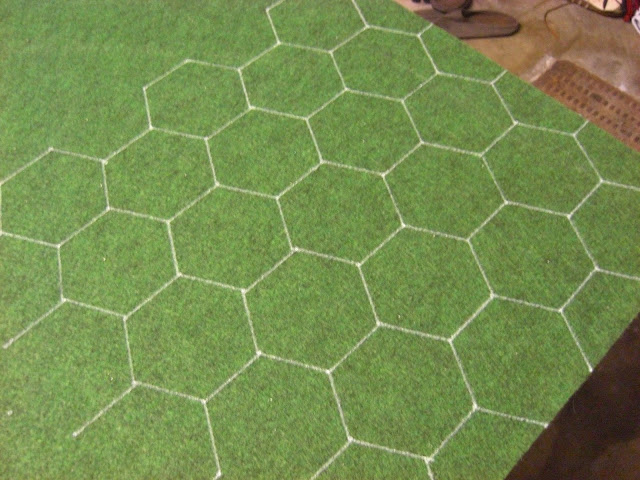 The table marked out. 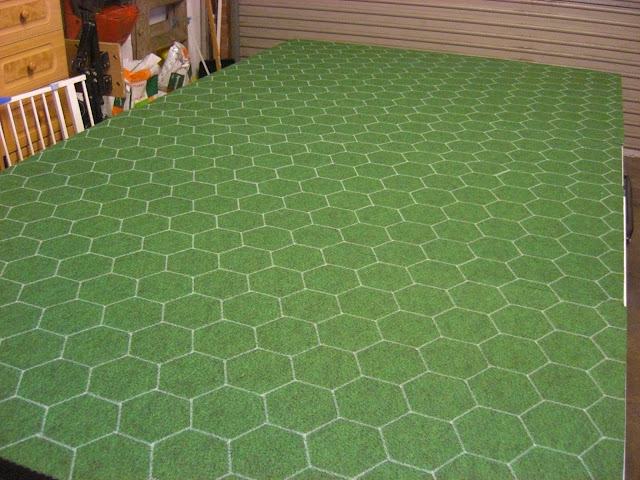 Spare matting sprayed with brown aerosol to differentiate it from the base material was then marked up and cut into various sized hexes which would slot together to form hills.
terrain and figures added to give an idea of how it will look: 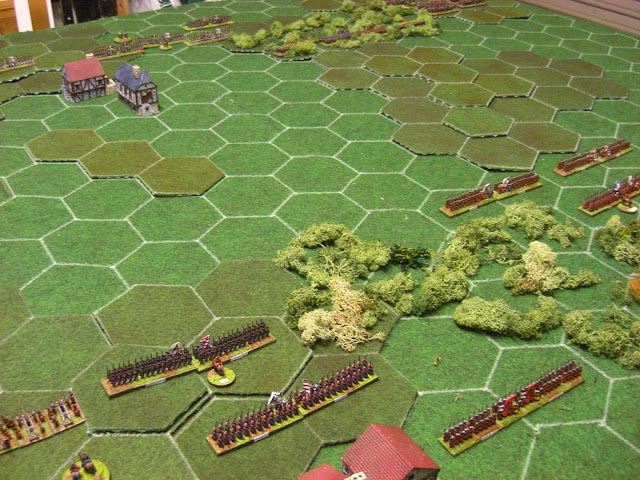 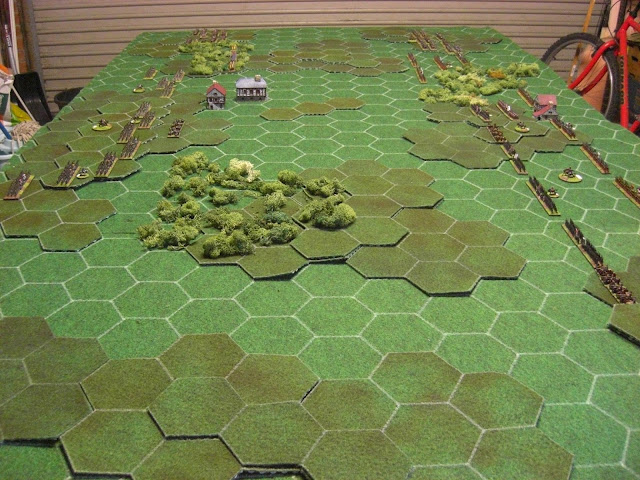 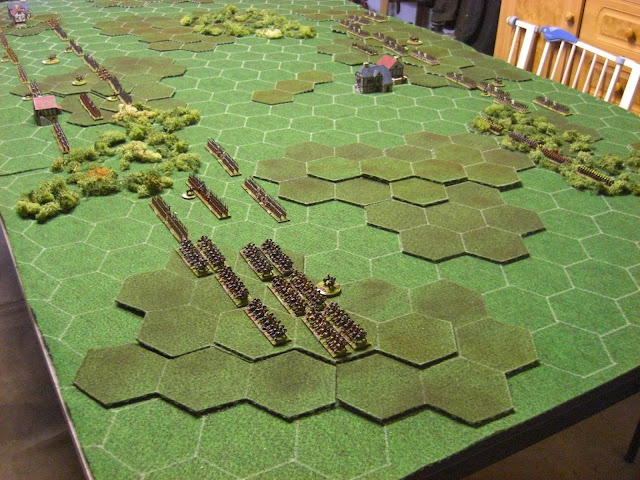 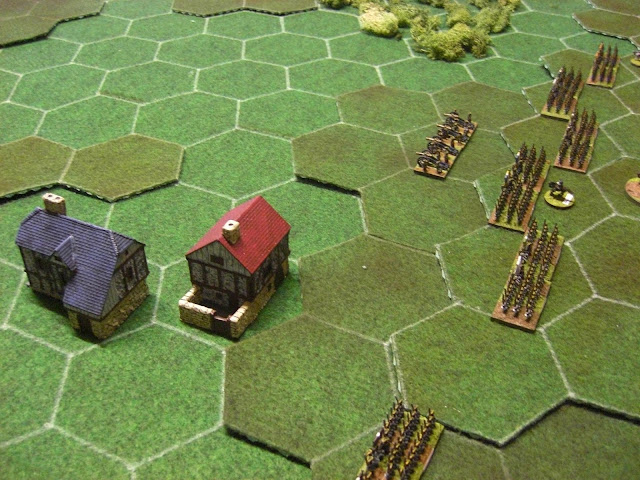 In time I think I will replace the matt hills with thin MDF and the lichen woods with something more permanent. Roads and rivers, don't know yet but I may go with fine coloured sawdust which can be sucked up with a clean car vacuum and reused. Other than that, buy the flexible rubber roads/rivers and cut them to the hex sizes.
Maybe the white hex markers could do with toning down, I might go over them with a green marker, test it on a small piece first though! By the way, don't underestimate how much work this involves, it does take time.
The pics show 10mm Marlbrarian figures.
Next I think I'll put up pictures of the re based Greek and Macedonian ancients, all put onto Impetus bases.
Dave.
Posted by Dave Huntley (sheepman) at 07:28 5 comments: