A fictitious battle fought about eight months ago at the Border Reivers club, John Ridley (who took the photo's) has just sent me a disk with the pictures on so I thought I'd put them straight on.
It was set in lower Germany in 1795 with the French having to both defend the river crossing and capture the town near the center of the table (and having to prioritize their forces accordingly), and the Austro/Prussians/Brits having to defend the town and capture the bridge.

The town in the center of the field: 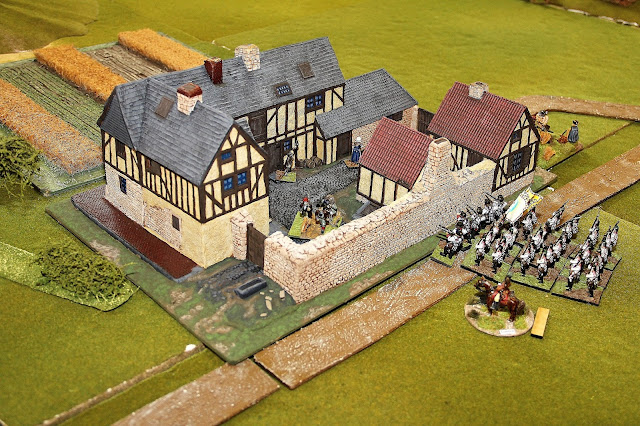 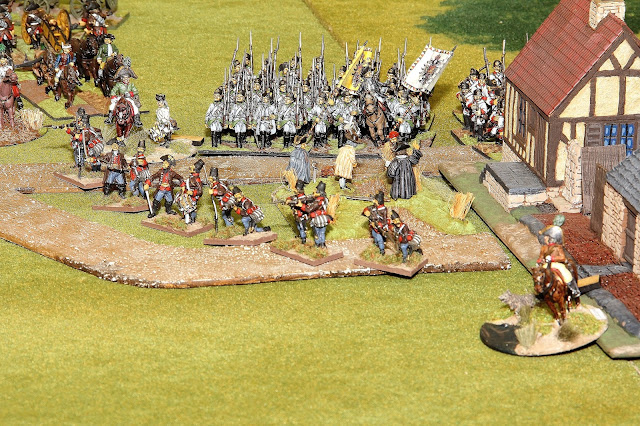 The French in turn move to cover the East side of the bridge facing the Austrians to their front: 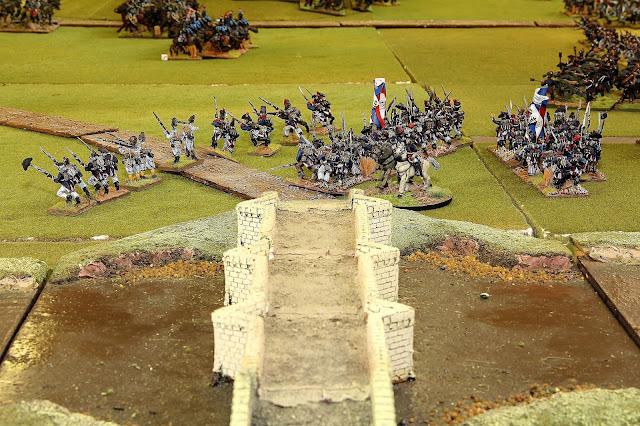 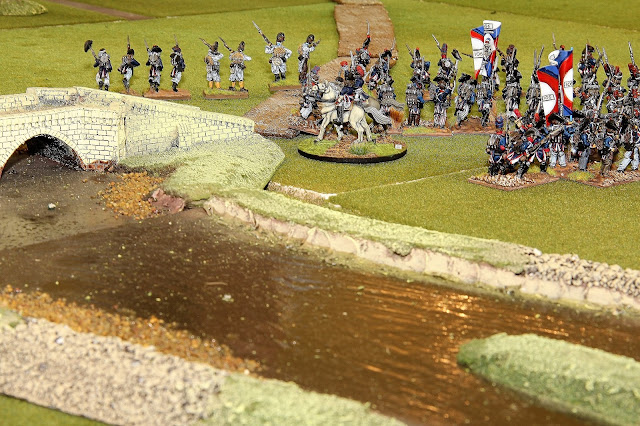 After occupying the town the Austrian center advances towards the dominating hill covering the center of the French position, skirmishing Grenzers to the fore:

However the French horse artillery and cavalry get there first: 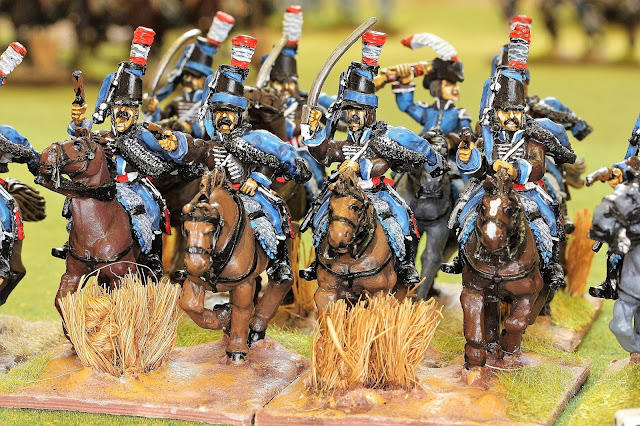 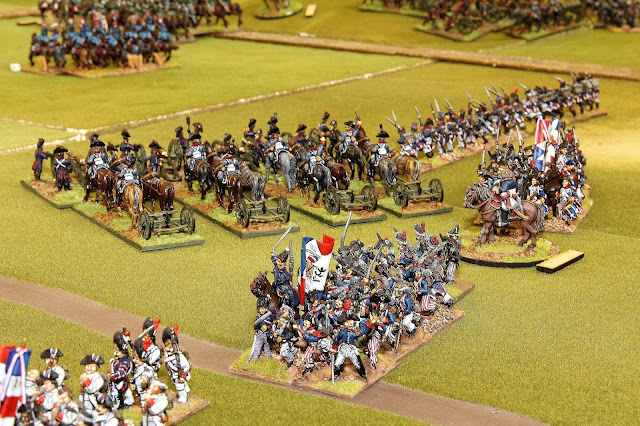 While the reserve foot artillery battery sits and awaits events:


Some close up pictures of the troops involved: 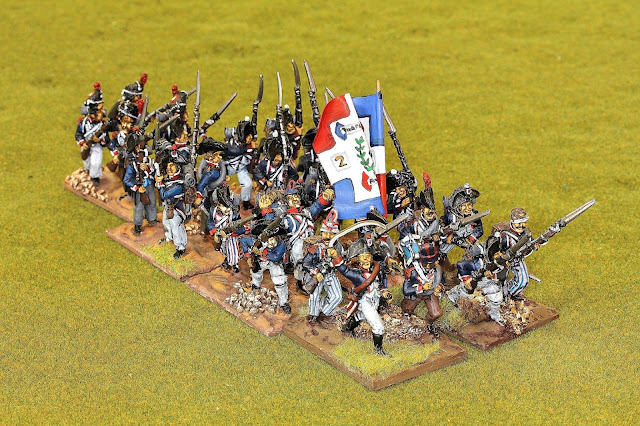 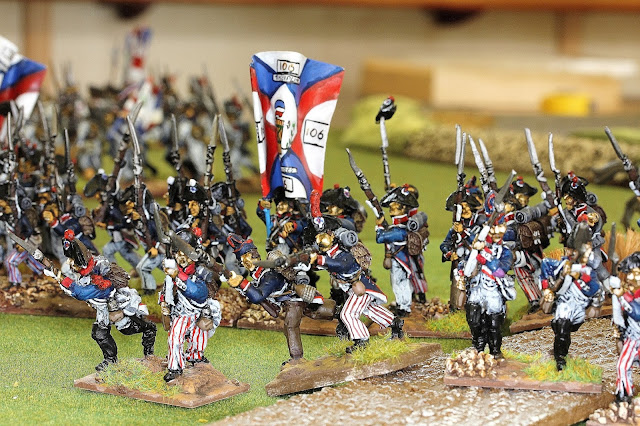 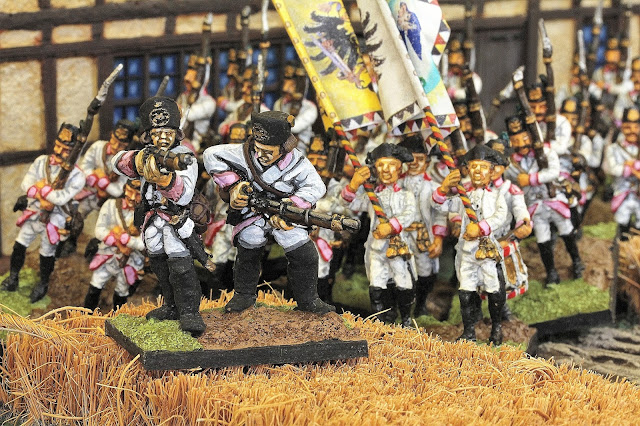 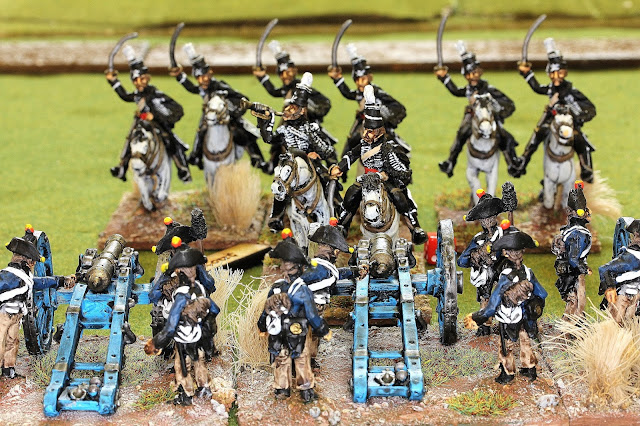 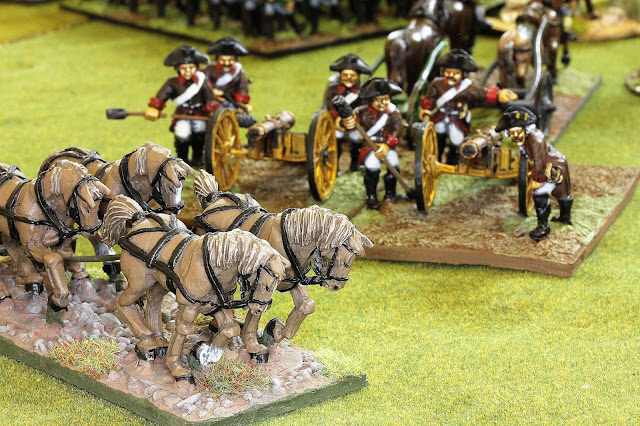 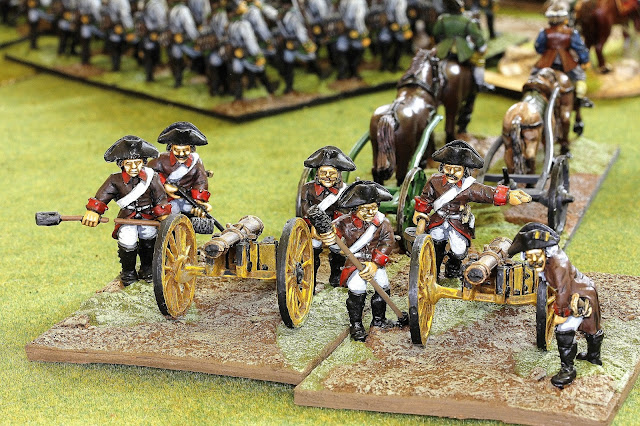 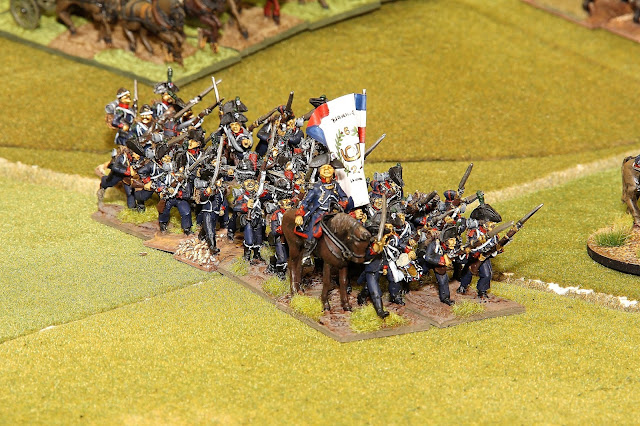 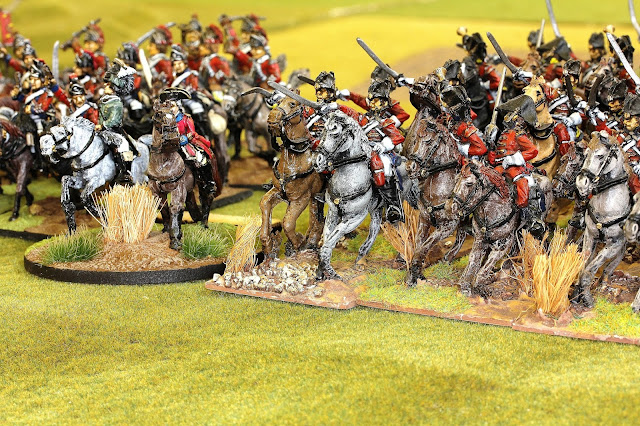 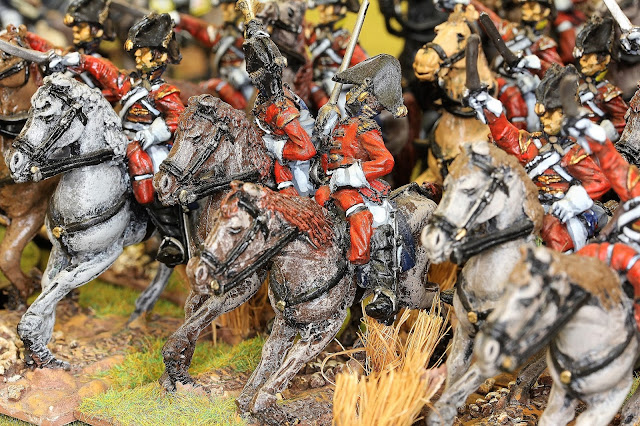 The Austro/everyone's eventually held the town but couldn't force the French off the hill. A good game, fun for all.
Next up should be the re-based Franco Prussian War 15mm stuff, but still a little way to go with them.
Speak to you guys soon.
Dave.