10mm English and French War of the Spanish Succession

Maybe just a couple of pics tonight, I'm full of enthusiasm for this blog, but like diarys one always starts with the best intentions! I intend to post about once every couple of weeks, but initially I'll get a few pictures of my 10mm WSS stuff them 10mm Cesarian Roman. After that who knows there is plenty to go at. Believe me after 29 years of painting and collecting there's a fair bit of lead about!
Anyhow here's a few pics of English for the Blenheim scenario:
Front to back: 2 Squadrons of Lumley's, 2 of Schomberg. One stand per squadron. 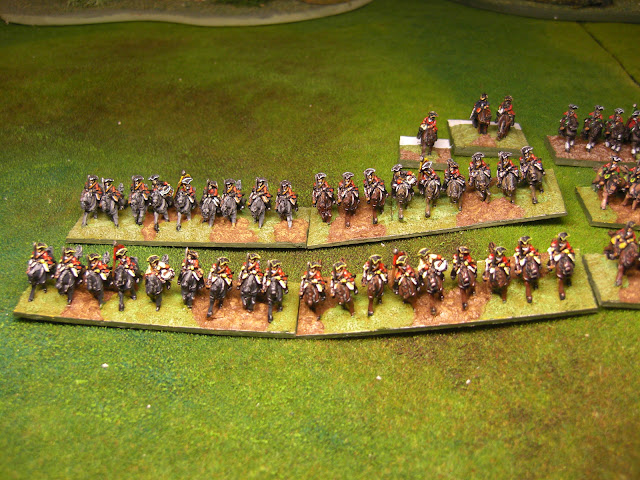 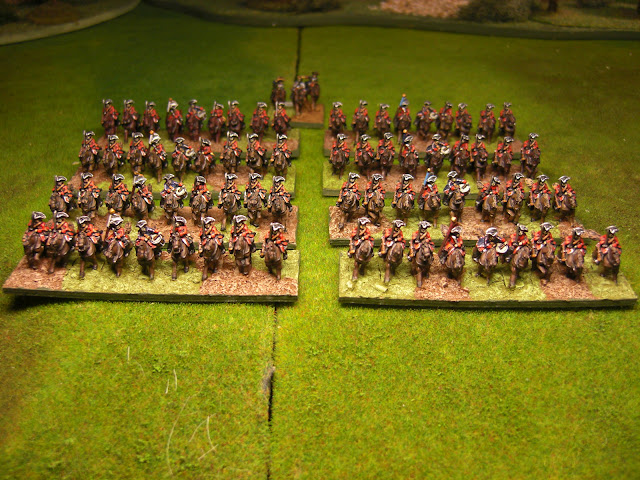 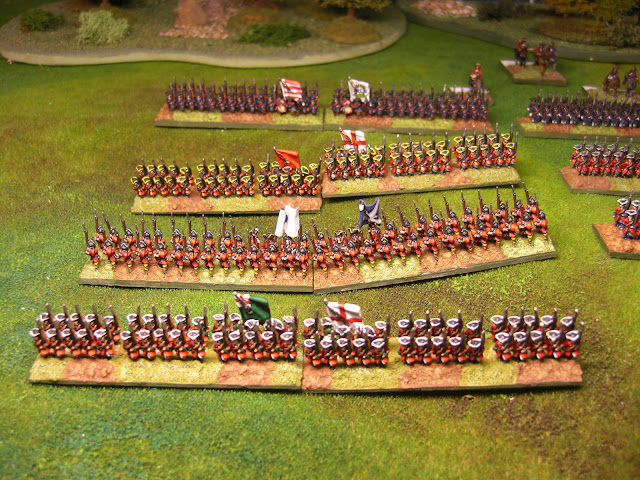 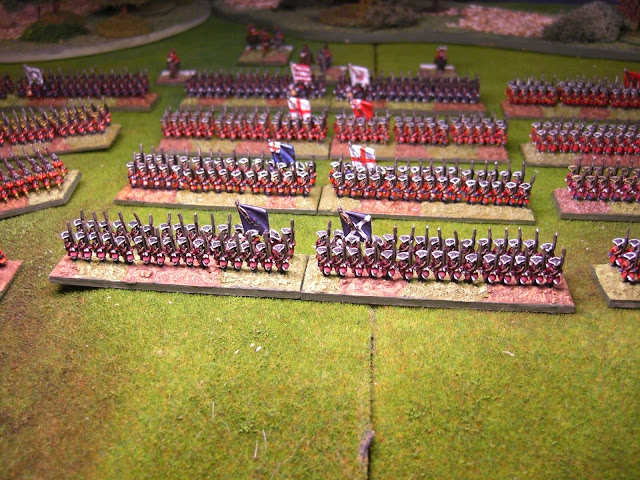 Front to back, Hamilton's, Orkney's 2nd, Derby's, and North & Gray. 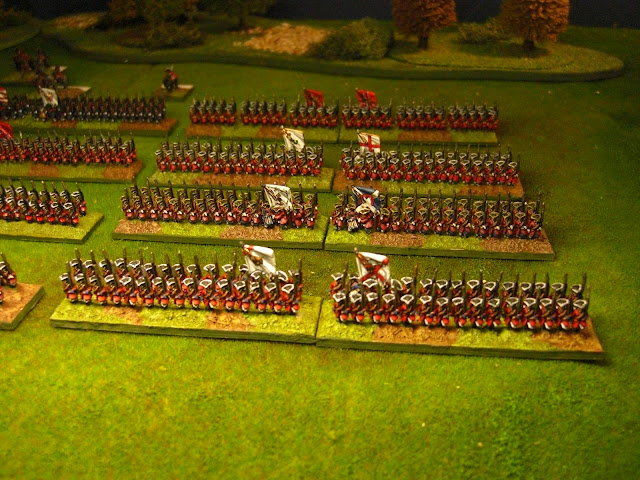 Finally some of Blood's artillery: 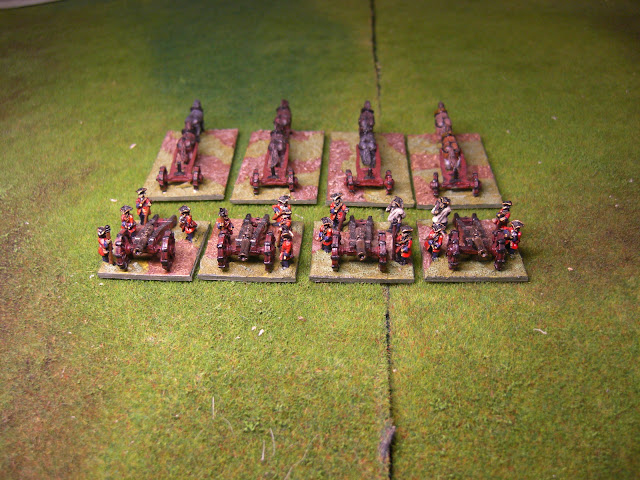 The vast majority are Old Glory, pics arn't the best as they were taken a while ago but they will do. I'll talk about the basing decisions when I have more time. Maybe get the French on tomorrow.
Off to the Border Reiver club now, I'm taking 1:2400 WW2 ships tonight so I'll put the life jacket on!
Posted by Dave Huntley (sheepman) at 10:08 No comments:

More 10mm WSS figures, in this case French dismounted dragoons from the French right flank at Blenheim. They were positioned between the village and the river Danube and had lost their horses through disease.
These are all Pendraken dismounted British with their tricorns shaved off and 'Green Stuff' bags put on. Frankly a pain to do but as no-one does dismounted French dragoons in 10mm I had no option! Still there done now and the results seem fine.
So first off all four rgts together. Rear rank L to R, La Reine, Mestre de Camp General. Front rank L to R, Vasse's, Rohan Chabot: 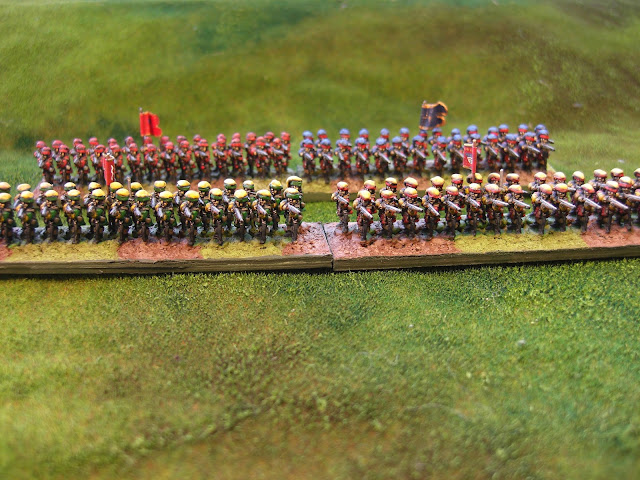 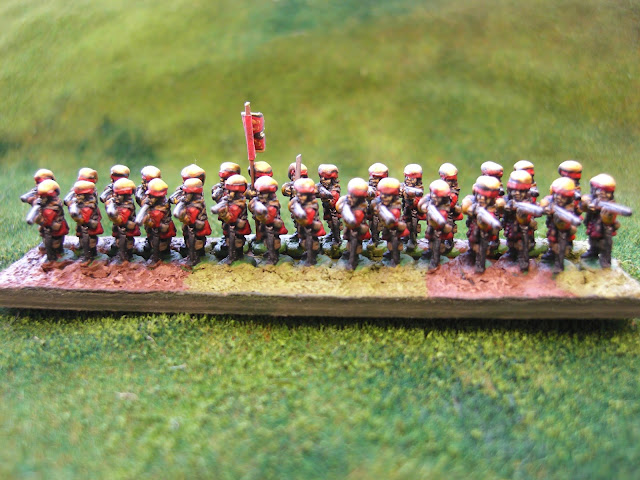 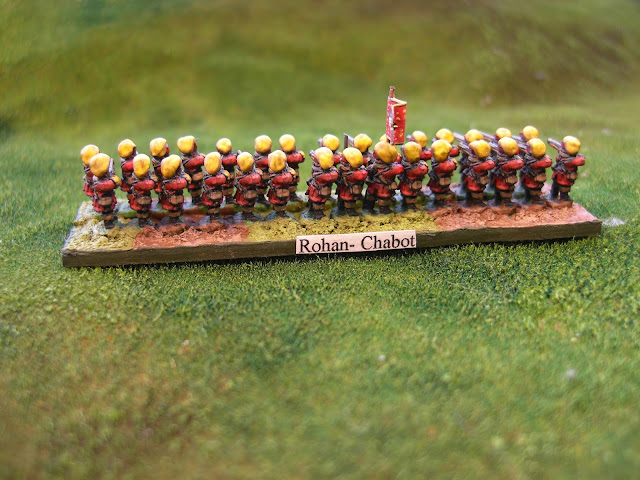 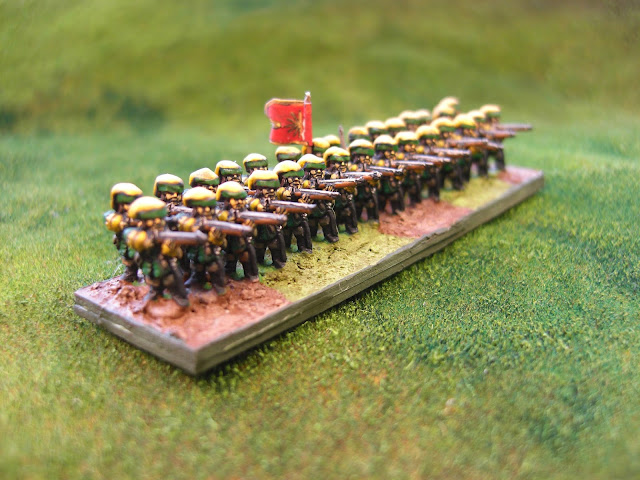 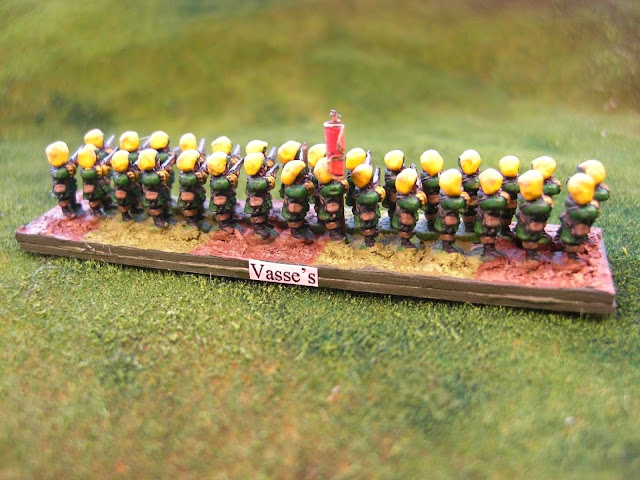 I'll give the reasons for the basing in a future post where I will show the rest of Cutt's assault column and the French defenders. Suffice to say that these will do fine for the Blackpowder set of rules that the lads are using at our Boarder Reivers Club.
I think that will do for tonight.
Cheers, Dave.
Posted by Dave Huntley (sheepman) at 13:32 1 comment:

First post, ever, on any blog, anywhere, so I'll try to put some pictures up and see how it goes.
I got quite a bit done figure painting wise this weekend. Progress with the 10mm WSS Blenheim project is going quite well (only working at it for two years so far!).
Hessen Kassel first, the whole brigade: 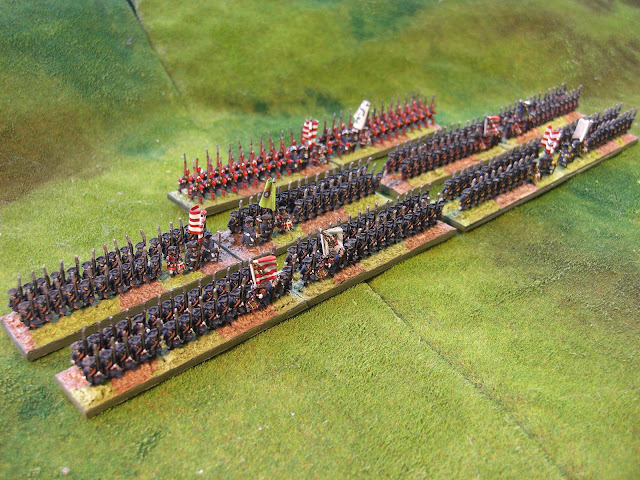 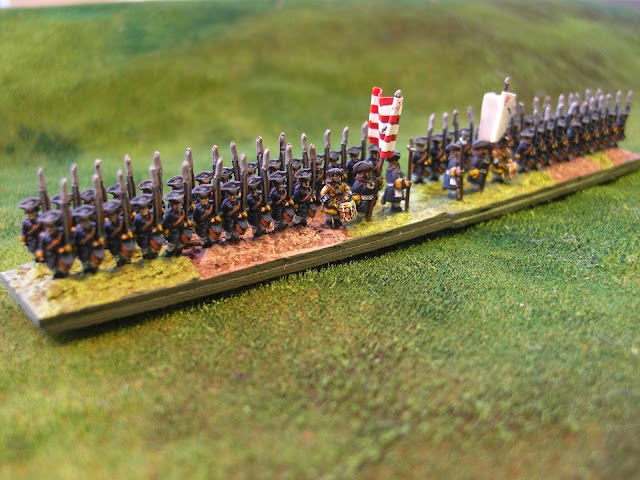 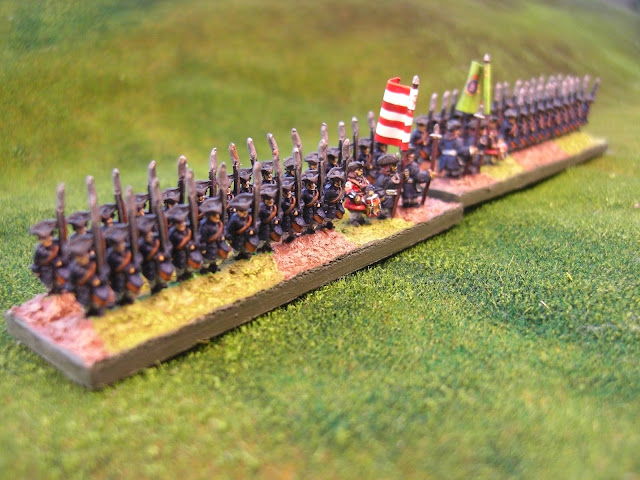 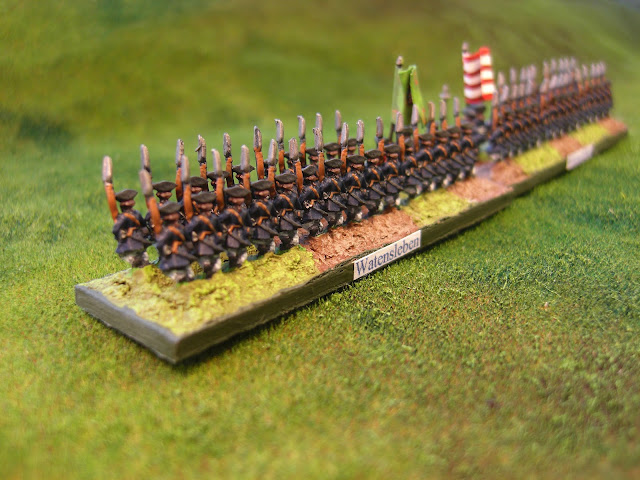 Most of the figures are Old Glory 10mm other than the command which are Pendraken. Both are great ranges though I do find the Old Glory slightly easier to paint as they are cast in strips so that you don't have to paint right round each figure if you don't want to.
I will put more of the WSS 10mm stuff on the next time, I'm just starting to get the hang of this now!
Getting late, work tomorrow, goodnight ladies and gents.
Dave
Posted by Dave Huntley (sheepman) at 15:33 5 comments: