I said I never would, but I did!

Yep, never again would I stick those bloody Vitrix sods together. That's what I said and for quite a long time I stuck to it, but to be honest I'm a tight git and getting a battery of British foot artillery on the cheap seemed to good a chance to resist.
I get the box opened and then remember why I have avoided it for this many years, talk about overkill, at one point I thought that I would find separate eyebrows for the buggers, Vitrix 'there's fousands of em', parts that is!
Never mind, onwards and upwards, the three gun battery is done and added to the British Peninsula force started years ago, they needed the support and they've got it - no excuses now lads. 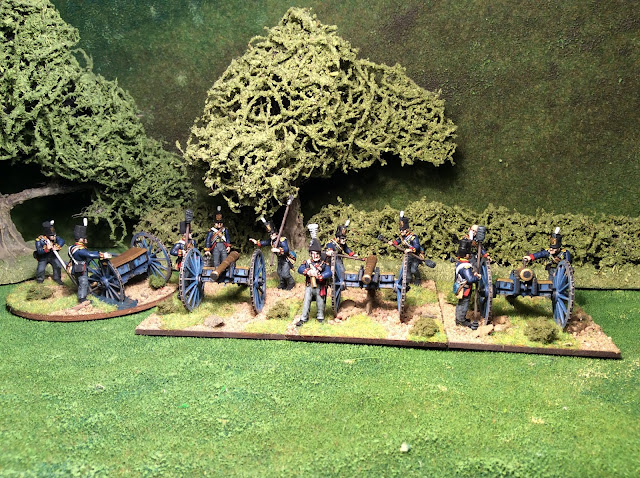 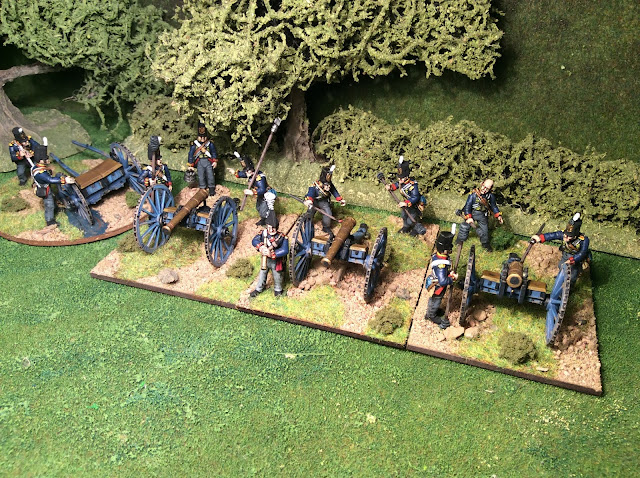 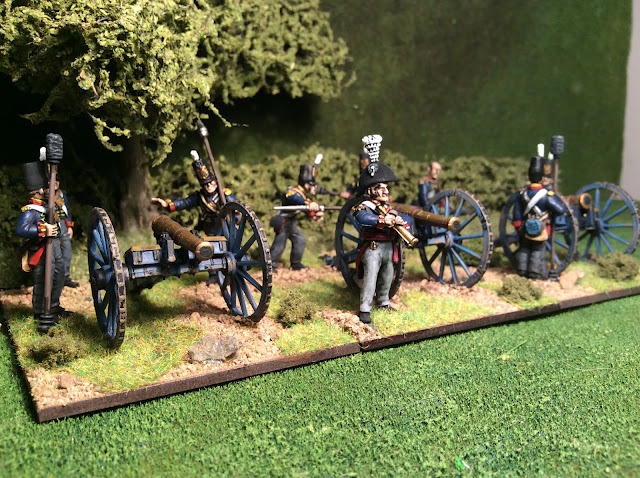 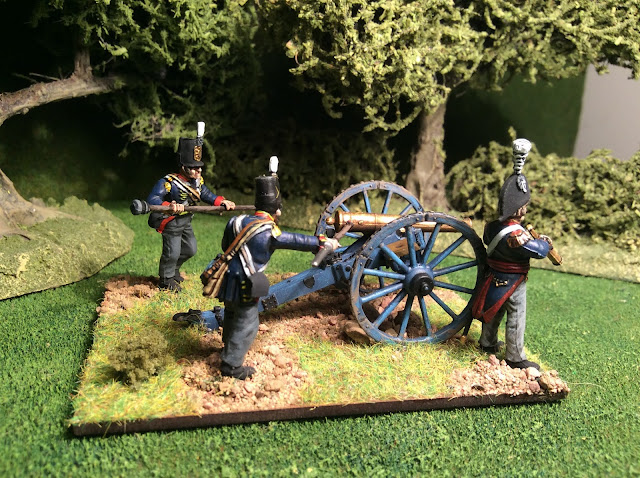 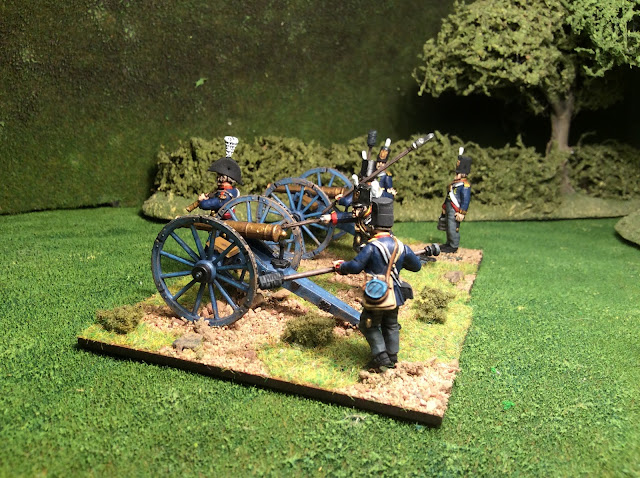 I thought I'd use one of the spare limber carriages to construct a small vignette - so: 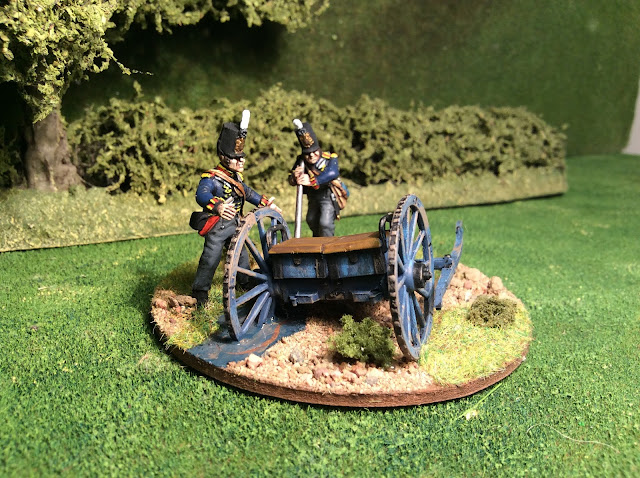 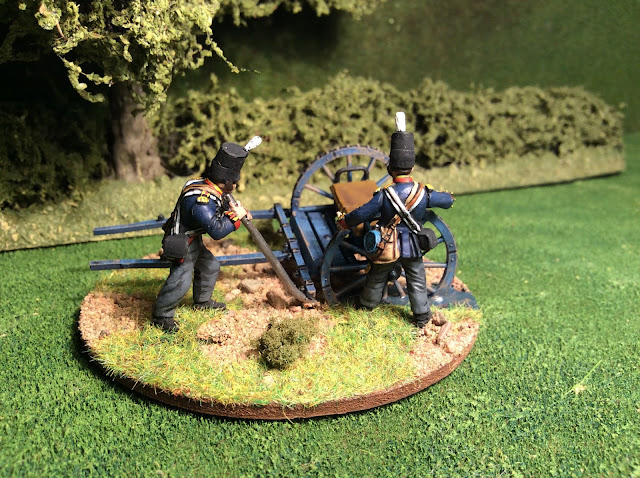 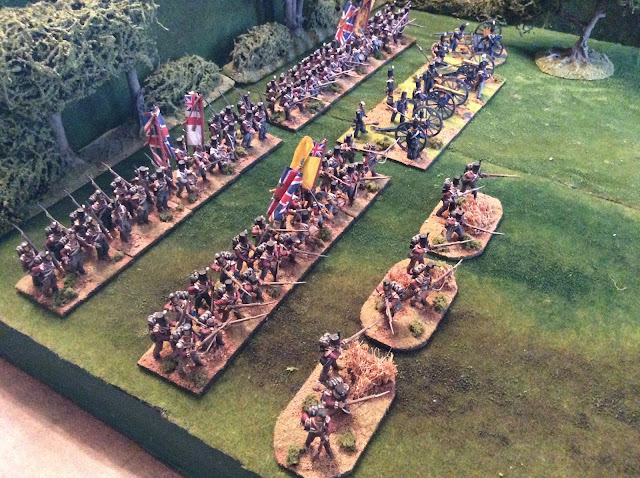 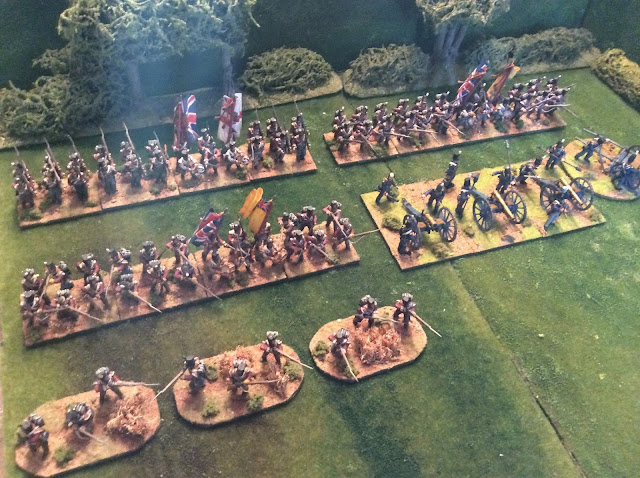 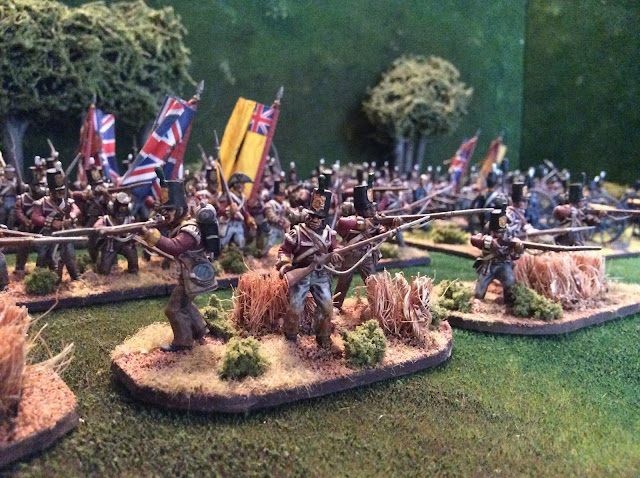 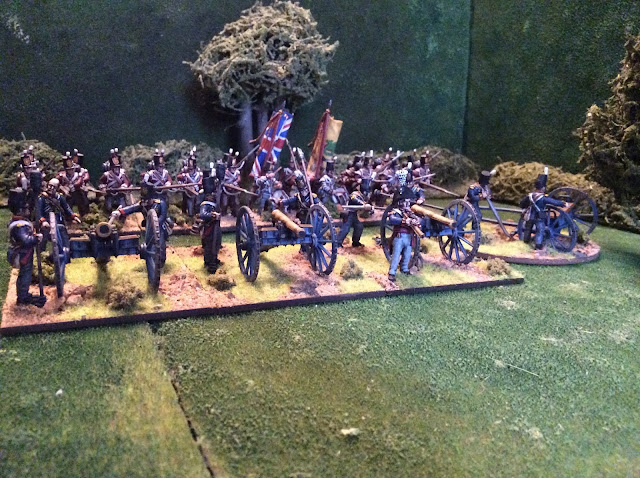 No more though!!
Dave.