Another battalion of 28mm Austrian foot (Elite) painted up for the French Rev stuff. As mentioned previously 48 figures take a bit of getting through, but their done so I thought I'd get the pics on the blog. You can see that I took photographs of both battalions (though one was painted last year) just to prove that I didn't just re-photograph one battalion twice! as they have the same facings! 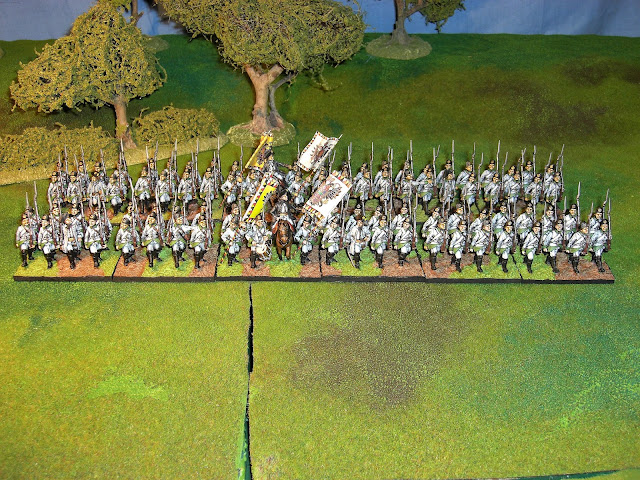 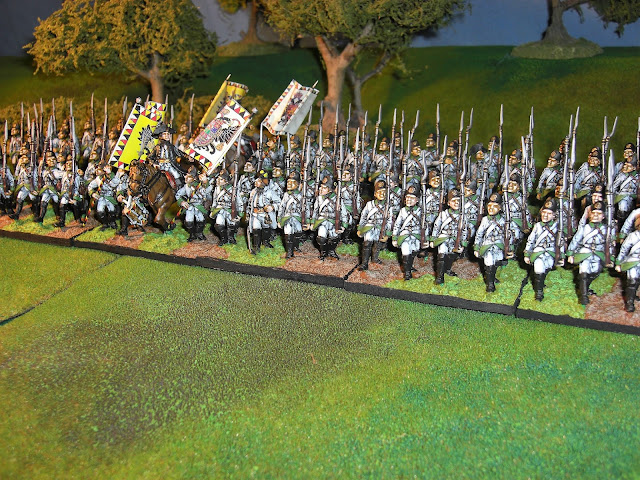 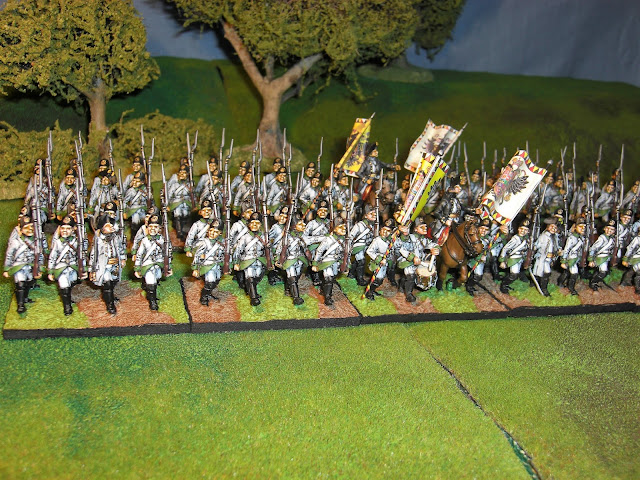 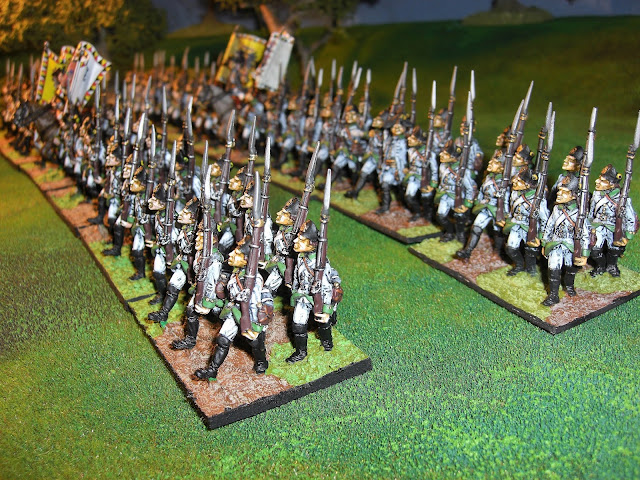 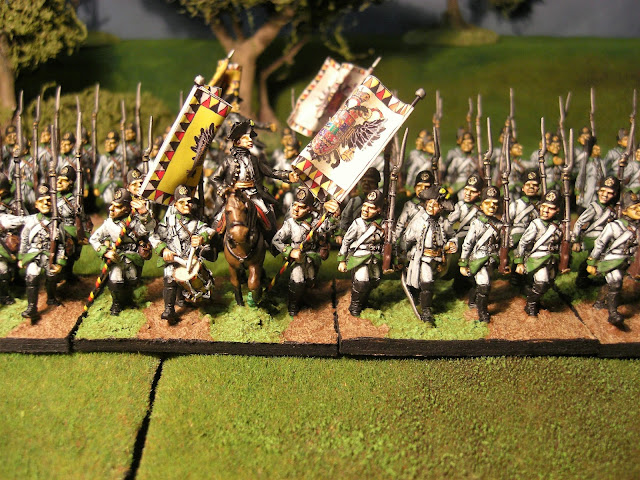 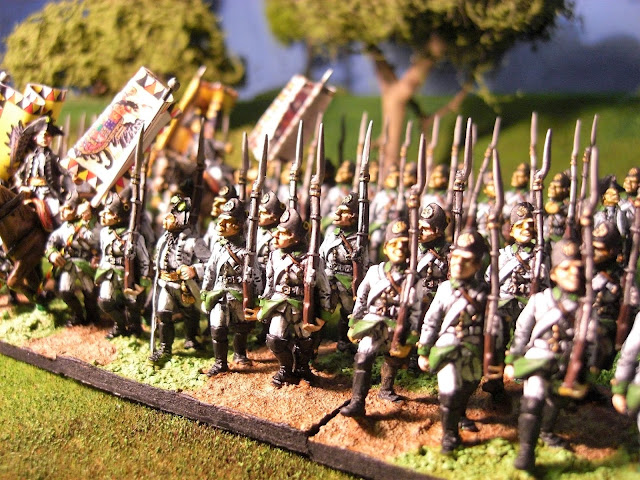 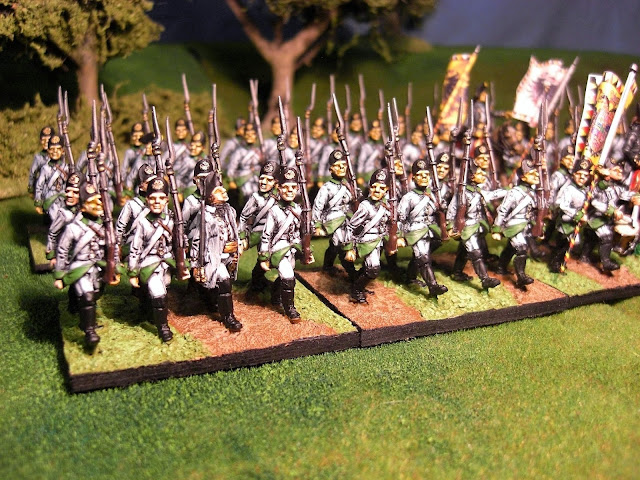 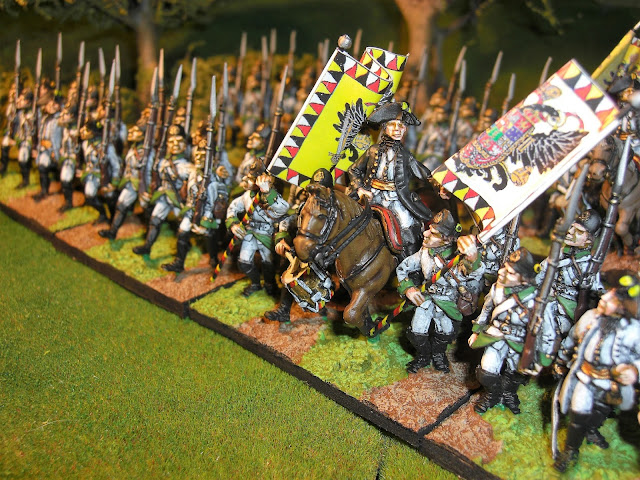 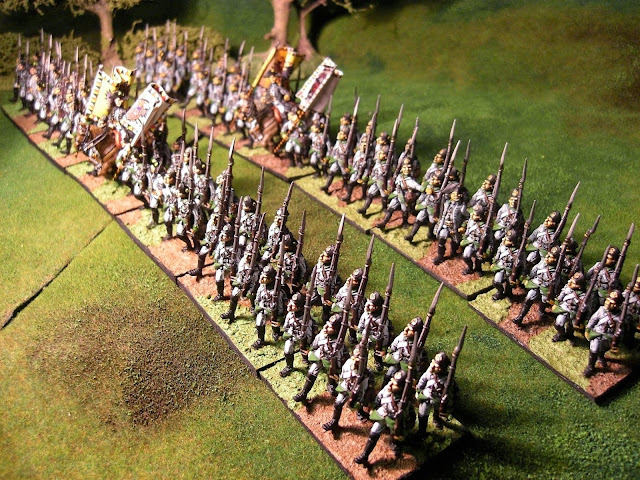 This battalion (along with the forthcoming Austrian foot artillery battery) should give them a reasonable force to deal with the French in battles to come.

The following are photographs of French horse artillery 1794-5, the drivers of which I've done in uniform and not in civilian dress as seems to be the general conclusion in this discussion on TMP here .I am of the opinion that as an Elite formation with an excellent reputation throughout these wars that these troops (especially given the fact that they pushed forward to engage the enemy) would not have dared rely on civilian contractors to get them out of tight situations at the last minute. The figures are from the Old Glory 'Napoleon in Egypt' range with the drivers given head swaps to fit in.
Eureka have just released these figures here with civilian drivers so if anyone wants these then here they are. Beautiful sculpting but rather expensive as I've discussed here before (didn't stop me buying a cavalry rgt) but if it's what you want then go for it.
The figures shown here were painted about a year ago before Eureka released theirs but even though the Eureka castings are much better, I still think I'd go for the Old Glory just because of the cost. Oh for a lottery win!
Enough rambling, here are the pictures: 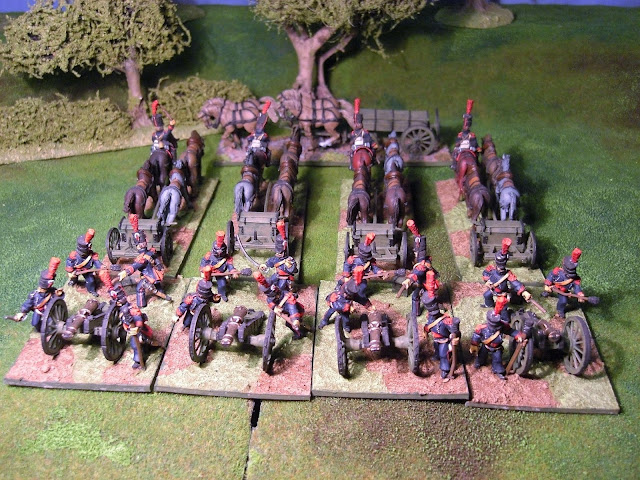 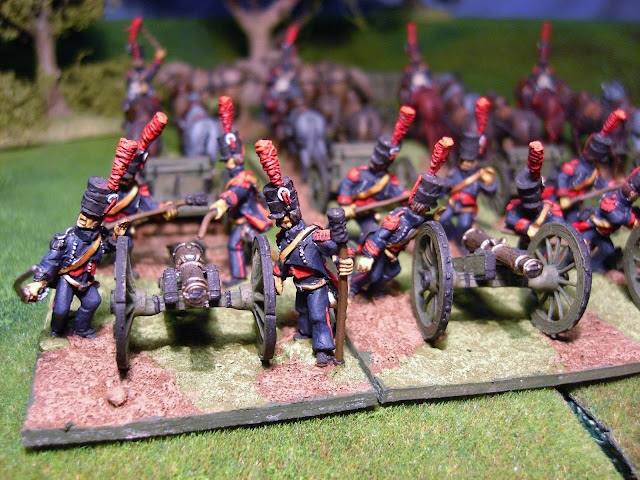 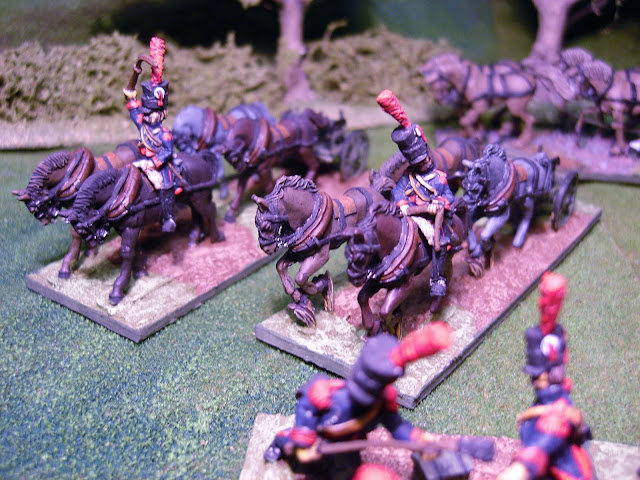 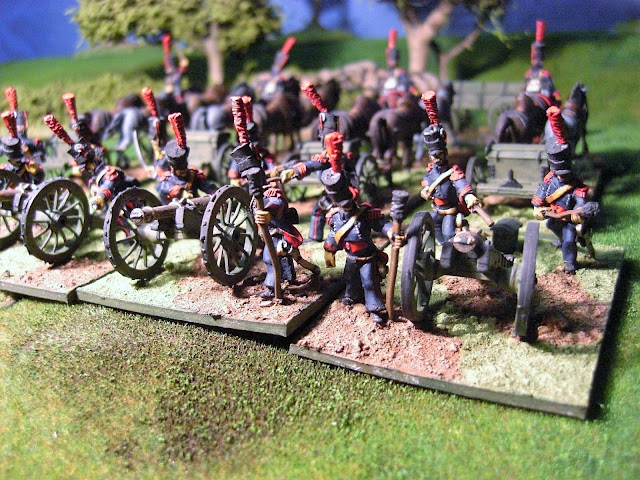 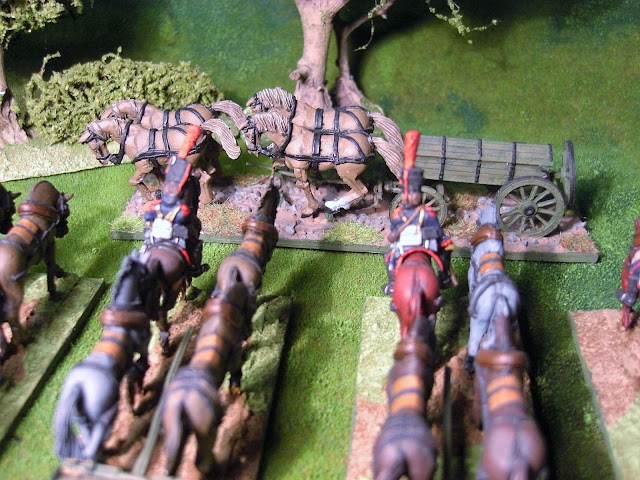