I think it's time to put something slightly different on this week. I've been interested in the French Revolutionary Wars for at least ten years and started this collection several years ago. The French are mainly Old Glory with bicorn chapeau, lovely figures, very animated and perfect for my idea of how revolutionary troops should appear. Look closely and you can see that the coat tails are slightly too long as they are really for 1805-07  but at the time I began the collection no-one else made figures for this period. The Austrians are Elite (again very nice figures though ugly little buggers) and Trent miniatures. I love the Eureka range, great design and a full and expanding range, just sooooo expensive.
For rules I use the General De Brigade set with slight changes to reflect the more limited manoeuvrability of the Austrians and the enthusiastic but brittle French.
The Figures and flags are for the army of the North in 1794-5. 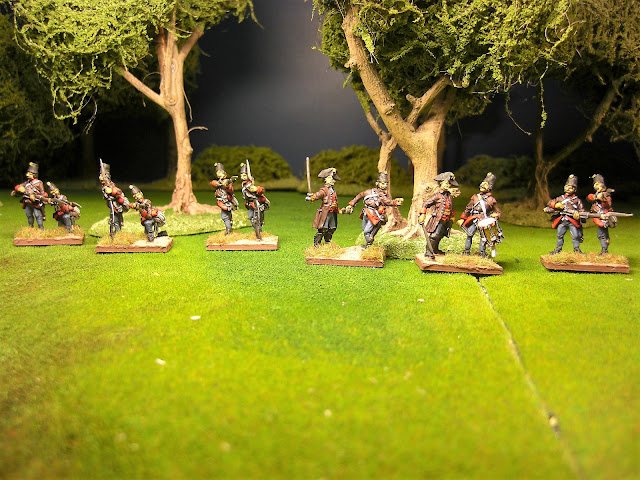 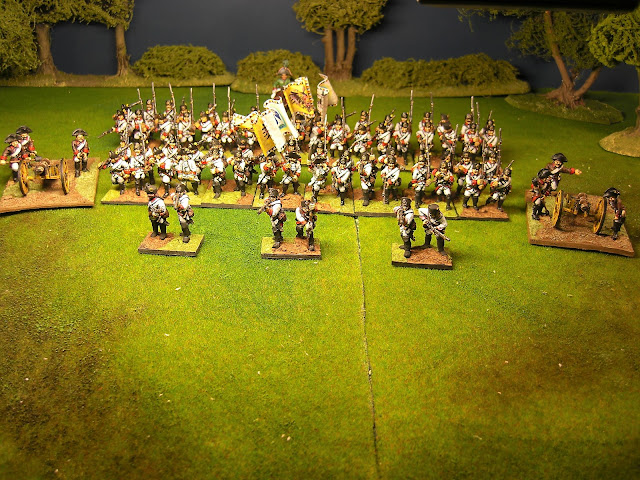 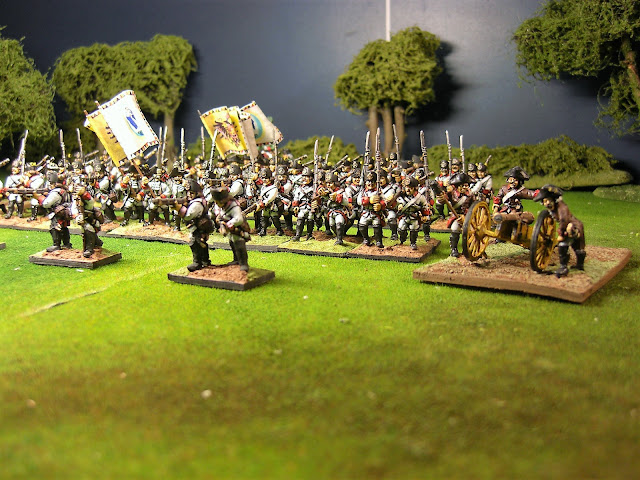 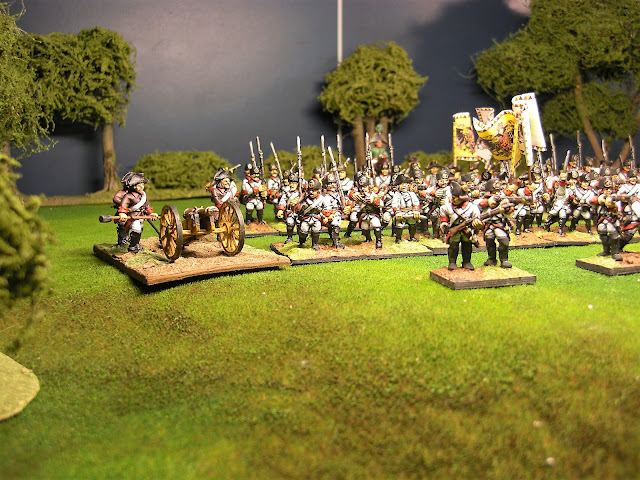 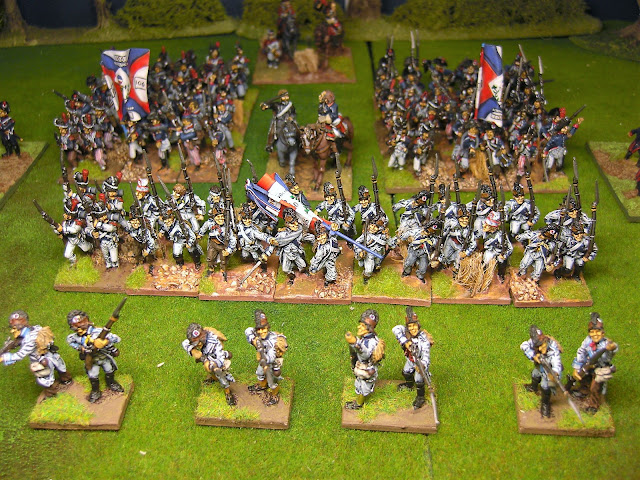 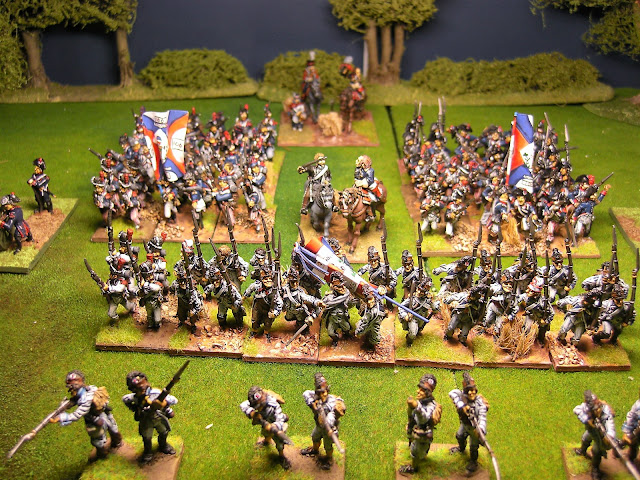 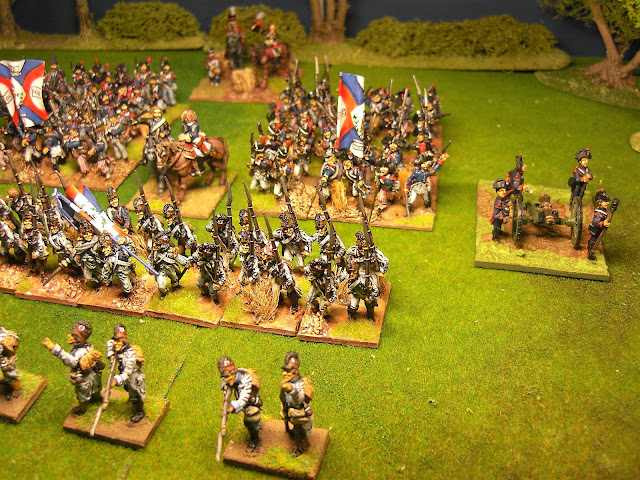 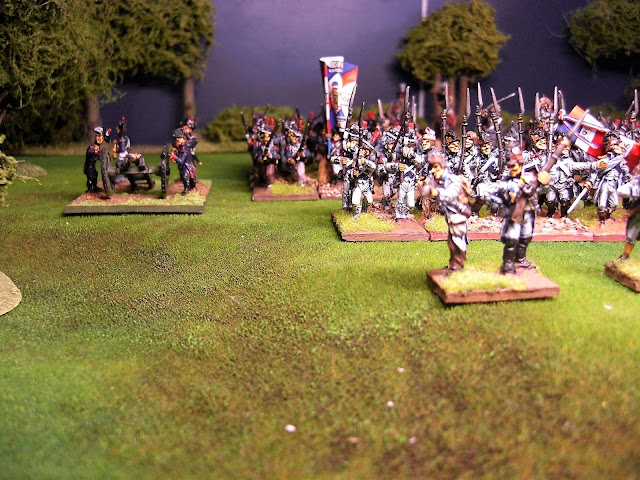 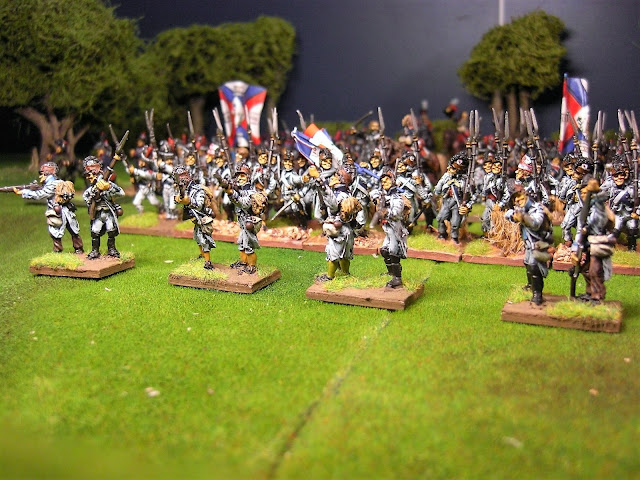 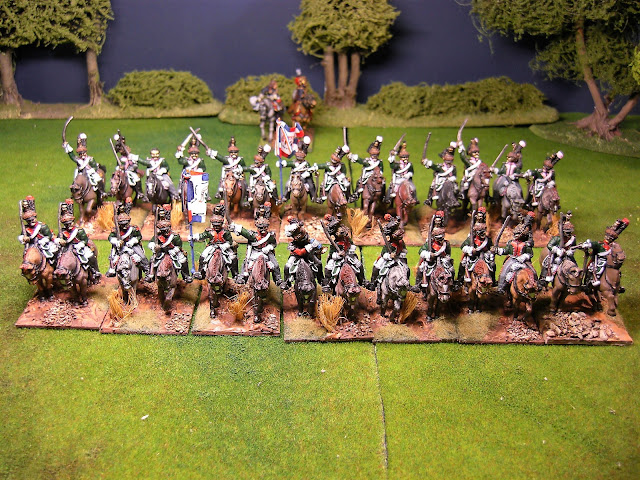 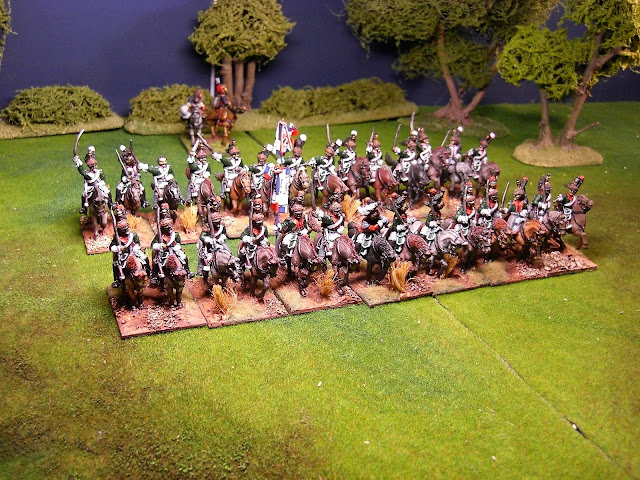 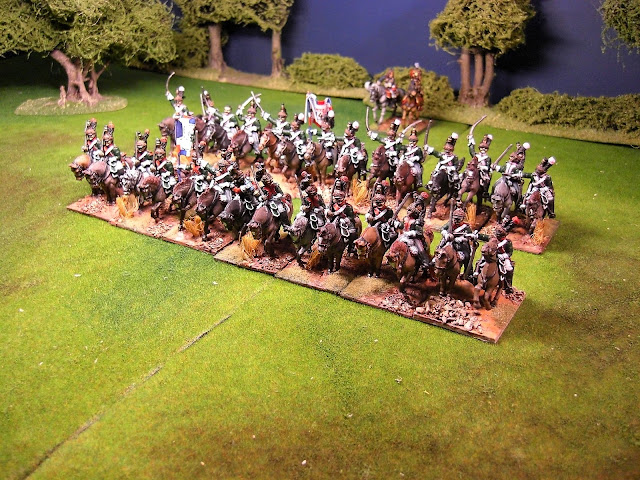 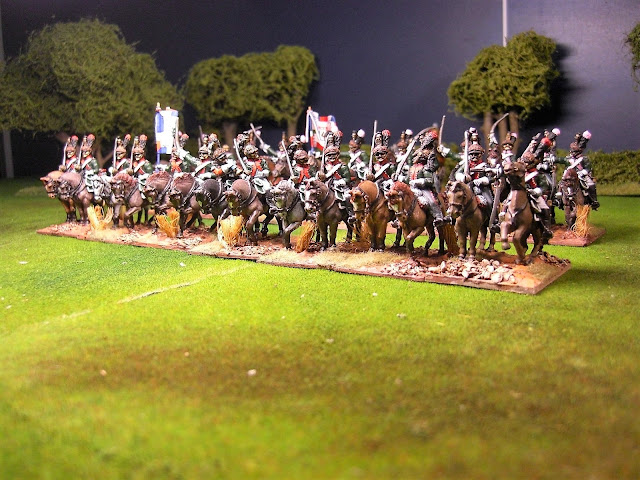 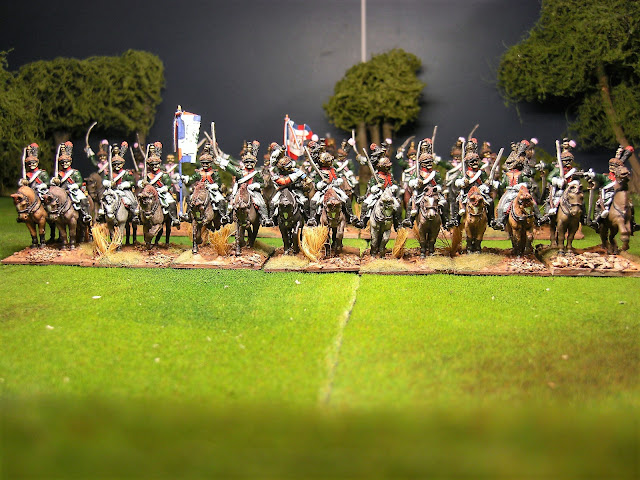 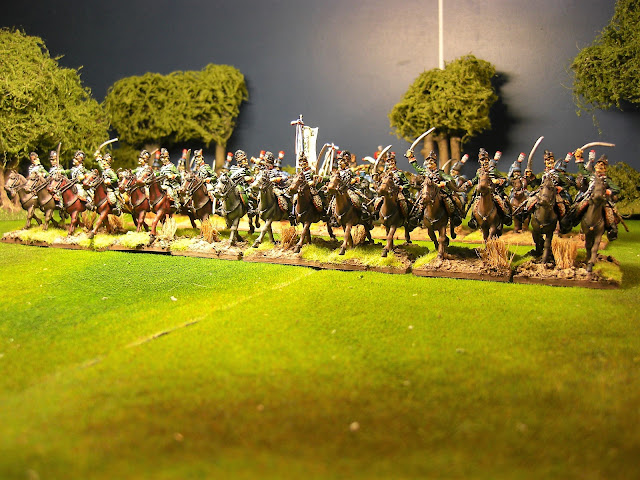 With Old Glory Hussars behind from their 'French in Egypt range'. 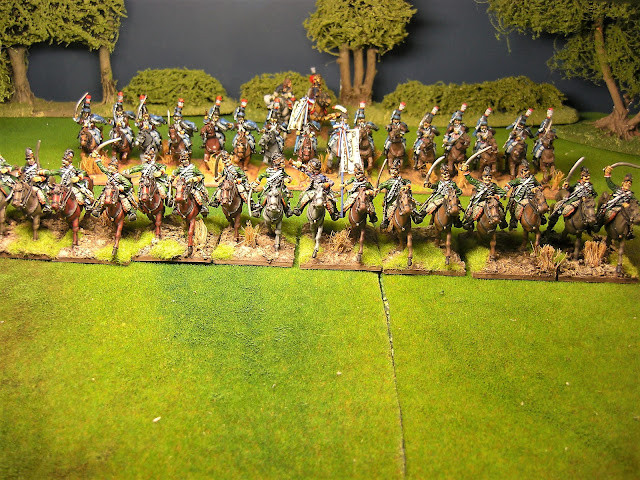 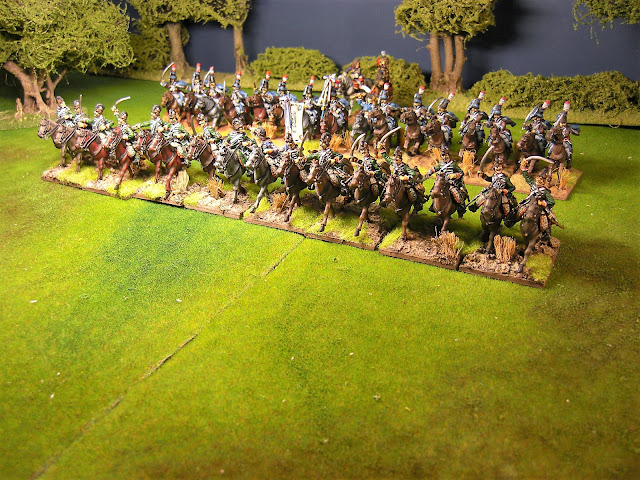 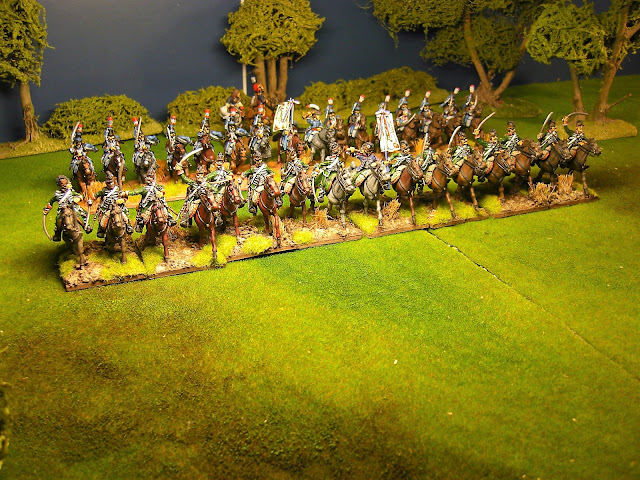 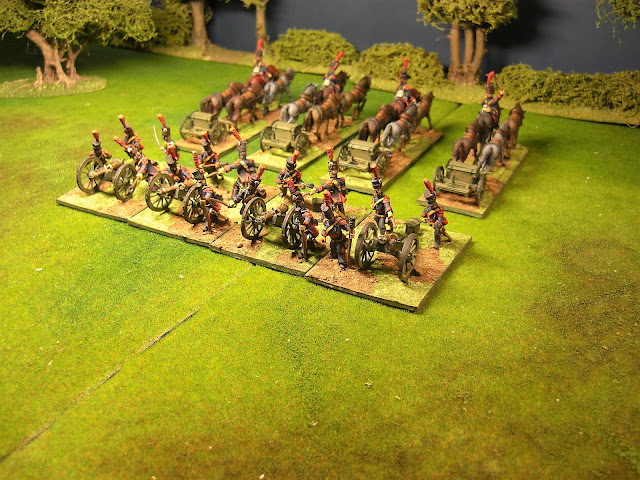 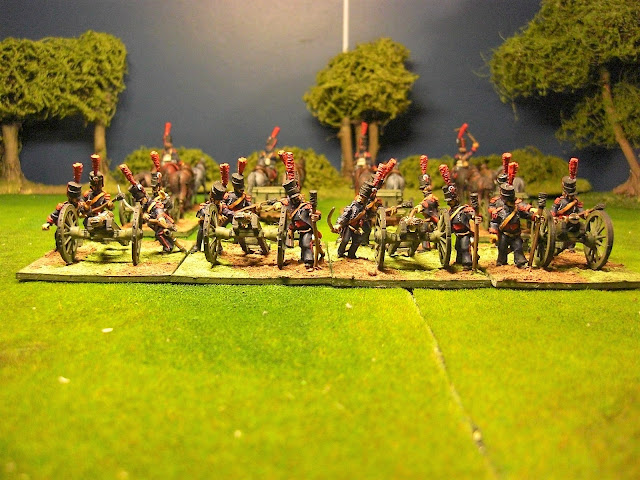 More figures to come next week.
Dave.
Posted by Dave Huntley (sheepman) at 03:06