The Battle of Croissant 1798

A fun Saturday came and went yesterday at the Border Rievers Wargames Society in sunny Northumberland playing out the battle of Croissant (Ha!) set around 1798 or thereabouts during the French Revolution.
The scenario, developed by Chris was for a mixed British/Vendean force having made a raid in force into Republican territory to escape off the beach taking the spoils with it. A certain percentage of the allied force must be picked up by the boats, taken to the ships anchored off shore while being covered by the rear guard on the beach which is being assaulted by an ever growing force of French Republican troops. The French reinforcement would depend on a die roll.
The troops were mainly mine but with health contributions by the aforesaid Chris and Tom. 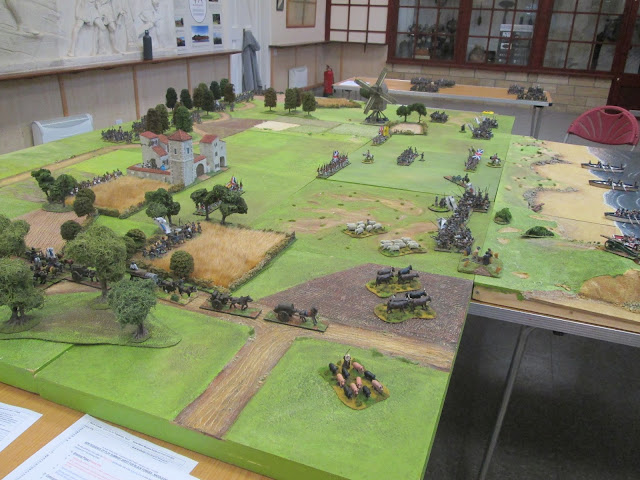 A general view of the battlefield, the beach can be seen on the right, the French will deploy on the left of the picture and the British/Vendean troops plus supplies on the hoof are on the table. 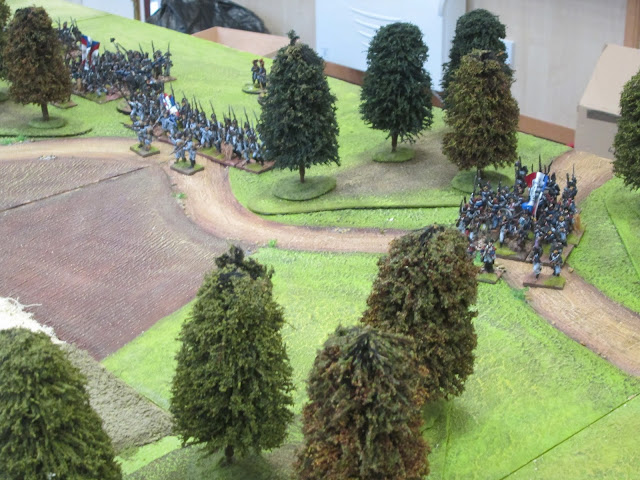 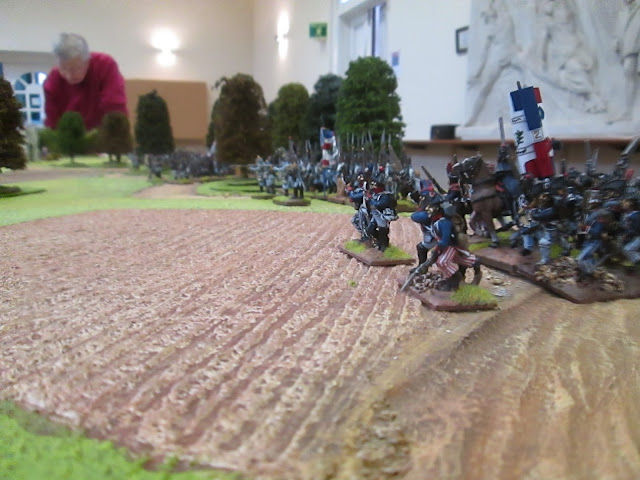 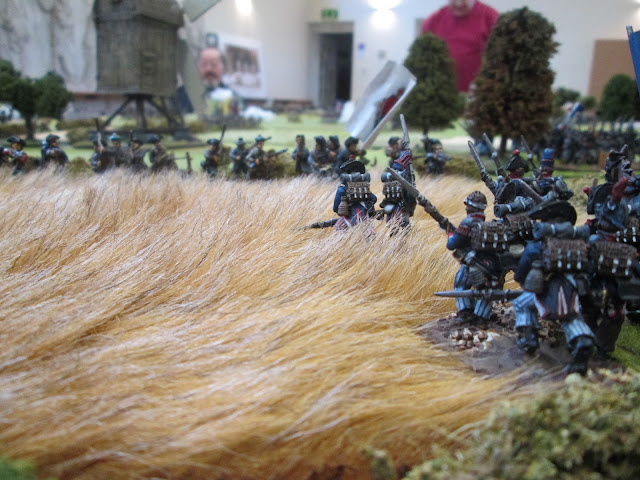 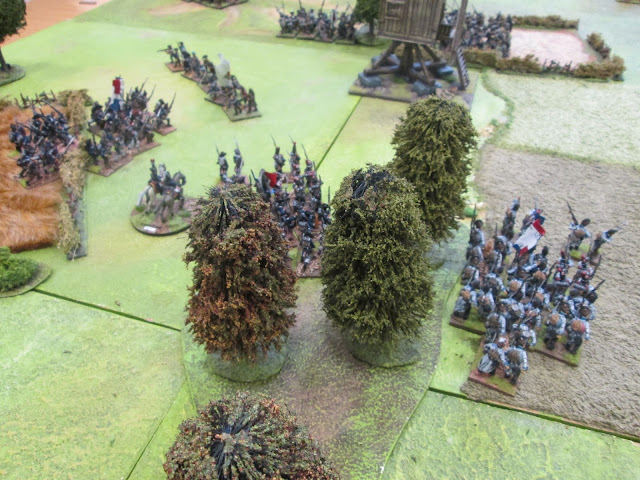 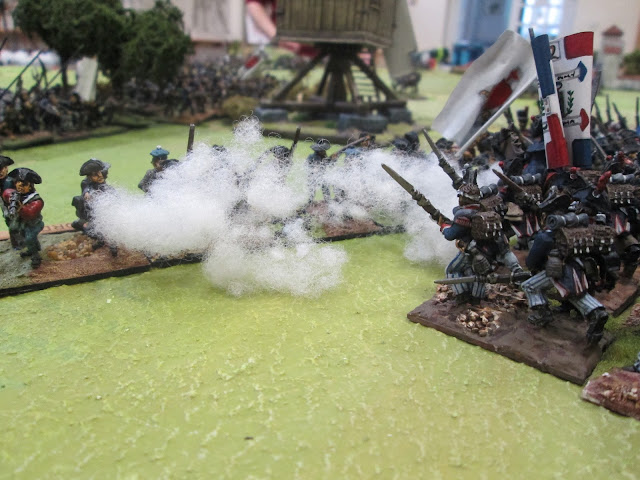 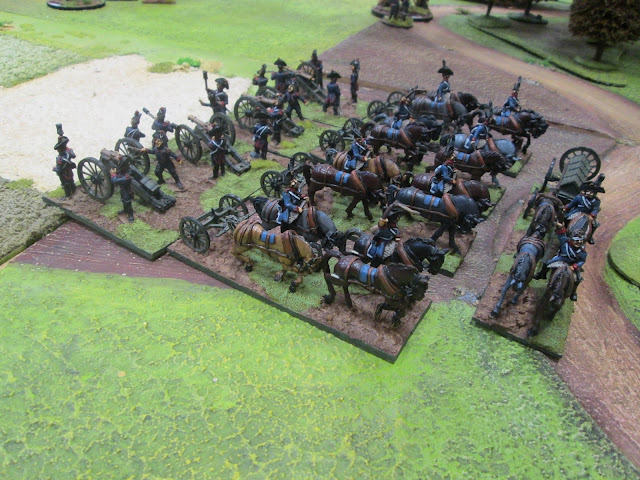 The allies eventually succeeded in getting the troops and supplies off their beachhead, we all concluded that though the French made some mistakes, charging the British centre unsupported and not getting the artillery on fast enough, that if doing a re-run that the french needed one more brigade of any arm on the field from the start and that a greater percentage of allied troops needed to be embarked for victory.
Never the less a great game and fun was had by all.
Dave.
Posted by Dave Huntley (sheepman) at 04:50 14 comments:

A run of the mill but necessary addition to the confederate forces for my campaign game with Mick. I was borrowing his figures to compleate my corps, now at least the cavalry brigade is done. Of courese as with all cavalry capable of fighting dismounted you have to paint mounted, figures on foot and the horse holders. Oh well, they came out ok. 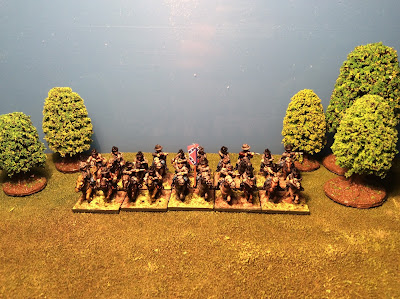 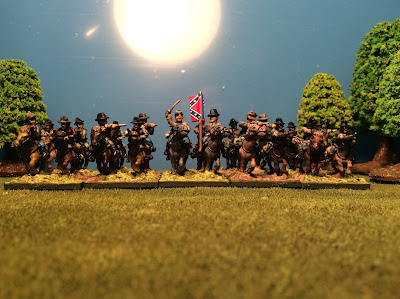 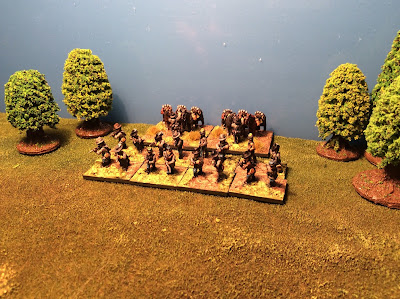 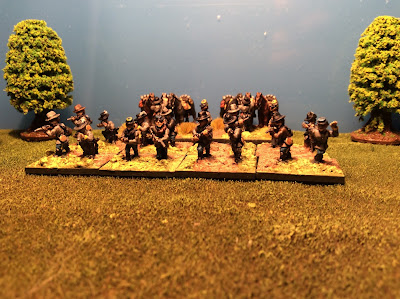 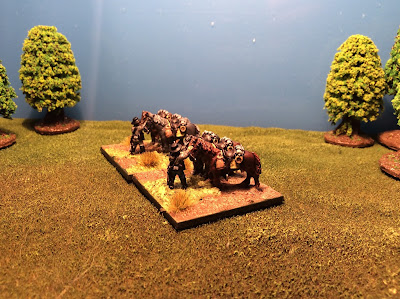 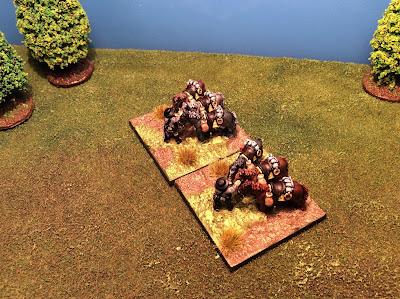 Union cavalry next though I do fancy adding some 15mm French Chasseurs to my napolionic lads.
At least I won't have to do dismounted figures for thm!
Dave.
Posted by Dave Huntley (sheepman) at 07:49 5 comments: