With the impending release of Dave Brown's new Napoleonic rules General d'Armee I figured that I would like to add to my somewhat limited 28mm Napoleonic collection of figures. I have loads of 15mm naps but only one brigade of French and one brigade of Brits in this scale.
Sorting through my now dwindling unpainted figure box I came across two battalions of Prussian infantry. As none of the guys at our local club The Border Reivers Wargames Society
have a Prussian army I figured that this would make a contribution to the upcoming games which everyone is predicting when the said rules arrive.
Having purchased a box of Perry plastic Prussians to finish off the regiment plus two command figures I thought I should get the photographs of the completed figures on here: 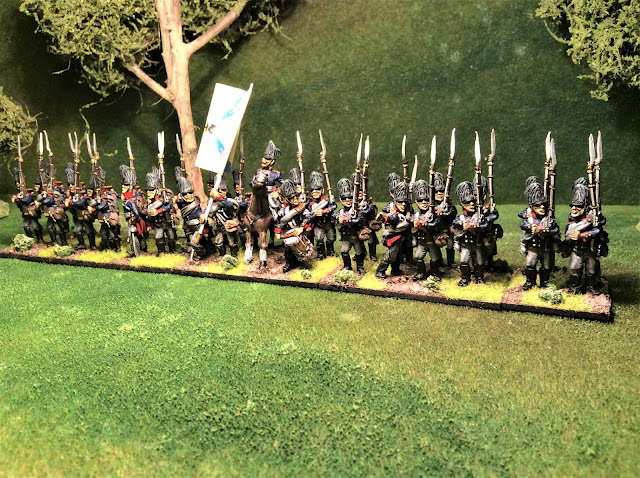 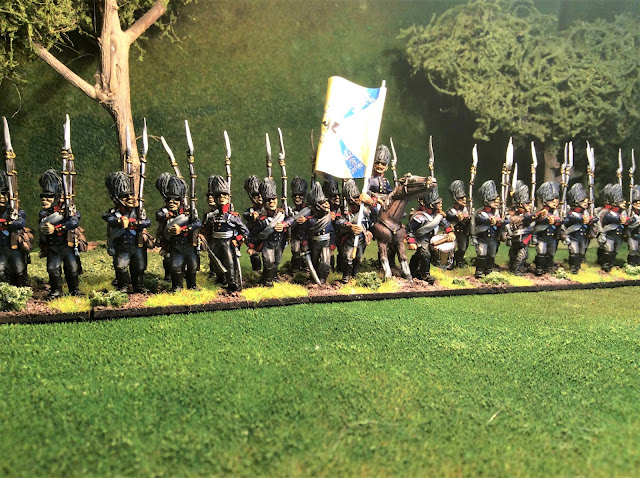 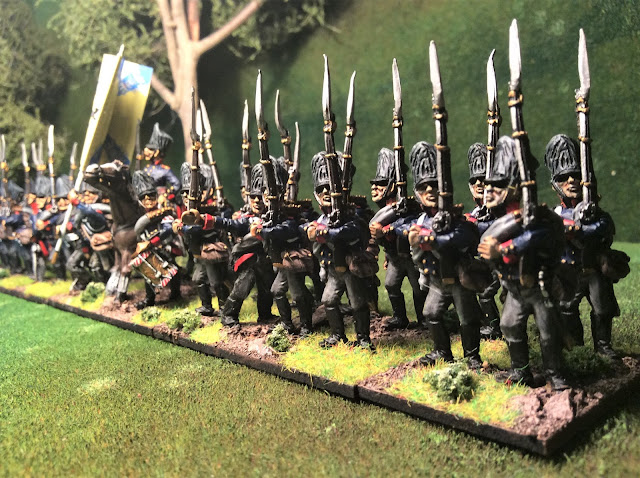 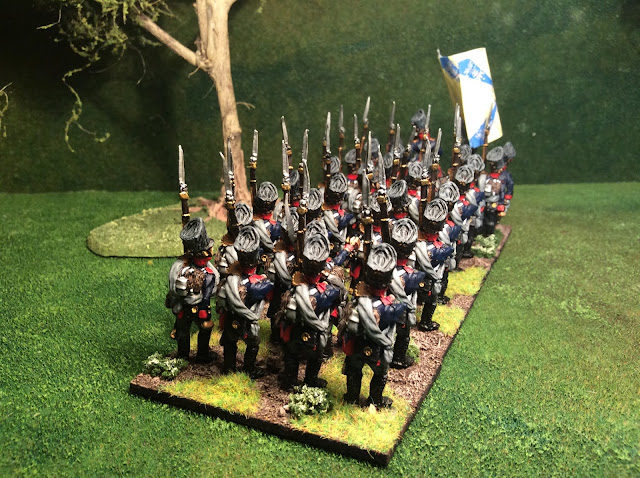 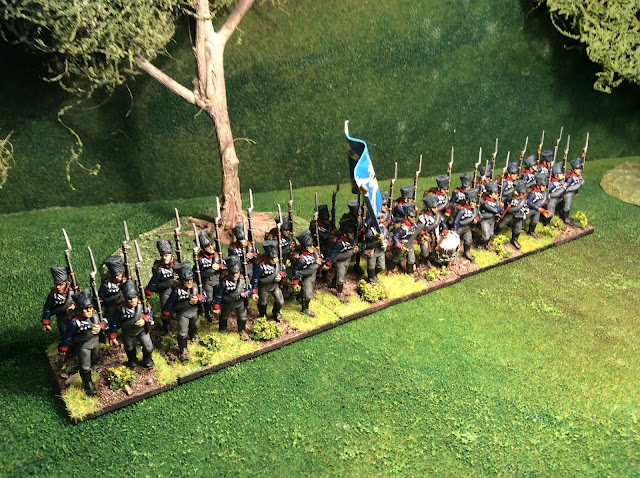 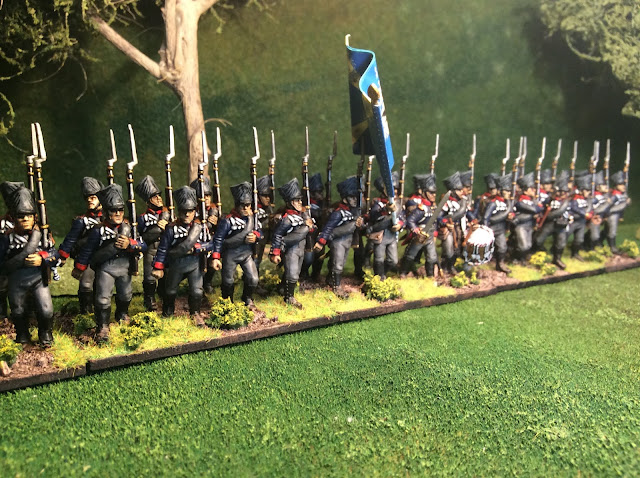 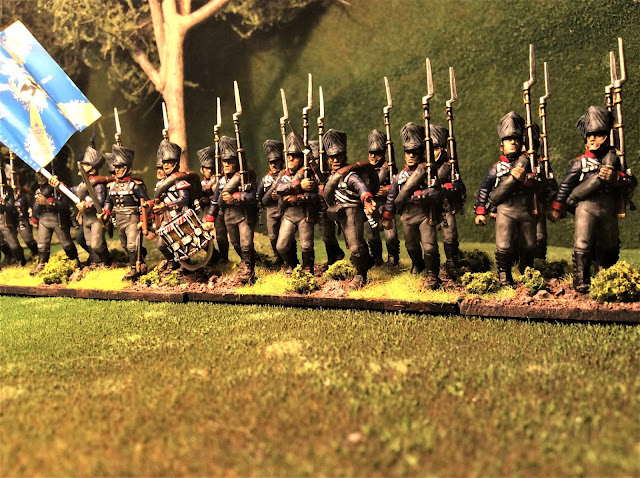 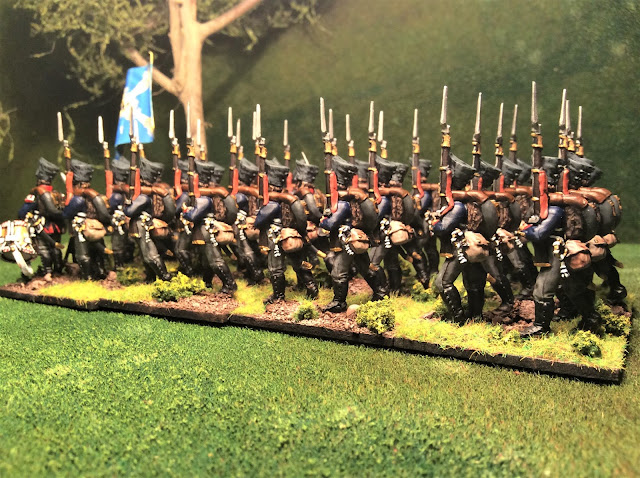 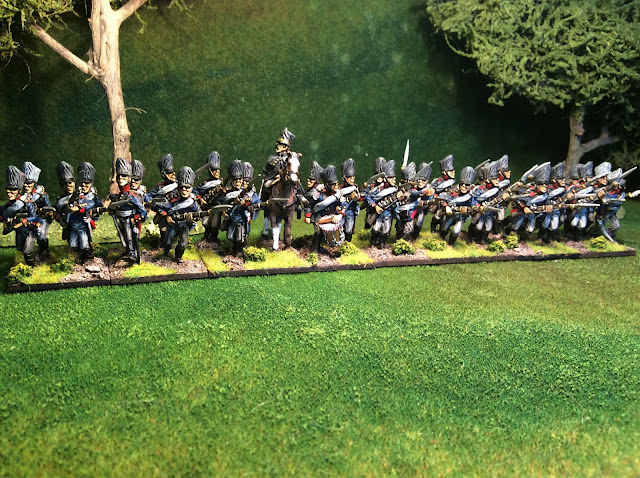 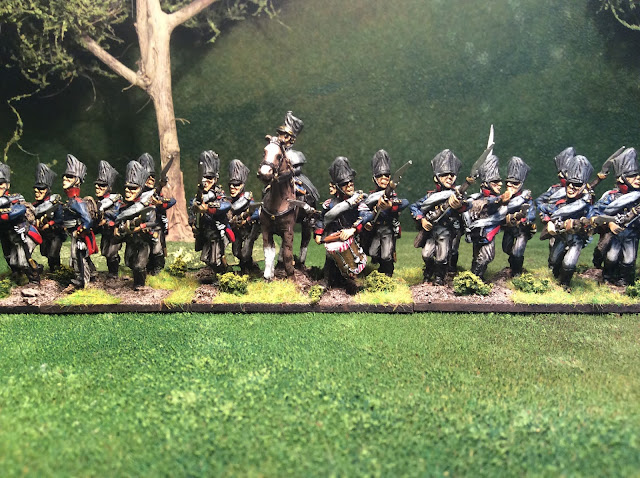 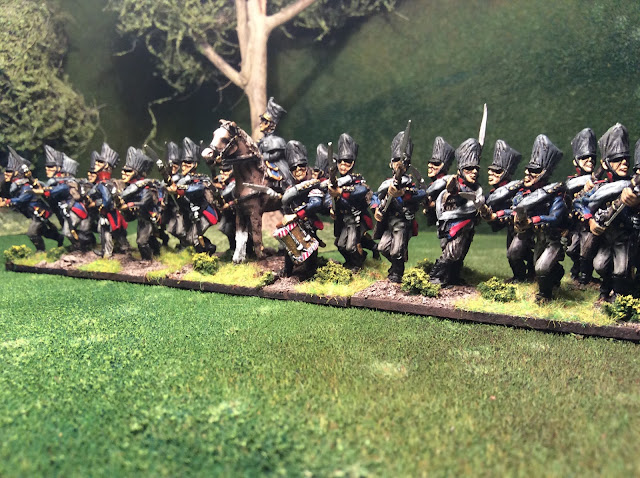 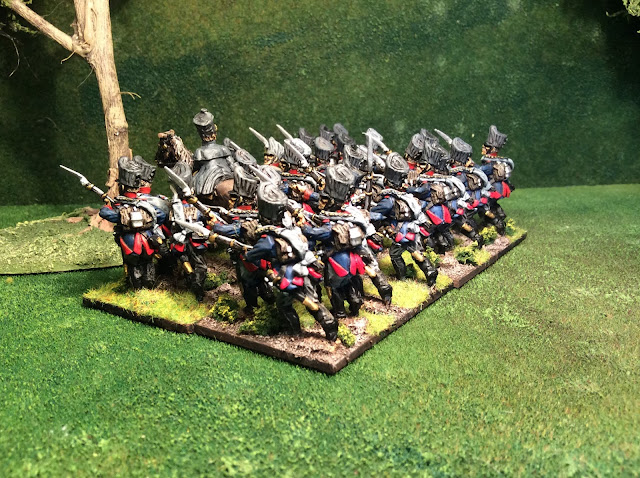 Fusilier battalion, 7th infantry regiment (2nd West Prussian). Elite Figures. I know, the Fusilier battalion should have a bugler instead of a drummer but I didn't have one so tough titty!
These were in advancing pose and I figured they would look better if as Fusiliers they were in skirmish formation. 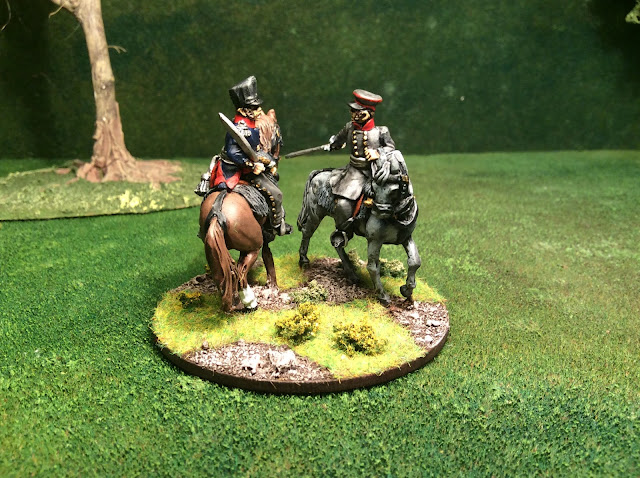 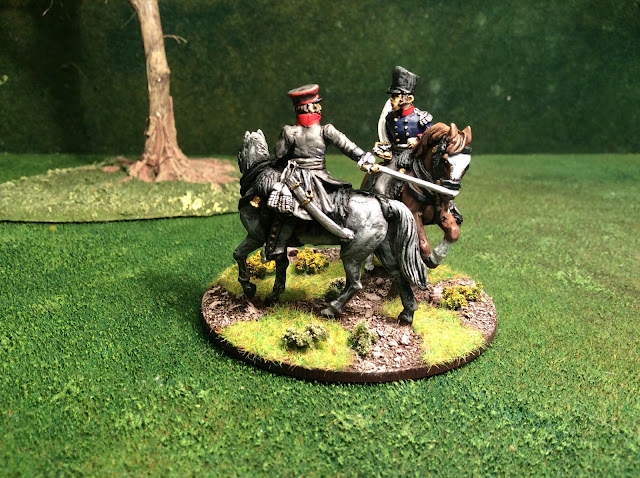