You could drive a coach and horses through this!

I have had this coach made for a couple of months but have been waiting for the two figures from Black Hussar Miniatures Here to finish it off. The idea was that rather than the usual horse riding general for the Austrians/Emigre etc I would have a more nonchalant gent dispensing commands from the comfort of his coach.
Rob Anderson kindly gave me the coach without having the foggiest as to where he got it from years back so I'm afraid I can't shed any light on it from that aspect but I do think it may well be 30mm rather that 28, which may suggest Redoubt, the coachman looks somewhat vertically challenged compared to the model but what the heck, everyone deserves a job right! Horses are Reiver Casting Here 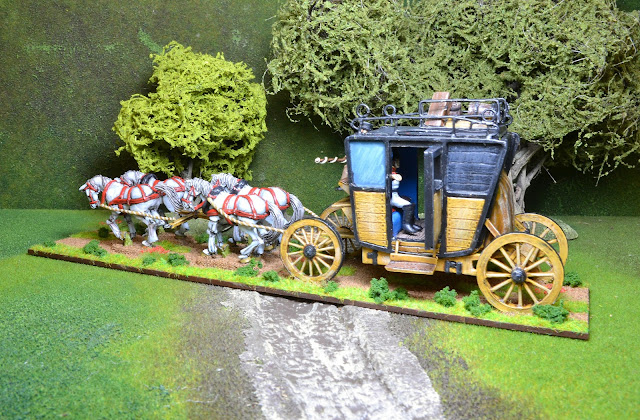 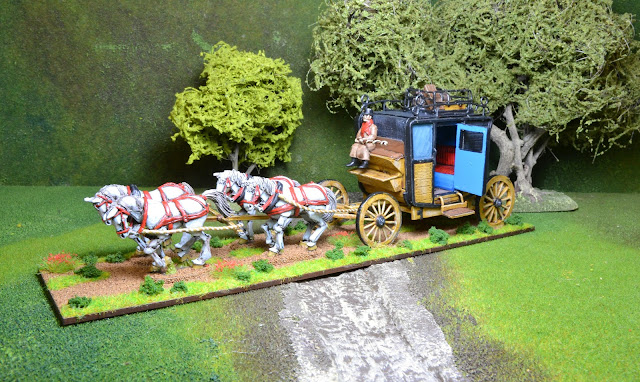 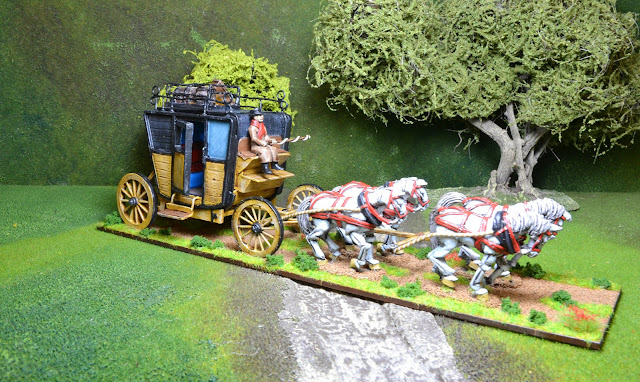 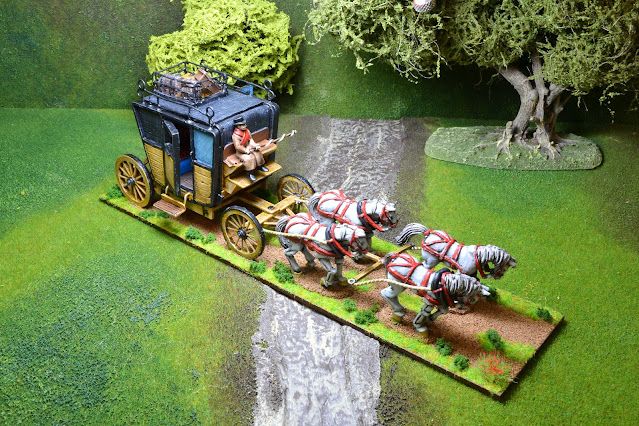 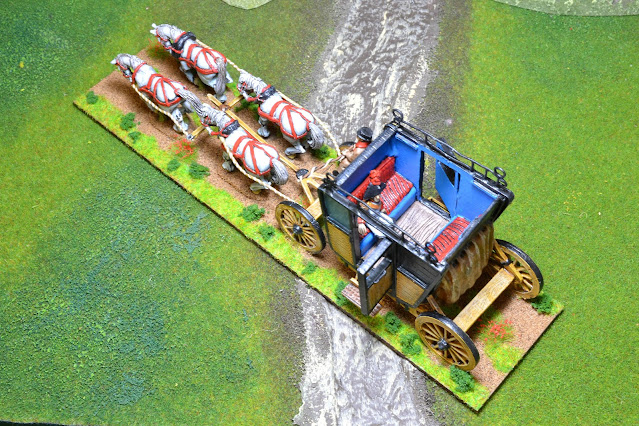 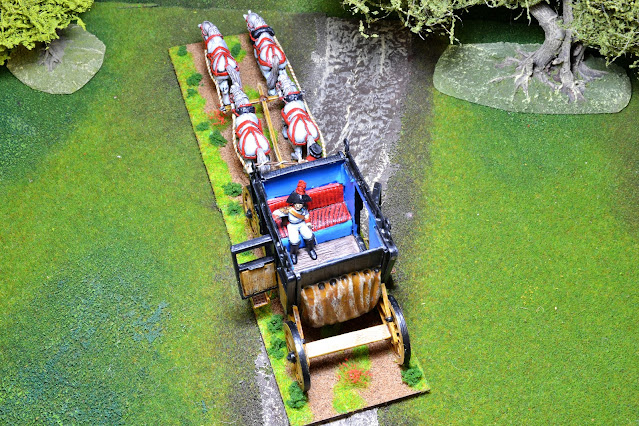 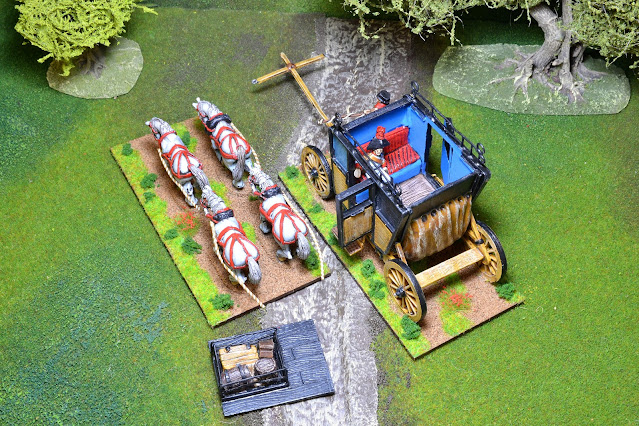 A nice addition I think. Well back at work now so I'm afraid wargame productivity will drop off quite a bit. Had a good run though!
Dave.
Posted by Dave Huntley (sheepman) at 10:30