How many! 10mm French horse artillery.

Now don't get me wrong, I'm not saying "pity me I'm poor" cause I ain't poor, I'm just careful with my money. Yeh, tight! But only on the odd occasion have I been in a position to start a wargame project totally from scratch, I have usually relied on at best other people wanting to get rid of figures and giving/selling them cheap to me God bless em so didn't rely on orders of battle but just used what was available and maybe added a few units to make them about right.

But with these 10mm Napoleonic 1812 figures I did decide to sell my 15mm stuff to fund this lot from scratch so could therefore look at various OOBs and go from there. Where dear reader is this all going, well it is telling you that I have always assumed in my ignorance that generally with the French only the cavalry brigades had the horse artillery attached with maybe a couple in the corp reserve. Shit there's loads, each division had one foot and one horse battery attached. So I had to paint them didn't I.

Here is a photo of one, I have done six of these plus one 12lb and some limbers so I'm sick of bloody artillery for now. 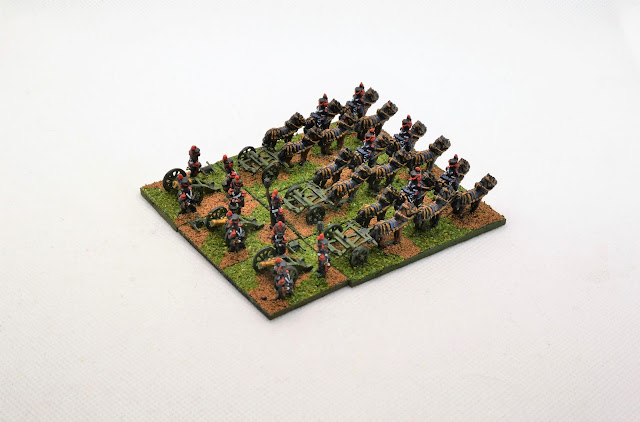 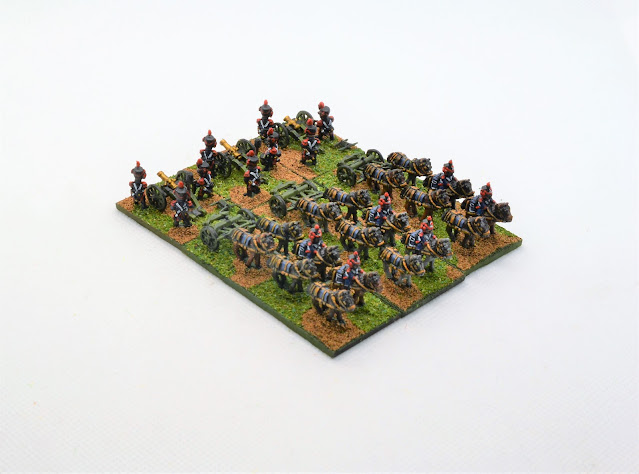