As previously mentioned I'm flogging two of my Elite French Revolutionary cavalry units off as I think they are a little large in size compared with the other cavalry units in the collection. Elite are great figures, though a bit Marmite for some folks (you either love em or hate em) but I decided to pay the extra and go for Eureka. These having arrived and having found the Elite a good loving home (one of the lads who follows this blog actually) I realised I never did put up pictures of one of the units I'm selling, the early French Chasseurs.
I consider this blog a visual record of the collections I have had in the past, those painted for others, those I own now and games I have participated in. It's really for me to look back at and though it's great that anyone else takes a small amount of pleasure in dropping by, truthfully the whole thing is done for selfish old me so I didn't want to miss out on getting these guys on here before they go off to a far better general than I'll ever be!
Painted about three years ago, French Chasseurs cir 1792-4: 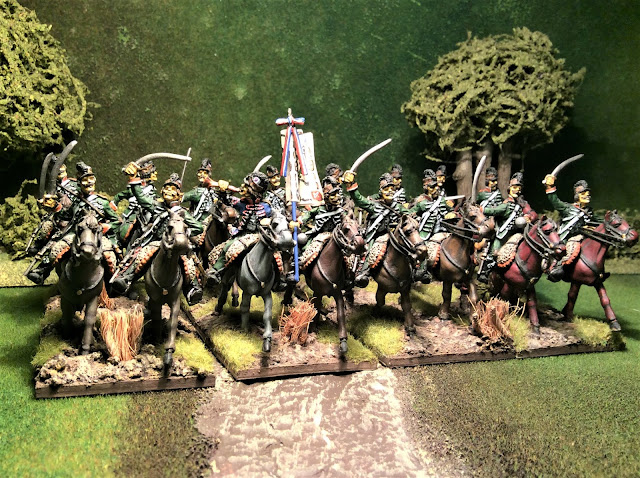 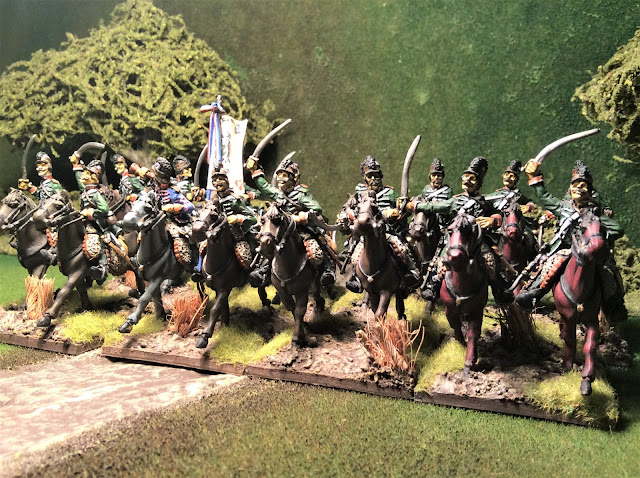 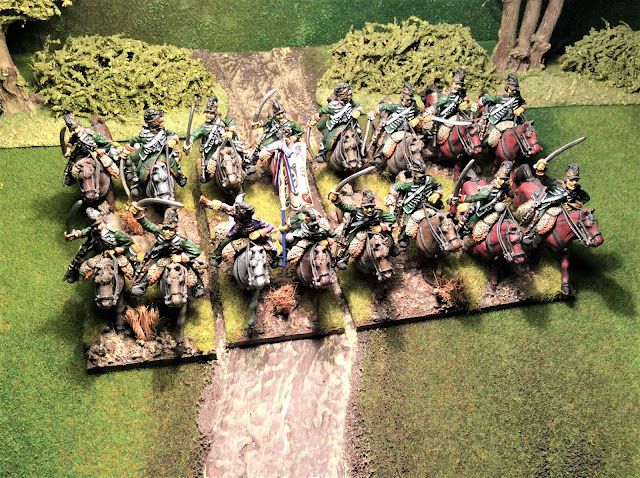 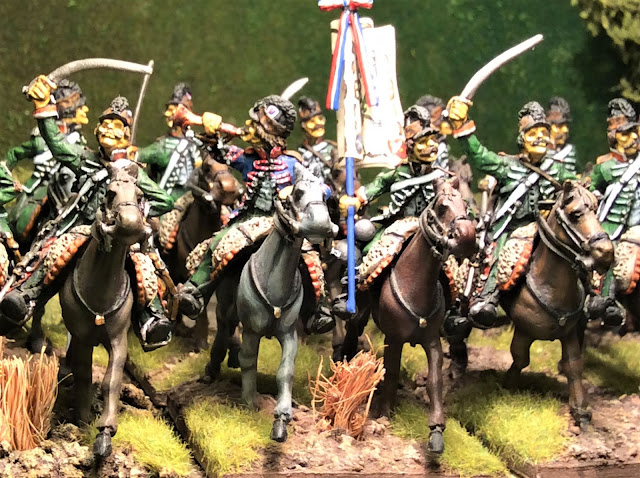 Hopefully I will post pictures of the re-done Austrian artillery battery this weekend.
Dave.
Posted by Dave Huntley (sheepman) at 15:16