I'm posting this today sitting straight and very carefully in front of the computer with a well iffy back. The rest of the lads at the club are having a fun time playing out an AWI 28mm game while I am stuck here, not that I'm envious or anything but what a bunch of bastards!
Never mind let's make the best of a bad situation and post photographs of a battery of French Revolutionary period Austrian 4pdr guns that I have re-furbish lately. I needed to do this as basically I had bollocked the original modelling/painting job up a couple of years ago. 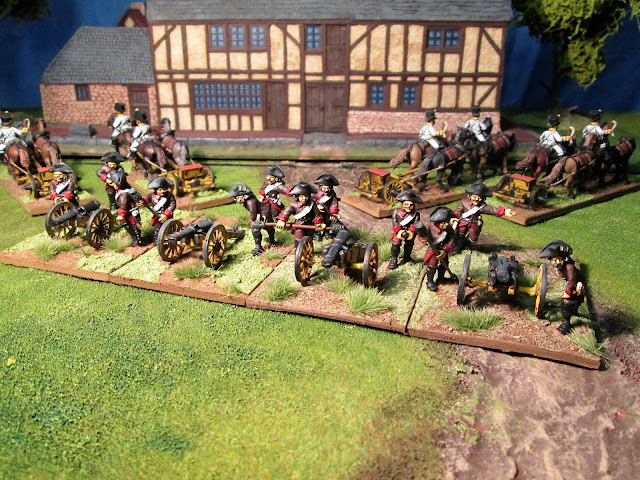 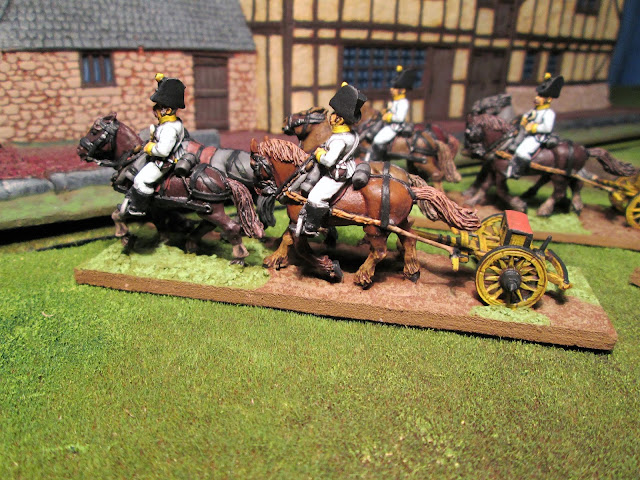 As you can see top picture the guns themselves are wrong, I didn't have the correct ones at the time so used whatever was lying around in my spares box, and though nicely painted (if I may say so myself) the limber riders should always have a much greyer uniform whatever part of the Napoleonic/Revolutionary period they are being portrayed as being from but also in the Rev part they had round brimmed hats and not the turned up type shown.
So, after receiving new artillery pieces from Eureka (along with a lot of other stuff, but more of that later), out with the modelling knife, the 'green stuff' and a watered down black wash and hey presto: 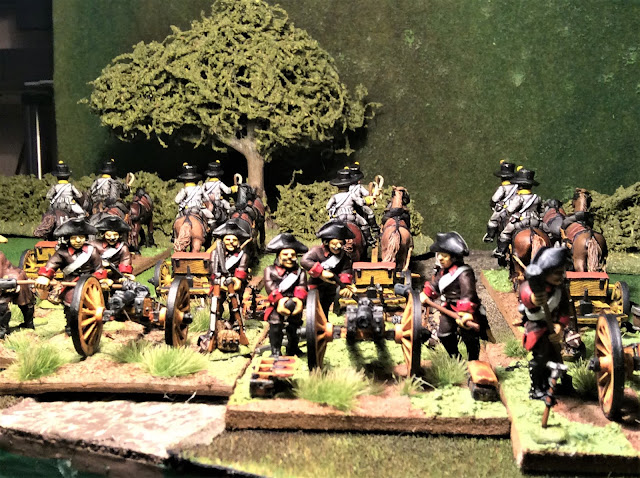 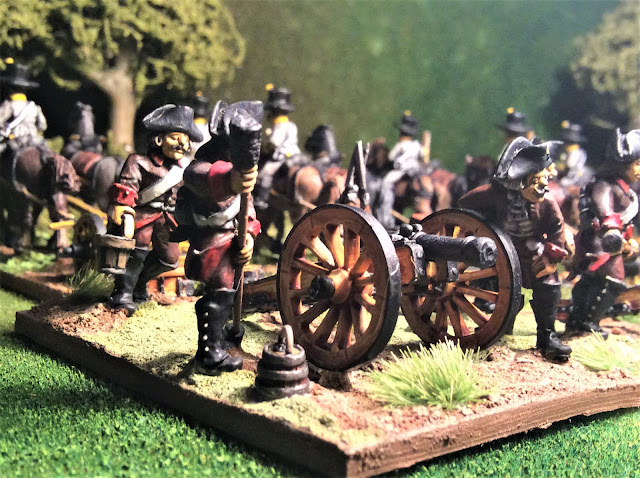 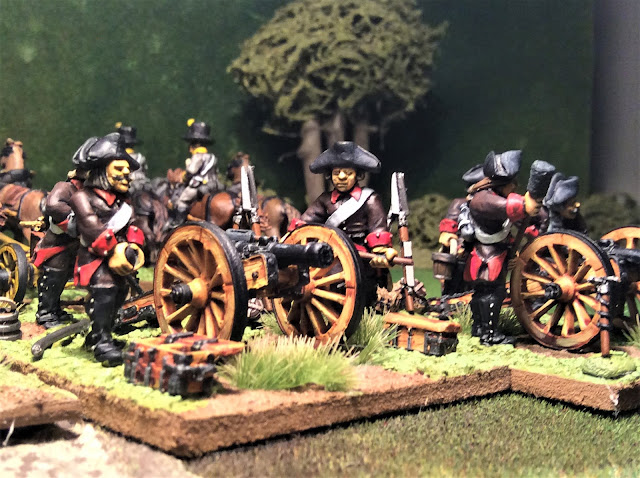 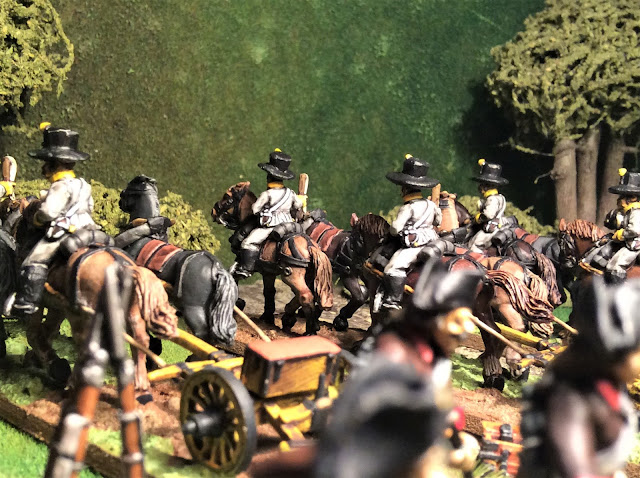 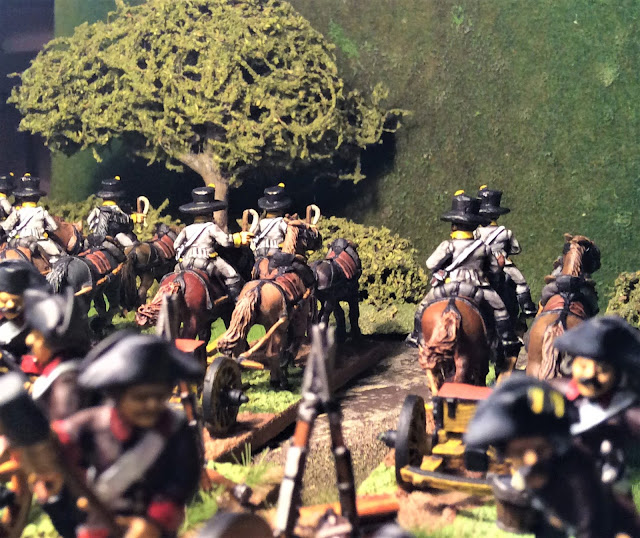 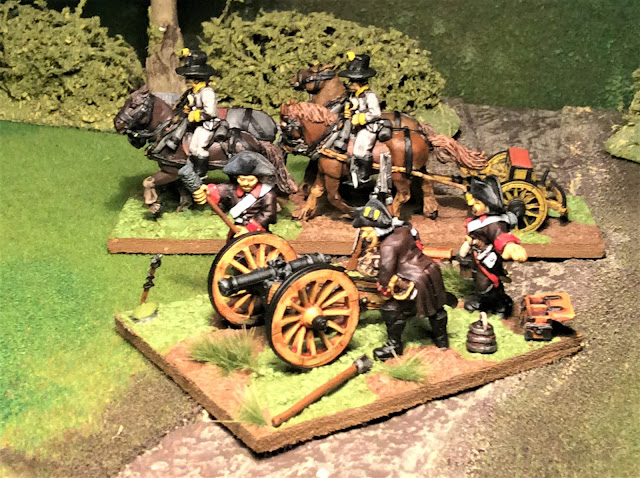 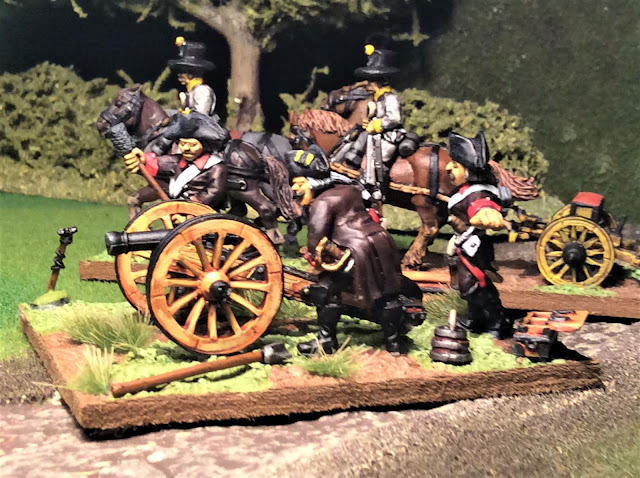 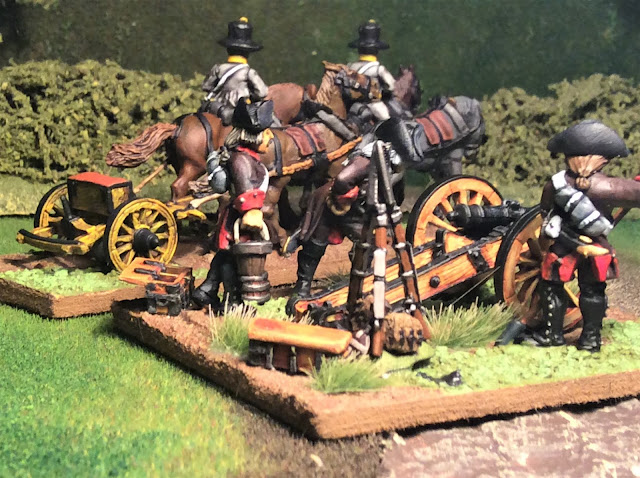 A fairly easy fix to be honest but enjoyable non the less. I am now mid way through painting up 16 Grenzers on skirmish stands so that the battalion in line can be 'broken down into that formation. May get them done next week, back permitting that is!
Dave.
Posted by Dave Huntley (sheepman) at 05:16